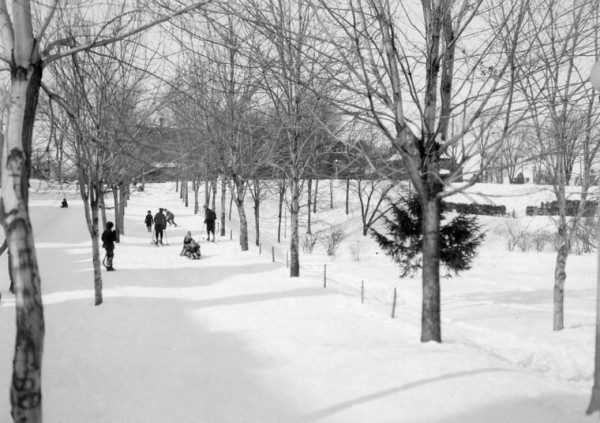 On the edge of the Rideau River, and embraced by the community of Sandy Hill, is Strathcona Park; an urban oasis which has been a popular outdoor retreat for National Capital dwellers since the early 1900’s. The park has a rich and colourful history, with its roots founded in its original use as a shooting range for battle training. When it eventually became a public park, it was redesigned in the traditional and picturesque English garden style. 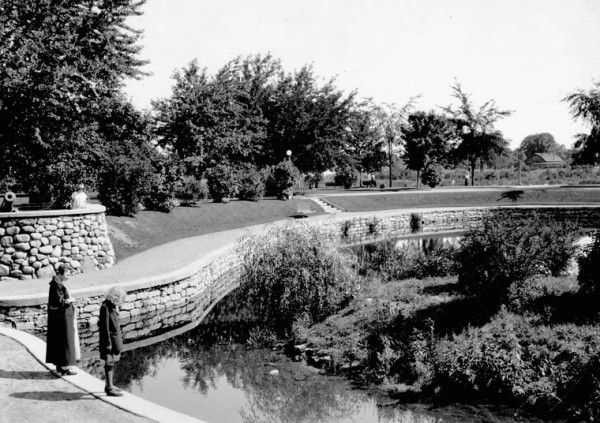 Strathcona Park has, and continues to be, a favourite year-round destination for many Ottawans and tourists alike. Public parks such as this one are an important part of our urban fabric, as well as the basic functionality of the city, as this collection of photographs shows us. These images are a small sampling of the multitude of photos capturing the 100+ year history of Strathcona Park and its continued use as an urban outdoor venue. 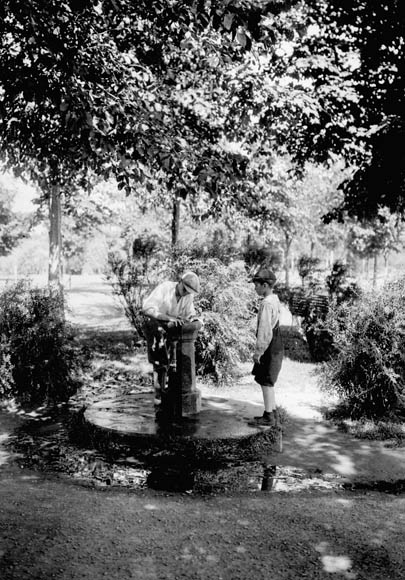 The above image of Strathcona Park gives an overall view of the park looking South from the Strathcona Fountain. These photos from around the 1920s predate the erection of the wading pool and play structure, showing the original ponds, which were eventually filled in. 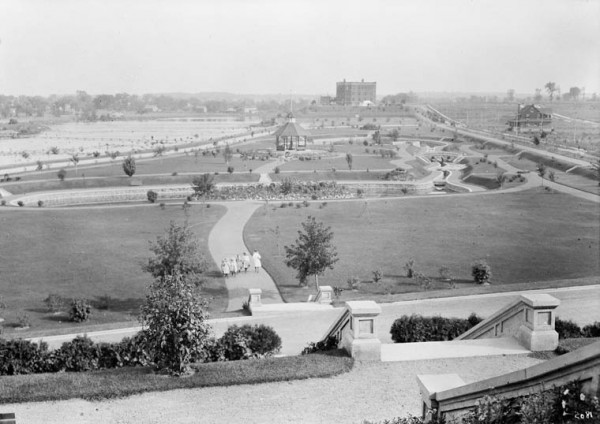 If you have yet to visit this delightful park within downtown Ottawa, be sure to venture out this winter season to experience some of its beauty for yourself! 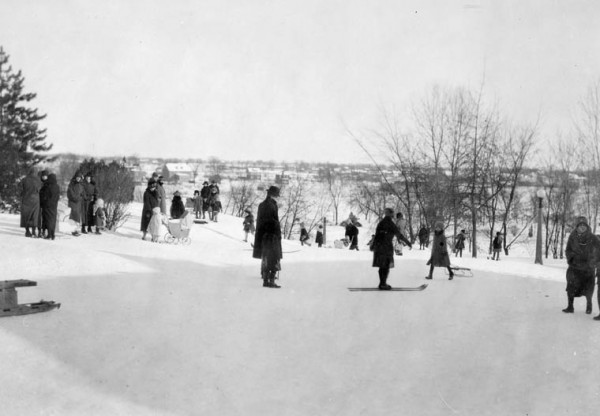 All Images: Library and Archives Canada