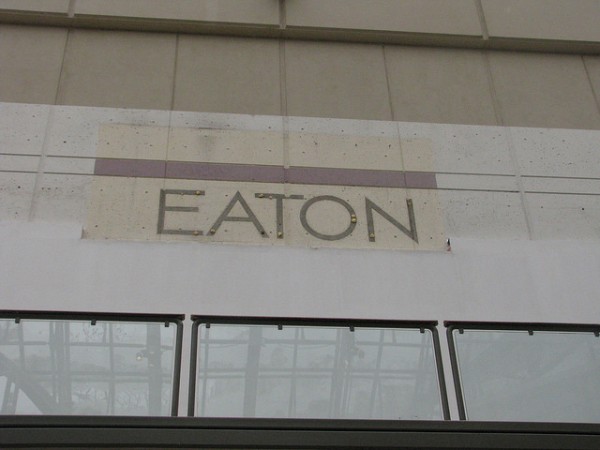 During the process of remodelling those portions of the Rideau Centre to be set aside for the incoming Nordstrom department store chain, some remnants of past occupants have been rediscovered and uncovered, if only for a time. In this case, it was the original anchor tenant, Eaton’s, whose previous signage was covered over by Sears Canada‘s logo in white on blue, which was exposed – dating back to the original construction of the Rideau Centre in 1981-82.