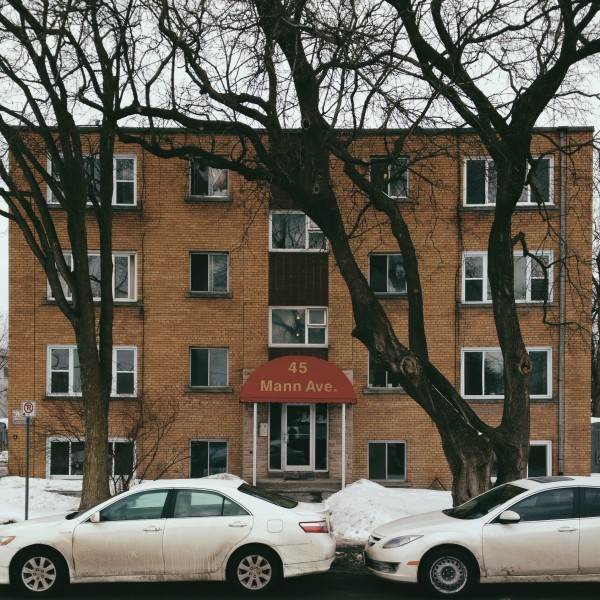 Today we bring you the first in a series of neighbourhood photo essays by Ottawa urban writer and wanderer Christopher Ryan, and explore the community of Sandy Hill South. Be sure to check back to see where Chris visits next.

Beginning in the 1920s through the 1950s, the south end of Sandy Hill experienced tremendous development. At one point, Mann Avenue (known until 1912 as Gladstone, and Ann before that) represented Ottawa’s southern city limit. Although it had long been absorbed, it was not until the late 1940s that this last significant development opportunity within the pre-1950 borders of the City of Ottawa city saw residential development. This past week, I decided to take a walk eastward along Mann Avenue, northward up Range Road, and back west along Somerset East. What follows are some highlights from this short walk.

A relative newcomer to the neighbourhood, the University Arms Apartment was constructed in 1962 by the W.R. Bourne Construction Company to serve as housing for the rapidly-growing University of Ottawa student body. The property was previously owned by the Ottawa Public School Board, but was considered surplus following the construction of Viscount Alexander School. Following some slanted shuffling of ownership, which exposed some of the Board’s dirty laundry, Bourne turned around and sold the land to Dr. Homer McIntosh, who retained ownership of the apartment until 1984. 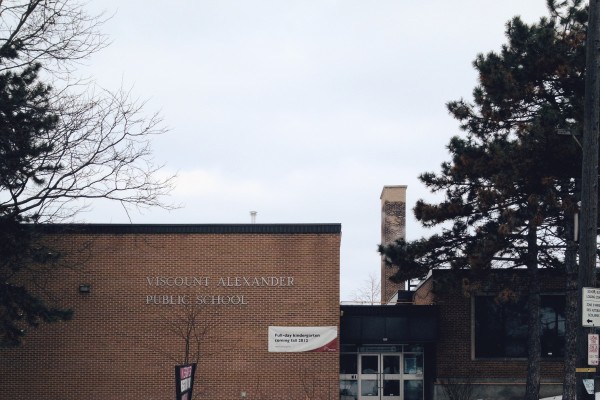 Sandy Hill was a neighbourhood that not only experienced development pressure from the growing university community, but also from the Strathcona Heights housing development. Viscount Alexander School was constructed in 1952 to address the need for class space and, although often threatened with closure, this small elementary school has remained in operation ever since. 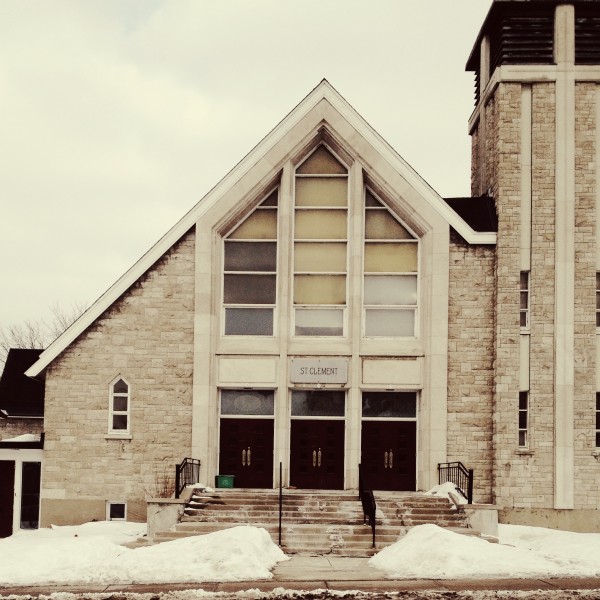 St. Pius X Church was completed in 1954 to serve the burgeoning Francophone population in Sandy Hill. The modern building was designed by architect Auguste Martineau, who was probably best known in the area for designing what was the RCMP Headquarters in Overbrook. Sandy Hill was also Martineau’s own neighbourhood. His self-designed residence at 38 Range Road is now the Embassy of Morocco. A separate school also services the parish which was later constructed at the end of Mann (St. Pie X Separate School, now the Youville Centre). The church became the home to the St. Clement congregation during the 1990s and has since been deconsecrated. Much like the University Arms down the road, the site is to be redeveloped with apartments aimed at students attending the University of Ottawa. 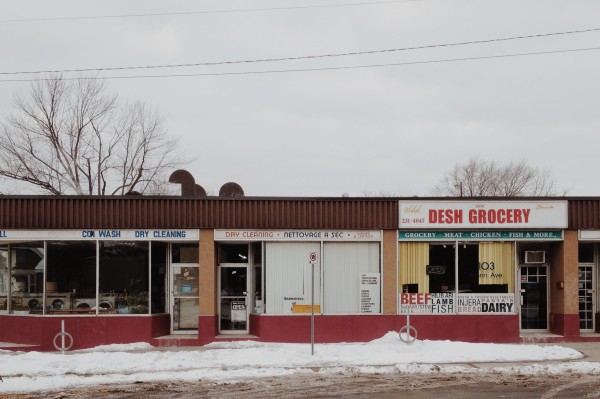 This commercial strip, located across Mann Avenue from the Strathcona Heights housing development, appeared more on a contingency. When Strathcona Heights was approved by the city, a shopping centre was included in the plans. When the CMHC failed to attract any commercial tenants, it was simply removed from the plans leaving over a thousand new tenants without a grocery store nearby. In order to tend to this need, businesses developed along the strip, including a small local grocery, which is now a ‘Quickie’ mart. 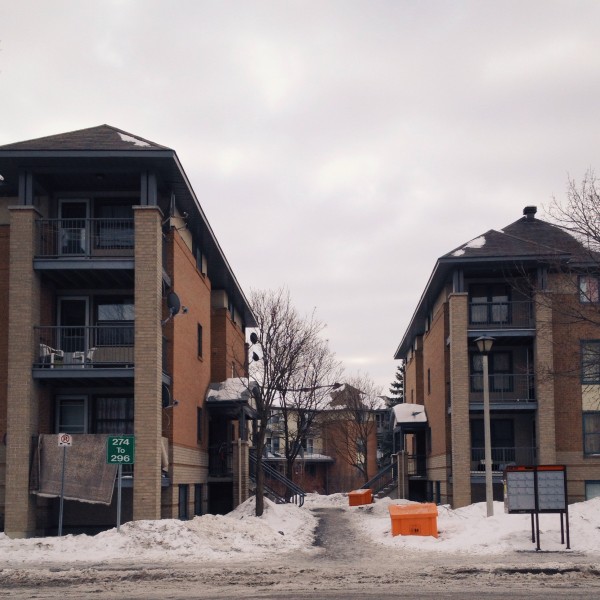 Originally known as the Mann Avenue (Apartment) Project, Strathcona Heights was constructed by the CMHC in 1947, initially to alleviate the housing shortage faced by World War II veterans. While the original reservation of units (at $45 to $55 per month) for veterans with two children was quickly relaxed, the community flourished, with vacancy rates virtually non-existent through the entire history of the development. In 1982, as it began to pull back from rental housing market, the CMHC sold the then 404-unit complex to the City of Ottawa. During the late 1980s, the city began a redevelopment project which has been consistently recognized as a great success. Strathcona Heights remains in Ottawa Community Housing’s portfolio to this day. 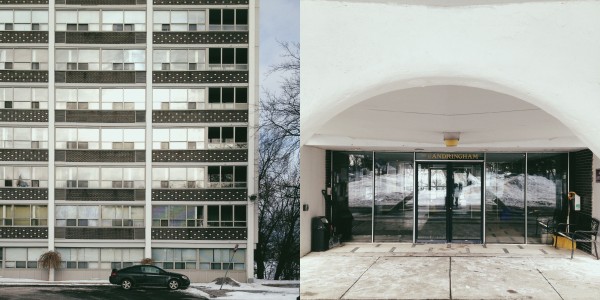 Situated on the site of the old Templeton Isolation Hospital, the Sandringham Apartments sit atop the hill looking over Strathcona Park. One of three Ottawa buildings designed by architect Peter Dickinson (the Juliana Apartments on Bronson, and the Police HQ on Waller, since demolished, are the others), was completed in 1958 and is today easily one of the best-kept mid-century modern apartments in the city. 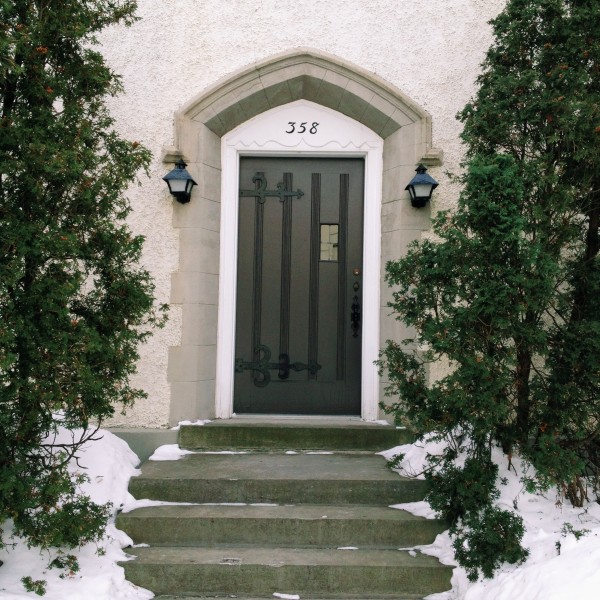 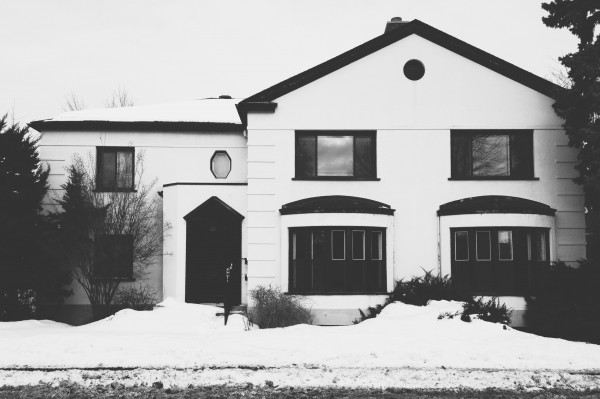 Turning back westward on Somerset East, the popular vision of Sandy Hill containing the homes of the more affluent (at least historically), becomes more readily apparent. The first pictured was the home of Canada’s Chief Electoral Officer, Jules Castonguay. His neighbour across the street at No. 357 was Myer Betcherman. No walk down Somerset East would be complete, however, without the home of Frank Lloyd Wright student, Francis Sullivan at No. 346. 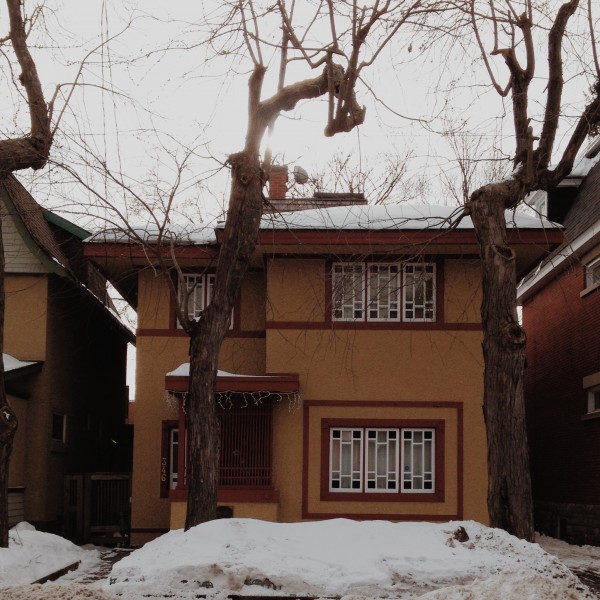 Story and images by: Christopher Ryan