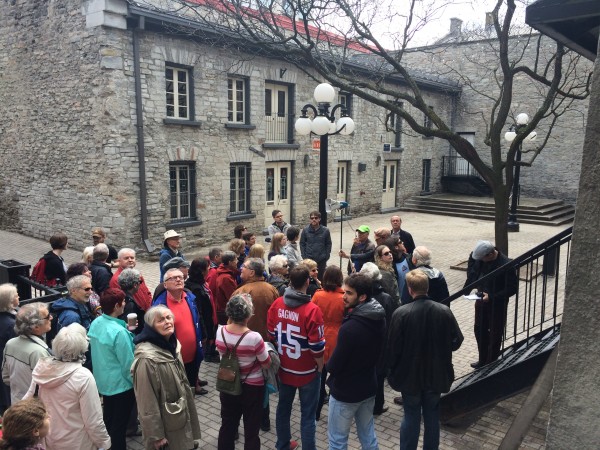 On the list of events was a well attended walking tour of the heritage features of Ottawa’s Market area; “The ByWard Market: Inside Stories of Heritage Conservation.” The ByWard Market is a neighbourhood in Lower Town Ottawa bordered by Rideau Street, King Edward Avenue and Sussex Drive. Founded in 1826, this area of the City is one of its oldest districts and also holds one of Canada’s oldest and largest public markets.

The tour was lead by local heritage architect Barry Padolsky who delighted the crowd with stories and anecdotes on Lower Town’s rich and colourful history. The route along William Street, Clarence and through ByWard Market Square offered plenty of opportunities along the way to discover and rediscover the hidden gems of the Market. 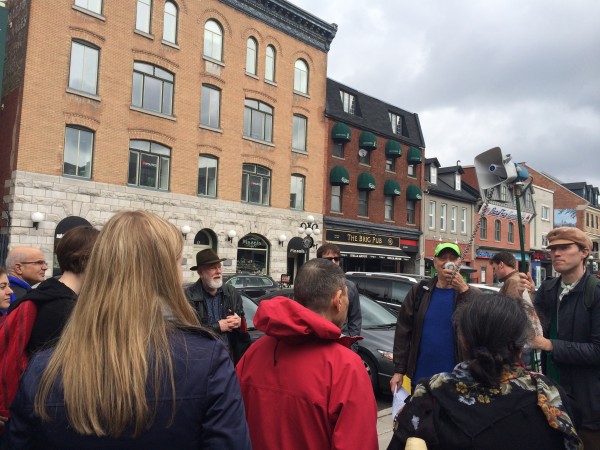 Passing along the Government of Canada’s “Mile of History”, a ceremonial route along Sussex Drive which was designed as a proud image of Canada’s Institutions and “Official Ottawa,” Padolsky was eager to test the knowledge of the group by asking which buildings they thought were original along a route expropriated for government use in the 1970’s. The answers set the tone for the rest of the tour. For while most people would believe that the buildings along Sussex and throughout the Market area are original to the neighbourhood, what this heritage tour was quick to point out was the diversity of building types, construction dates, and the evolutionary meaning of ‘original’ in an urban environment.

Through ducking in and out of the Byward Market’s many courtyards, one can begin to get a sense of just how woven together the layers of time really are. It became clear along the tour that the National Capital Commission’s (NCC) design intentions for the courtyards was the creation of a purely pedestrian areas of both activity and sanctuary, with each one holding its own ambiance and signature.

As a case-in-point, Clarendon Court is the backdoor to some of the Market’s most impressive restaurants, and an obvious ‘buzz’ can be felt amid the overlap of residents, shoppers and foodies. However, walk a mere one block over and the bustle of city life is a distant hum within the tranquility of Jeanne d’Arc Court. This open space was envisaged as a respite from the commonly active Market atmosphere. 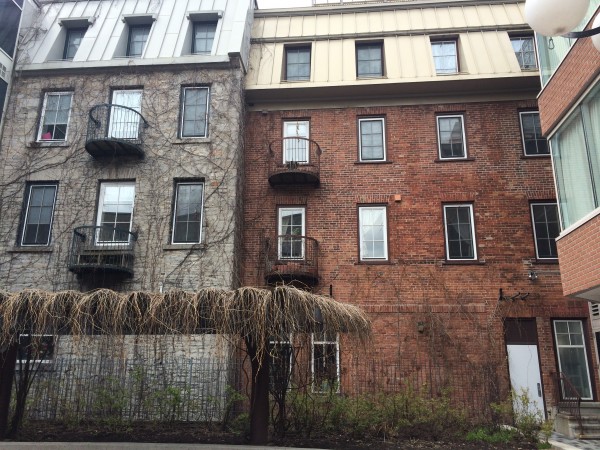 The tour concluded along the ByWard Market’s most Northernly plazas: the Tin House and Beaux Arts Courts. Here Padolsky pointed out the view of the Notre-Dame Cathedral Basilica’s South Porch progressing from Clarence to St.Patrick Street. This sight line was purposefully created and preserved by the NCC as a visual delight unfolding as the pedestrian meanders their way through these ‘back of house’ networks.

The ByWard Market neighbourhood of Ottawa is a patchwork of architectural interventions, government proposals and community stories. Each courtyard, avenue and ceremonial route is layered with a multitude of histories, which have woven together to create a dynamic urban hub. Ultimately, Padolsky’s tour of the Market area brought to light the many elements, for better or for worse, that makes up a historically rich neighbourhood. 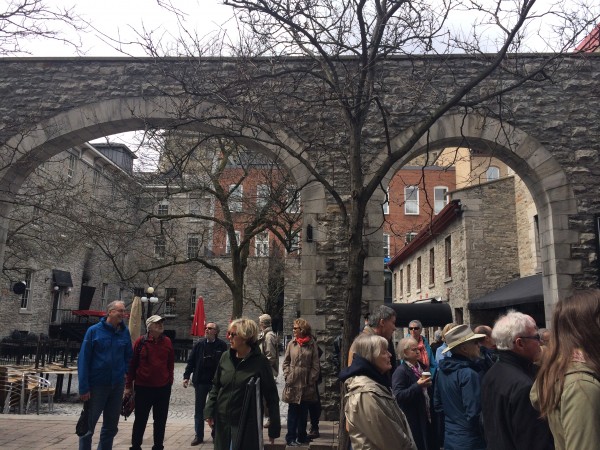 Jane’s Walk is a global event that has been recently held in as many as eighty-five cities in nineteen countries. The walk takes place on the same weekend worldwide, inspiring people to connect with and explore their urban environments. Jane’s Walk is a movement inspired by the work and passion of urban activist Jane Jacobs. Her work across the United States and Canada championed a fresh, community-based approach to understanding, organizing, designing, and building cities. Following her death in 2006, these tours have become a forum for continued learning and discussion.