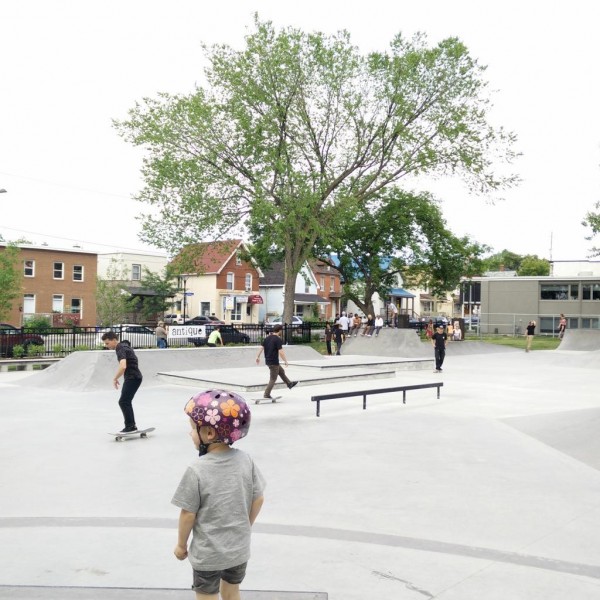 It’s been two and a half years’ in the making, but this weekend the new Charlie Bowins Skatepark at McNabb Park officially opened for shredding. A commemorative ribbon-cutting ceremony on Saturday morning was attended by Mayor Jim Watson, Somerset Ward councillor Catherine McKenney, the Ottawa Skateboard Community Association, skaters young and old, and those who came to remember Charlie Bowins. 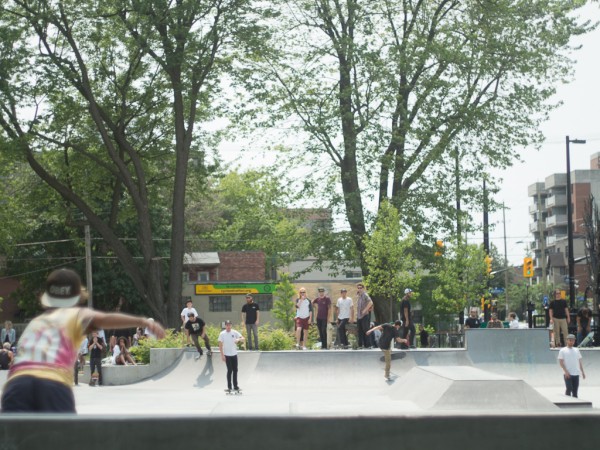 Plans for a new outdoor skatepark at McNabb began to come together in 2013, when members of the skateboarding community learned of a one million dollar budget allocated by Somerset Ward to redevelop McNabb Park.   Due to the inadequacy of the City of Ottawa’s 11 existing pre-fabricated skate parks, members of the community had already undertaken some leg work towards greater involvement with the City in the design process for future parks. The redevelopment budget at McNabb presented an opportunity for a concentrated grassroots efforts in petitioning, report writing, fundraising, and gaining the confidence of local residents. In this the Ottawa Skateboard Community Association (OSCA) was formed, with much support and advice from then-Councillors Diane Holmes and Jan Harder. 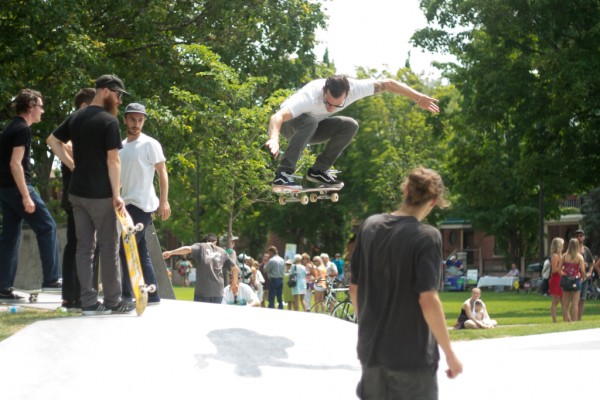 The OSCA’s efforts were led by Aaron Cayer – a civil servant and owner of Antique Skate shop, and graphic designer/ events co-ordinator Meaghan Isaacs. Being heavily involved in the city’s music and arts scene meant Cayer and Isaacs were met with extraordinary support from local restaurants, venues, bands, and artists from Ottawa and beyond. The OSCA was amazed at how those connected to the skateboarding community, especially in the downtown core, had stepped up to contribute in whatever ways possible. While Councillor Holmes’s budget allocated $300,000 for Phase One of the design and construction of a new skatepark, the OSCA raised an additional $200,000 for Phase Two of the park through their 1squarefoot campaign and the City of Ottawa’s recognition of the downtown community’s support for the project and the team’s efforts. Phase Two would be completed earlier this summer. 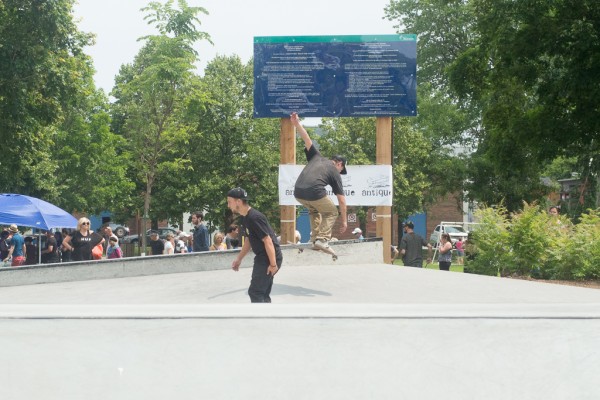 Amidst all this positivity and success however, the Ottawa skateboard community suffered a terrible, unexpected loss last March when Charlie Bowins, the park’s namesake, suffered a seizure in his sleep and passed away at the age of 27. Bowins was a familiar smiling face in the skateboard community, having worked as camp counsellor at McNabb’s indoor skatepark for nearly a decade, as well as contributing to the fundraising and design of the yet-unnamed skate park. As news of the loss spread, tributes poured in all over local media reiterating time and again that the community had lost an incredibly positive force and a kind, inspiring mentor to skaters young and old. 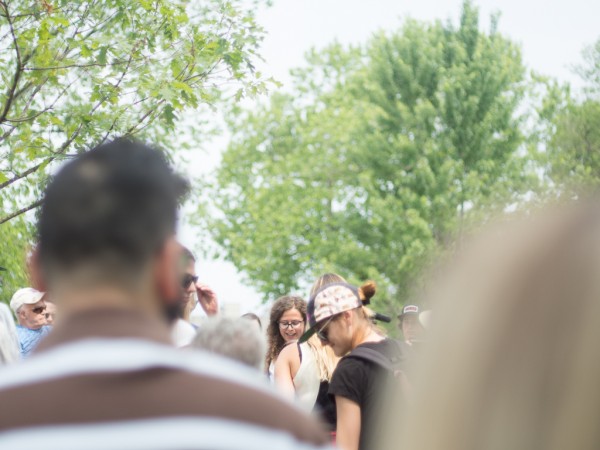 OSCA’s Meaghan Isaacs (center) offers a tribute to Charlie Bowins, touching those who came to remember the park’s namesake

It was only natural then, that the community would rally together in their grief and channel their energy into honouring Bowins by working to get the park named after him. The OSCA began collecting letters of support for a commemorative naming application in the weeks after Bowins’ death, and on June 10th Councillor Catherine McKenney brought the motion to council. The motion passed, officially christening Charlie Bowins Skatepark. 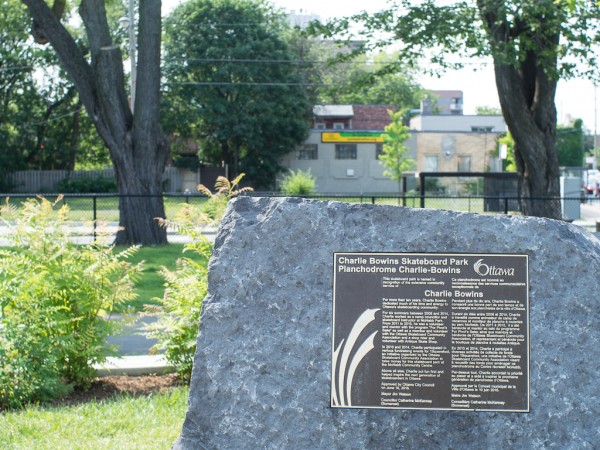 After a brief ceremony on Saturday, skaters of all ages took to the concrete, encouraging each other and keeping an eye out for the littlest shredders. Volunteer wardens from the skating community have already stepped up in keeping the park graffiti-free, out of respect for both the neighbourhood and the facilities they worked so hard to realize. A park designed by skaters for skaters is amazing for the novices and professionals in the community, but Charlie Bowins Skatepark will also be the base for summer skate camps and Thursday evening girls-only sessions, inspiring stoke in those new to the sport, and thus carrying on its namesake’s spirit of inclusivity, mentorship, friendship and fun in the name of skateboarding. 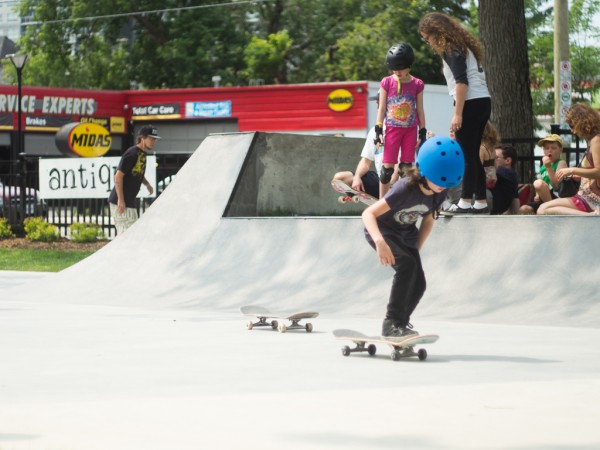 OSCA’s Isaacs encouraging a young skater. Isaacs also helps out at All Girls skate sessions on Thursday nights, which welcomes ladies of all ages and skill levels