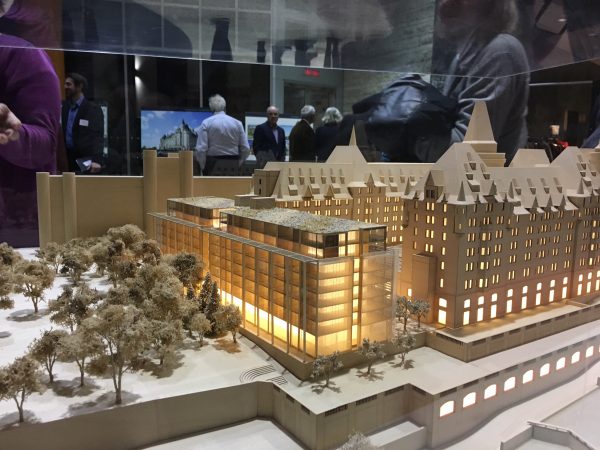 When the new design for the highly controversial Chateau Laurier addition was shared with the public in early February, it was immediately evident that drastic changes had been made to the 2016 plan for the proposed development. The overall scale and massing of the addition had been substantially reduced, and setback further from the property lines. The addition had been pulled away from the heritage building, creating a courtyard space and giving it more room to breathe and be seen. And the postcard-perfect roofline of the Chateau could now be observed from all NCC-approved protected views. Overall, it appeared to be more respectful of the existing heritage and surrounding cityscape, while working well in plan at the ground floor and roofline levels.

Yet some things were still unsettling and unsettled.

This was made further apparent at the February 28 City Hall public presentation given by project architect Peter Clewes, principal at Architects Alliance.

First, the addition still blocks almost all views of the original building from the north, when seen from Major’s Hill Park. Secondly, it’s important to remember that computer-generated images of glass buildings are almost always misleading in terms of how the as-built material will actually be experienced. Cases in point: the NAC addition and Shaw Centre bubble. There is nothing “almost invisible”, as Clewes referred to the Chateau addition, about these buildings. 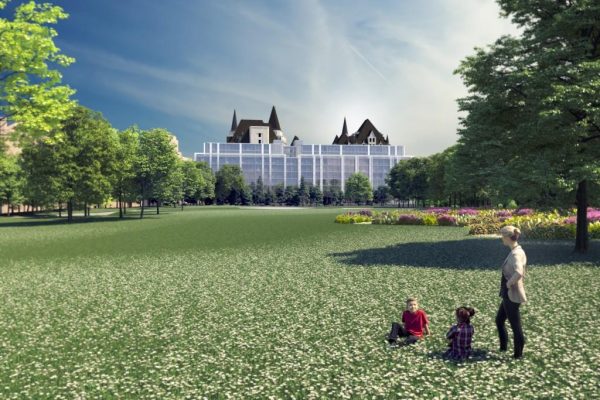 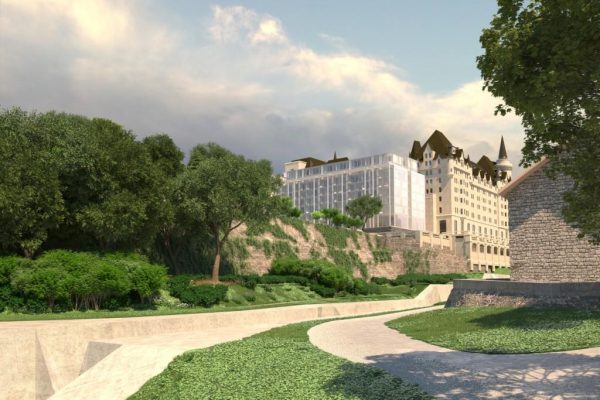 New design as viewed from the Rideau Canal. (Larco Investments)

Most significantly, however, it is the banality and unresolved nature of the architecture and its materiality – so hesitant that it is almost penciled into the images – that is most concerning. What will this whisper of a building in the computer-generated renderings look like once built with real structural members? What will this ‘glass box’ look like when hotel guests have their blinds closed? How transparent or reflective will the glass really be? For even glass with “slim metal projections” still has projections and structure. (Dare I say it, the original design might have had more guts architecturally?)

There is no question that the project’s architectural team is up against an impossible challenge. Who would want to be the one to design a building that must compliment, but not over shadow, but still be worthy enough to stand beside such an iconic building in the Canadian psyche? If such a building even needs (according to the owners) to be built, how do you do that responsibly on this site?

These questions made me start to wonder what else could take its place. And all I could think about was, why not wood?

Then I finally got to see the model. 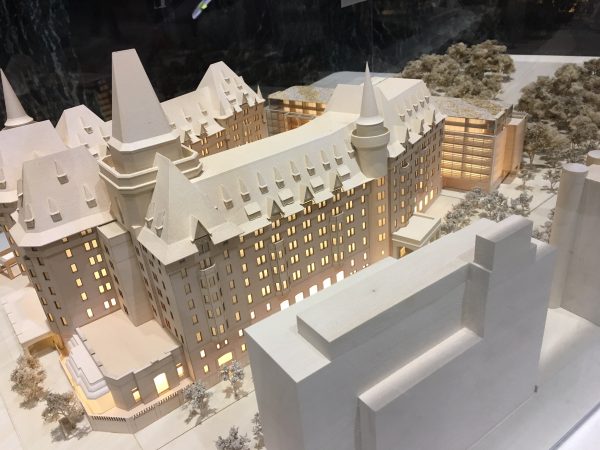 I had such anticipation for this moment because I already new the ‘drawings’ that had been shared with the public were ‘fake news’ to some degree. I wanted to see the real materiality of the architecture. But what I saw instead was (again) simply an abstracted representation of the yet-to-be-fully-realized idea of the architecture. And yet I could not have been more excited to see it, the entire model, built out of basswood. For it was wood all along that I have envisioned.

So why not build it out of wood?

Yes, there would still be lots of glass. And yes, it would be a chance to show sustainable and innovative uses of a Canadian material; one closely tied to Ottawa, and the Chateau’s adjacent Rideau Canal’s history of logging. 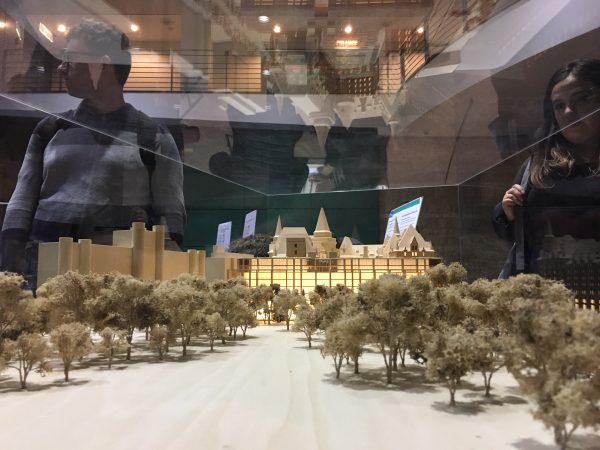 There is even a Government of Ontario “Tall Wood Demonstration Projects” initiative that is targeted at “providing funding for the development of tall wood buildings in Ontario that are 7 storeys and above.” Maybe wishful thinking… but maybe not completely… 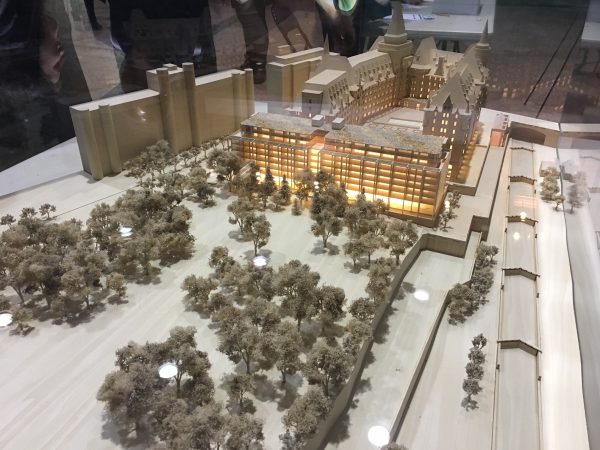 While I completely agree that the addition needs to be of our time, and not a mockery of the past, it’s not an issue of being modern, but rather not being banal and dated.

For a glass block of a building is a little cliché, even for today, no?

Kristen Gagnon, M.Arch graduate and PhD Candidate, is the architecture editor and columnist for Spacing magazine. She has spoken about the Chateau Laurier addition previously on CBC’s Ottawa Morning.