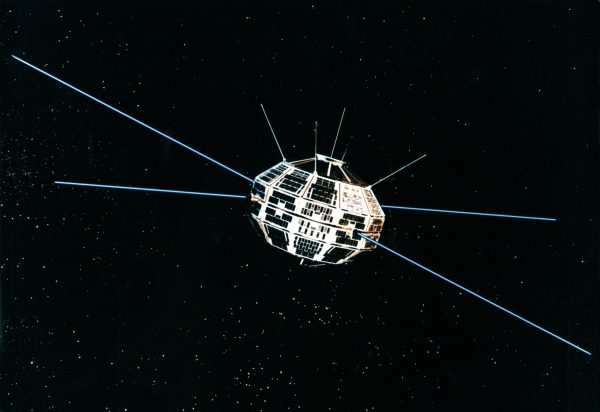 The first human artifacts appeared in space in the late 1950s: strange and beautiful satellites, many of which remain in orbit today. The American Vanguard 1 satellite and the upper stage of its booster rocket were launched in 1958 and are thought to be the oldest artifacts in space. The first Canadian satellite, the Alouette, was launched in 1962 and remains in orbit, circling the Earth roughly every two hours

From downtown Ottawa it’s a twenty-minute drive to the mysterious National Defence laboratories where Canada’s first satellites were designed and built: the Shirley’s Bay Campus. The Campus isn’t open to the public and little can be seen from the perimeter of the sprawling property apart from a handful of tall radio antennae and the backs of the main research buildings. The first buildings on site were erected in 1950 but the Campus continued to expand over the 20th and 21st centuries. There are a number of historical antennae on site, including the Kennedy Antenna , built in the 1960s to receive data from the Alouette satellites. Canada’s earliest satellites, the Alouette and ISIS satellites, reported data on the Earth’s ionosphere, part of the upper atmosphere. This recording of the Alouette 2 was made in 1965. The Alouette and ISIS satellites all became un-operational — or “derelict” — decades ago. 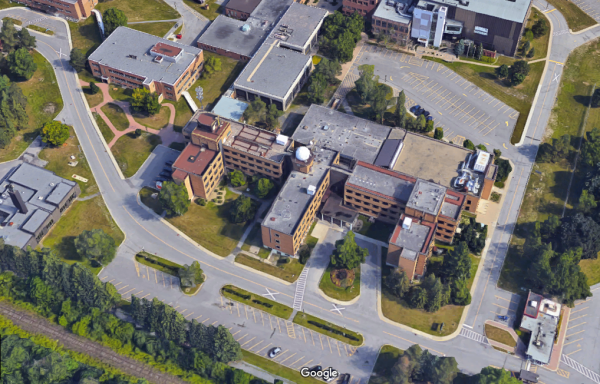 A wide variety of military science has been carried out at the Shirley’s Bay Campus. After the Second World War the Canadian military grew increasingly interested in the arctic and this led to a range of arctic research programs at Shirley’s Bay. The Protective Sciences Division tested equipment and clothing on a team of military personnel whose nine to five included walking on treadmills in the “Cold Room”, a room kept chilled to -40 C and fitted with fans to simulate the arctic wind. In the early 1950s a “UFO Watching Station” was established along with an associated lab researching the potential manipulation of the earth’s magnetosphere to facilitate new, saucer-like forms of travel – both facilities were central to Canada’s famed Project Magnet . A more detailed account of the history of the Shirley’s Bay Campus can be found here. The Campus is currently in use by the Canadian Space Agency, National Defence, and Communications Research Canada. 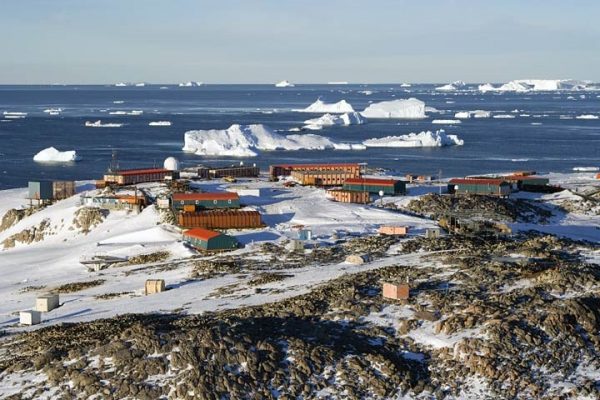 Along with the Shirley’s Bay Campus, the Alouette and ISIS satellites were tracked and recorded by a handful of other stations in Canada and dozens more internationally. These sites include dramatically isolated research stations like Dumont D’Urville Station, Terre Adelie, Antarctica, built 1956, and the Lincoln Laboratory , Kwajalein Atoll, Marshall Islands, built 1962. NASA built the Cotopaxi Satellite Tracking Station in 1957 on the side an active volcano, near Quito, Ecuador. In Canada, four stations acquired satellite data for the Aloutte/ISIS program: Shirley’s Bay, Ottawa, built 1950; the Shoe Cove Tracking Station , St. John’s, Newfoundland, built 1960; Resolute Weather Station , North West Territories; built circa 1947, and The Prince Albert Radio Laboratory , Saskatchewan, built 1959. Collectively these sites present a constellation of Cold War artifacts and their locations on the globe illustrate historical geopolitics – political territories and relationships.

The Shirley’s Bay Campus, with its historic antennae and laboratories, is likely the most important site associated with the Space Age in Canada. Despite meeting many of the criteria for heritage designation, the campus is not currently recognized as such. According to this article, the three government agencies operating at the Campus undertook a study to consider restoring and moving the 180-metre Kennedy Antenna to the entrance of the Campus where it could be publicly accessible. Best practice in the heritage field generally encourages retaining features in their original location as that context has meaning although there may be a strong argument that the Antenna will never be publicly visible or accessible in its current location given the sensitive nature of the work being carried out at the Campus.

The government agencies operating the Campus should consider the viability of opening the Campus to the public once a year for Doors Open. It would give Ottawans a chance to more meaningfully interact with this important yet secretive site. Who knows, maybe one-day the Campus will be vacated by the federal government and adaptively reused as a new neighbourhood incorporating the historic elements of the site, similar to the anticipated Booth District . In the meantime you can explore the Shirley’s Bay Campus through satellite imagery or by taking in its X-Files vibe from outside the perimeter fence. 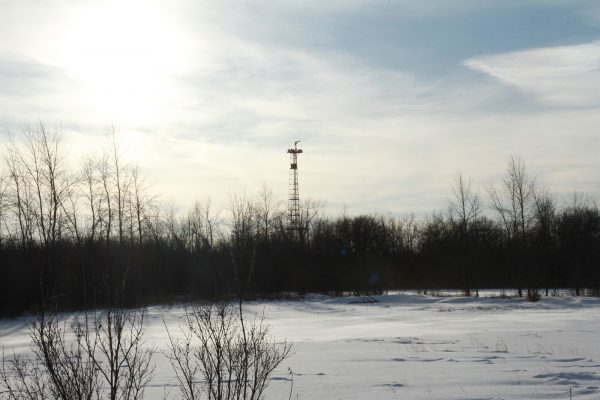