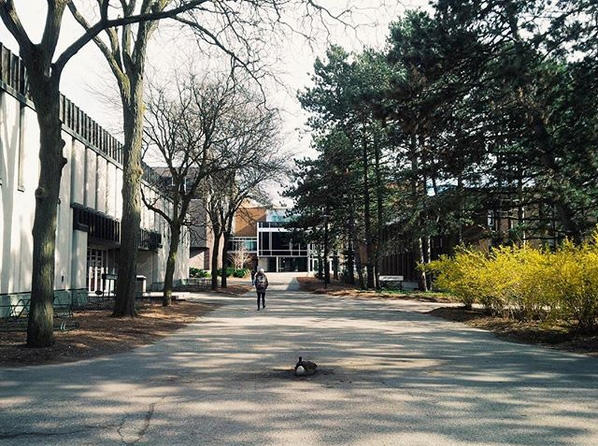 Many of my formative experiences have been spent on two islands surrounded by a larger body: the University of Waterloo in the City of Waterloo, and Kanata, a community in the city of Ottawa. In each of these two islands, I only felt like I was a member of that little island until I consciously realized how much I was lacking by not considering the entire unit.

Andrew Clubine, the Vice President of Education at the Federation of Students (UW’s student union) was convinced that the world-renowned co-op program was a contributing factor to this lack of identification. “You’re in and out so often that you don’t really identify with the city,” he tells me.

It’s this feeling of transition that resonates with so many of my other UWaterloo friends. Nataly, who never tried to get co-ops in the region, always viewed being in Kitchener-Waterloo as “transitional stage” in her life, and Graham felt that having consecutive co-ops and academic terms in the city helped him feel more a part of the region.

Stephanie, who confessed she never explored the city, still identified with Toronto, and Julia didn’t feel she identified with the city until she had adjusted and started going to events in the city, and living off campus. The contingent of students who didn’t take the initiative to explore the city on their own probably never felt that connection to the City of Waterloo.

It was a damn shame, in my mind. At the time I graduated, the region was exploring how to keep students in the city after they finished their undergraduate degrees (and a year later, when I attended a UWaterloo alumni event in Ottawa, Waterloo MP and Cabinet Minister Bardish Chagger greeted the group of students to whom I was speaking with a “what would make them stay in Waterloo?”). It would be much more difficult getting students to settle in the city if they felt separate from it.

I was one of those students for a large portion of my entire undergrad, and when I realized, I set about making up for lost time: in my last year, I frequented local coffee shops and made friends with baristas, attended community consultations where I was the only person under 30, walked endlessly in neighbourhood parks at 2 in the morning, and snapped my fingers at local poetry slams. I didn’t end up staying, but I when I left Waterloo for the last time, I really felt like a resident of the city.

I thought about the years I had felt so comfortable in the confines of campus, and how the University had felt like a small city complete with its own food sources, political system, and communities, like an island. Often, I didn’t feel the need or desire to leave campus for weeks—I only did so to sleep. Otherwise, I spent upwards of 10 hours on campus each day.

How healthy is this for a city, I wondered, to have a potentially large segment of its population disengaged? How healthy was it for me to have done that to myself?

They were questions that I occasionally broached as I moved back home to Kanata after I graduated in Spring 2017 (I was looking to gain some experience and money for grad school). In the months before moving back home, however, the question of being a part of an “island” in a city began to weigh more heavily. I’d lived in the suburbs (Barrhaven and Kanata) for most my life and I identified heavily with them, simply because I knew and explored so little of the city at large. It felt improper to do the same thing at home that I did in Waterloo.

A bit about Kanata: it really was an island pre-amalgamation, just as Nepean and Vanier were. It was its own city, after all, and the community of Kanata pre-amalgamation was incredibly strong. In Comparative Civic Culture by Laura Reese and Raymond Rosenfeld, the authors write that residents in Kanata were most likely to be negative about amalgamation than others in the Ottawa area—likely because they had such high community participation pre-amalgamation (which led to strong service levels and government responsiveness that they were loath to part).

Kanata was designed specifically to be a community on its own. Bill Teron (described often as “the Father of Kanata”) centered his design around residents, nature, and a feeling of togetherness. While university campuses are different creatures from neighbourhoods, there is a shared subconsciously built insularity. My parents, other than for work and a few other appointments, can spend years in Kanata without needing to leave (even then, Bill Teron along with Marianne Wilkinson and John Mlacak, tried to avoid this by intentionally attracting high tech companies with space).

When I came back to Kanata, I wondered whether I could really consider myself a resident of Ottawa since I was really from Kanata and issues outside the Greenbelt are so different from the ones within. I wonder how well and deeply I can know a place (downtown Ottawa) where I’ve never lived, but have worked in for more than a few years—and does knowing a place thus imbue you with the power to call it “home”?

I ruminated and asked my Facebook friends whether they identified with Ottawa, Kanata, both or neither, and many iterated a familiar intonation: Kanata to those in Ottawa, but Ottawa to those outside of Ottawa.

I remembered how I’d missed out on calling the City of Waterloo home, and I was eager to rectify this mistake when I returned to Ottawa. I walked through streets I had no reason to be on, aggressively searched for and embedded myself into communities outside of Kanata (both geographic and non-geographic), and found my own watering holes in places like Quitter’s (okay, a part of Stittsville, but still), the NAC, Britannia Beach, Happy Goat Coffee, those red chairs beside the Canal, and Moulin de Provence. I made friends from a variety of neighbourhoods.

I realized recently that much of this exploring was anxious touristing to satisfy a subconscious need to justify calling Ottawa home. After all, I actually lived on the city’s fringes, outside of the greenbelt—my home was wildly different from the downtown core so associated with “the City of Ottawa” and I’d developed a weird shame for being displaced from its standard visual narrative. I suspect it’s a feeling common to many of us living outside of the greenbelt, and more, for many residents who don’t fit the steady, 9-to-5, highly-educated public servant image (and especially so, I imagine, for racialized communities, communities living on the margins, and those who don’t see themselves reflected in prim-and-proper splashy government stock photos).

What I tell myself is that I’m a resident of Ottawa and Kanata much in the same way that, by the end of my university degree, I’d become both a resident of the City of Waterloo and a student at the University of Waterloo. It is the surrounding body of water that makes an island what it is and, for better or for worse, each contribute to making the other what it is. 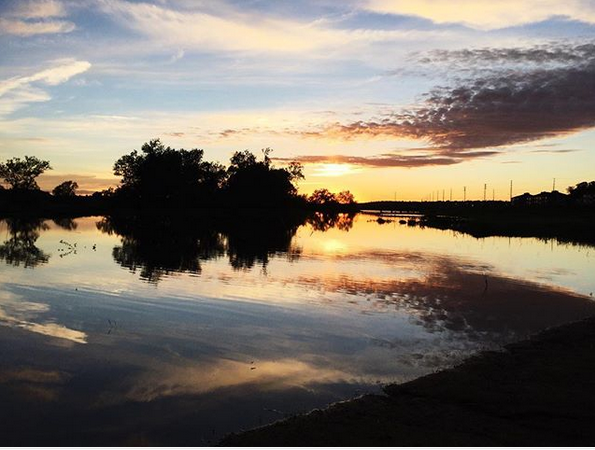 —
Story and photos by Amy Zhou