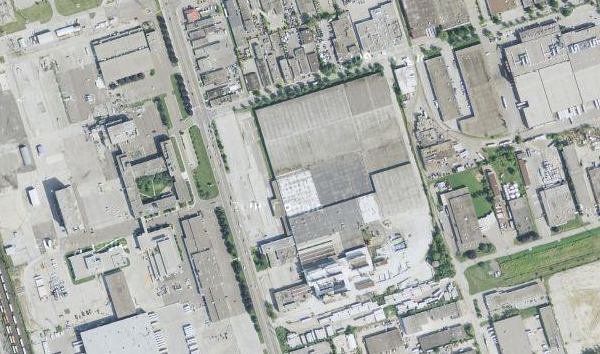 Forget Hollywood North! Toronto is all about excellence in the magical world of movies. Think you can figure out where this cinematic purveyor is? Take the Satellite challenge! We’ll update you later today.

UPDATE: Ready to see what film centre this turned out to be? While the race was neck and neck between the Pinewood Toronto Studios and Cinespace Film Studios, the answer was the latter. Located at 777 Kipling Avenue in Etobicoke, the 30-plus acre property was acquired by Cinespace in December 2009. Cinespace housed such populist feature films as “Resident Evil: Afterlife” and “Saw 7”, and is the current studio home of television’s “Flashpoint”.