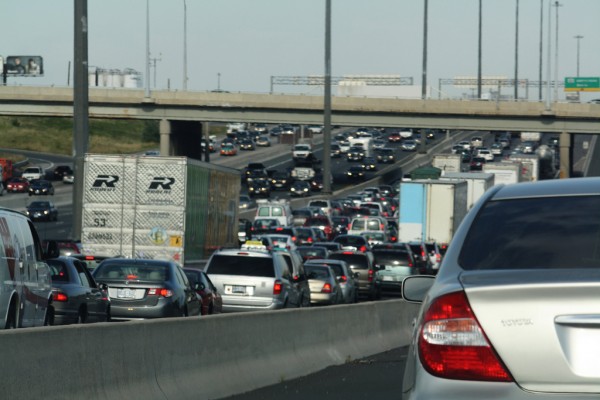 Why have Kathleen Wynne’s Liberals suddenly started talking about capping tuition fee hikes (at 3%, down from 5%) and auto insurance premiums, the latter a long-standing demand by the NDP?

On its face, the government appears to be looking for a political détente with Andrea Horwath in the run up to this year’s provincial budget, which, if defeated, would trigger a general election. But I’m surmising that Wynne — who traded shots with Horwath this week about the new taxes required to fund regional transit in Greater Toronto — is playing the long game, and it’s all about The Big Move.

Aware that she’s facing a defining moment with the long-awaited June 1st release of Metrolinx’s revenue tools recommendations, Wynne seems to be looking for ways to cut expenses for Ontarians in the run-up to a contentious debate over the adoption of measures that will effectively claw back those reductions. In other words, the government wants to be able to say to voters (and the opposition parties), “Hey, these new levies and taxes will be off-set by the cuts we’ve already approved, so you won’t end up falling further behind.” To use the hoary old political cliché, “revenue neutral.”

Horwath, meanwhile, is staking out an infuriatingly vague position, with her calls for a “fair and balanced” approach to raising revenues for transit, among them suggestions for a corporate tax hike.

This whole debate, which is getting warmer by the day, will take a new turn later Tuesday morning when Metrolinx reveals a short list of proposed revenue tools.

The long list — a 230-page report, prepared by AECOM and KPMG that evaluates 25 revenue tools — was released with little fanfare two weeks ago, on the same day the Toronto Region Board of Trade announced its recommendations.

While this report received scant public attention, it is a key document in the debate that will play out over the next two months and well worth reading for those who want to figure out how Metrolinx came up with its Oscar© nominees.

Here’s the trailer: AECOM/KPMG assessed all 25 tools[i] according to a series of 18 criteria grouped into seven broad categories: revenue potential, cost, overall impact on behaviour and network performance, technical implementation considerations, governance, equity and distributional impact, and economic efficiency. For each criteria (e.g., revenue sustainability), the consultants scored every tool on a scale of one to five (i.e., worst to best). The report has a table on page 225 that summarizes all these scores.

So for example, an increase in corporate income taxes rates a four for revenue potential (high), only two for time-savings, and five for “vertical equity,” which is the term the report uses to gauge how progressive each measure is.

The report also provides estimates on the short- and long-term annual revenue potential for each tool (e.g., $170 million to $310 million annual from a 0.5% increase in the corporate tax rate). And it includes some commentary on how each tool can be implemented, case studies from abroad as well as lessons for Metrolinx. I’d say the agency got its money’s worth, but this is still raw data.

According to John Howe, who is spearheading Metrolinx’s investment strategy evaluation, the agency must now refine its analysis by asking questions such as these:

Metrolinx vice-president of communications Judy Pfeifer says the agency in the coming weeks will release two more reports. One will lay out a more precise statement of values, based on both the AECOM/KPMG evaluation and the results of the feedback collected during Metrolinx’s consultation sessions. The second will show how various levies or combinations of fees will impact household budgets.

This latter report, I fearlessly predict, will not only attract “above-the-fold” and somewhat screechy media coverage, but also marks the moment when Metrolinx finally begins to attract the broad public engagement it claims it has been seeking.

While the AECOM/KPMG report lacks a lot of crucial information, its scoring matrix does invite some back-of-the-envelope number-crunching. I decided to assess each revenue tool using two filters:

For (1), the following tools scored a 4 or 5 in the highest number of evaluation criteria: cordon charges, employer payroll tax, transit fare increases, fuel taxes, High Occupancy toll lanes (HOT), sales tax, highway tolls, and the vehicle kilometres travelled (VKT), which, Metrolinx officials admit, is not presently in use on a broad scale. Of those, just four — employer payroll tax, fuel tax, sales tax, and tolls — are deemed to be serious money makers.

For filter (2), the list from (1) grows to include carbon tax, land value capture, development charges, tax increment financing, parking sales tax, parking levy, corporate and general income tax, new vehicle sales tax, property tax, transportation utility levy, and the vehicle registration fee. (The acknowledged limitation of (2) is that the sum of the scores for individual criteria is an imprecise statistic because it doesn’t reflect their relative weightings.)

If Horwath’s advisors are tuning in, incidentally, the corporate income tax scores very well on equity and very poorly on economic impact. And contrary to her claims during last week’s speech at the Board of Trade, neither development charges nor land value capture generate significant revenue (both scored just 2).

Using a much more granular analysis, Metrolinx will spend the next two months making a strong public policy case for the finalists that will be released today. This past Friday, agency officials insisted their recommendations wouldn’t include any political hedging. Choosing a seasonal metaphor, Pfeifer said, “Our stuff [will be] fully baked.” Carving the turkey will fall to the politicians around the cabinet table.