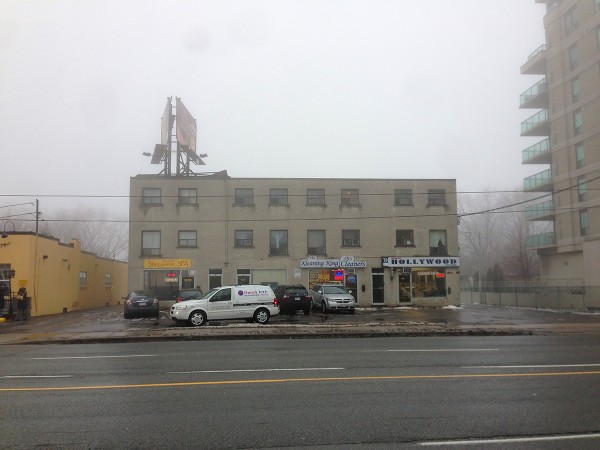 Last week I attended the Chief Planner Roundtable, hosted by our celebrity civil servant, Jennifer Keesmaat. The topic, the Next Generation Suburbs, is of great importance to Toronto. One presenter, City of Toronto planner Ann-Marie Nasr, pointed out that two-thirds of growth in Toronto will take place in these inner suburbs.

While the event was Toronto focused, presenters were free to discuss their ideas and thoughts on the topic. The cast included public and private sector stakeholders representing architecture, planning, development, health, transit and academia. Early on it was established that Toronto has denser and more transit dependent suburbs than its North American counterparts, but the discussion did not define what exactly are the suburbs.

Everyone agreed that suburbs are changing; but only York University professor, Roger Keil painted a positive picture. With too many great lines and comments to list, he silenced the crowd and left moderator Keesmaat impressed. He even accused Jane Jacobs for leaving an anti-suburb legacy. In defence of these areas, Keil proclaimed, “[m]any downtowns are now Disneyfied, predictable and uniform. The inner suburbs are raw, unpredictable and diverse, full of neighbours and strangers alike.” You can read his full remarks here on the his York University Global Suburbanisms blog.

Keesmaat carefully reiterated that a conversation on defining the suburbs must begin, but panellists offered diverging viewpoints. Nasr offered that Lawrence Heights, south of Yorkdale Mall along the Allen Expressway, is typical of what we mean when we say suburban, while architect Ralph Giannone offered Don Mills and Port Credit as examples.

Later, councillors got in on the fun and shared their views. Shelley Carroll insists that a “sense of place” can exist in the suburbs, as well as in privately owned space such as shopping malls. Gloria Lindsay Luby maintains that people do want to live in the suburbs, “where the birds don’t bump into glass towers” (Don’t tell her that one of the biggest culprits is a trio of towers by the Scarborough Town Centre). However, her ward neighbour, Peter Milczyn rejects the notion of suburbs, as Toronto is part of a post-modern multi-nodal city region.

The discussion concluded that a sense of community could be fostered no matter if the urban form is, as Keesmaat said, ill-fitting. John Tory restated this disconnect, as did Keesmaat when she shared a story of Thorncliffe Park, with its own medical and shopping centres and frequent bus service. The rest of the speakers often emphasized that the suburbs present an enormous opportunity, but will likely only be unlocked when good transit arrives.

Places we think as downtown were once suburb. When did the Annex lose its new suburb smell? It seems we can redevelop countless suburban communities, but they will remain as redeveloped suburban communities. Or rather, these interventions are an expression of New Suburbanism: an evolution of older-suburbs with new village-like centres, but still isolated and car-dependant.

So, what is a suburb? When I’ve asked this question before, one answer that stuck with me came from Peter Stevens, a teacher/comedian/friend of mine, who suggested the suburbs begin “at the first sidewalk that has seen more tires than feet.” But where would we draw that line? I presume, some place beyond the airport that we’ve only seen through a moving window.