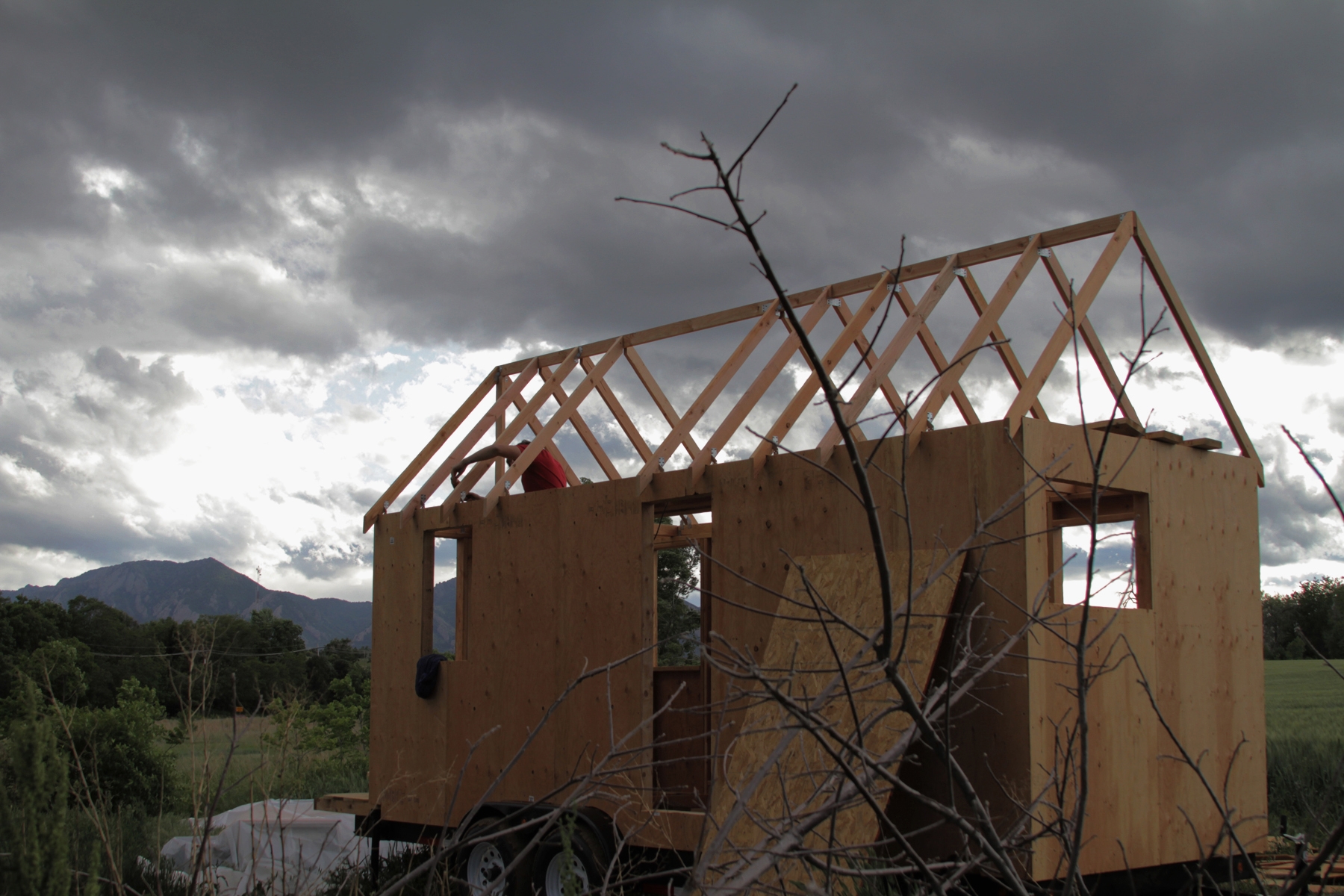 Most of us have lived small at one point or another. University dorms, basement bachelor pads, first homes—we’ve all felt space-compromised. But, barring a stint in prison, you’ve probably never negotiated the confines of the spaces depicted in Tiny long term.

Tiny: A Story About Living Small captures the tiny house movement, with a focus on the directors’ own tiny house-building project. And yes, it is a movement, complete with an active blogging scene, a tiny house building company (whose founder, after two kids, has moved on to a 500 square foot ‘mansion’), and ‘micro-architects’.

Why tiny? Over and over again, tiny house dwellers speak of the freedom they feel in living so small.  Most are debt free, and their houses are almost always built on wheels, and so can be towed around. But tiny houses are about something big, too: they are a way to exercise a set of values. Tiny houses are the anti-McMansions: environmentally friendly, inexpensive, and lacking stuff.  Tammy Strobel, who quit her investment management job to write and lives in a 128 square foot house with her husband, puts it most succinctly: “Tiny houses force the question ‘What’s important to me?’

In Tiny, living small is constantly used as a metaphor—sometimes more convincingly than others. Tiny’s narrative centres on the director’s own journey of self-discovery as he builds, but it shines when interviewing others, perhaps because they have more experience with actually living small. While opining on their project, it’s occasionally unclear if directors and co-stars Chris and Merete are talking about their house or their vague relationship. Interviews with planning experts, architects, and long-term tiny housers, on the other hand, are a fascinating look into people celebrating what they’ve given up, and what they’ve gained.