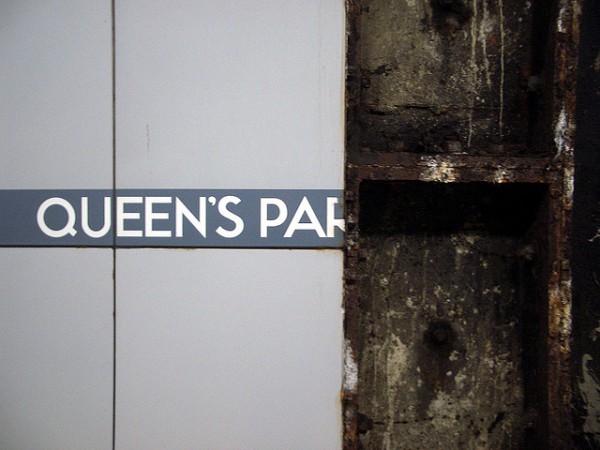 Does being in favour of not being against something represent a fervent expression of support?

Do two wrongs make a right? Is the enemy of my enemy my friend? What’s minus one times minus one, or minus one plus minus one, for that matter?

In lieu of answers that I don’t have — save and except for those last two — let’s agree that we passed through a cosmically weird week, featuring a nice warm subway trip to an alternate universe in which the solutions to such riddles are less perplexing than they are in this one. It’s a world where black is white and white is black, where expensive things cost nothing and nothingness passes for resolve.

Through the looking glass, etc. I leave it up to you to cast the Cheshire cat in this tale.

Notwithstanding Karen Stintz’s unconvincing post-vote spin-doctoring, I’d say Toronto council has deposited a stinking heap of ambivalence on Kathleen Wynne’s doorstep. The purported cleverness of what Sarah Thomson described on Twitter as Josh Colle’s “double negative” motion was nothing of the sort.

Is anyone fooled? A show of hands, please….

Perhaps the allegedly pro-transit, pro-revenue tools crowd thought they could buy themselves some electoral body armour this way. But the Hudak/Ford special ops guys surely know how to play council’s mealy-mouthed resolution. Indeed, a ten-year-old with an above average intellect and a mean streak could come up with the Tories’ next set of attack ads. Probably working on ‘em already.

Here are two scenarios — one bleak, the other unjustifiably optimistic.

Scenario A: With as little fanfare as humanly possible, Metrolinx releases its revenue tools recommendations report in late May, whereupon Premier Wynne — dutifully acknowledging the misgivings of Toronto’s elected officials, as well as the ever-so-thoughtful concerns expressed by the leader of the third party — promptly jettisons it to study hell. There will be meticulous and glacial assessments performed by the ministry of finance, the ministry of transportation, the ministry of municipal affairs and housing, and maybe even the ministry of fairy dust. Everyone and her uncle will be consulted and then re-consulted. Much will be taken under advisement. Time — and the moment — will pass, whereupon Ed Levy, much to his chagrin and ours, will have to compose yet another chapter in his excellent but depressing book.

Scenario B: With as little fanfare as humanly possible, Metrolinx releases its revenue tools recommendations report in late May. Premier Wynne will dutifully slather the agency in praise, lauding its policy analysis and professionalism, which will be code for saying, “You guys are a heck of a lot more credible than the bozos at City Hall.”

She will then focus hard on the ever-so-narrow window of opportunity presented by council’s non-endorsement endorsement of a 1% sales tax hike. Here’s a measure that could raise $1.5 billion a year, which moves us all tantalizingly close to the goal line. But there’s a procedural wrinkle: Queen’s Park may not be able to impose such a levy regionally without getting sign off from the federal government (unlikely), and so a province-wide sales tax hike is more likely.

Now consider this big tent compromise. The Liberals later this year (speculating here) unveil a new rural infrastructure renewal program for the rest of Ontario, to be financed with a combination of the non-GTHA revenue from that sales tax increase, plus matching funds expected to flow from the federal government’s just announced ten-year/$53 billion infrastructure program and the newly indexed gas tax transfer, both of which go into effect in 2014.

Yet not all of the additional revenue from the sales tax hike will go into infrastructure; a portion can be kicked back as a tax credit to low-income Ontarians — both those in the GTHA and elsewhere — as compensation for the additional financial burden of a regrettably necessary tax that will help all of Ontario prepare for an economically vibrant future, yada yada yada.

Lastly, to make up the final bit (approx. $500 million), Wynne can throw one more bone to NDP leader Andrea Horwath and  those on the left who argue that such revenues should be provided through progressive taxes. According to Metrolinx’s revenue tool study by AECOM, an increase of half a percent for both the corporate and personal income tax rates would make up the difference with room to spare.

Does this move expose the Liberals to attacks that they’re a tax-and-spend government? Yes, of course. But the fact is that if they were moving ahead with a sales tax increase to help pay for the Big Move, then they’ve already taken up residence in the sixth circle of fiscal conservative hell.

Yet if such a compromise buys Horwath’s support, and if Wynne & Co. can persuade voters that the additional revenues will flow past the bureaucracy and directly into useful local infrastructure projects, perhaps such a grand bargain will survive the inevitable legislative onslaught that accompanies all such changes.

Maybe the light at the end of the tunnel looks something like this. But if Wynne and the Liberals do have the jam to bring off some kind of not-so-minor political miracle, we must all acknowledge that her weakened government didn’t get so much as a crumb of cover from Toronto City Hall and the politicians who claim to be leading the charge for more transit.

So if the Liberal cabinet and the planners at Metrolinx decide, in their wisdom, that other (less obstreperous) parts of the GTHA should be the first recipients of the next tranche of Big Move projects, we Torontonians will just have to live with that harsh reality, won’t we?

Not fair! After all, we didn’t say we didn’t want more transit. Or did we?