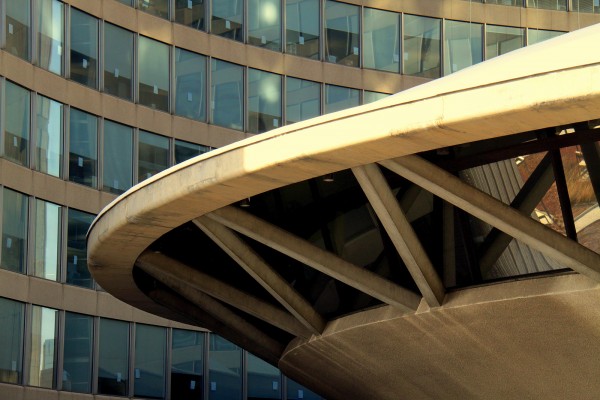 On the eve of council’s debate over the foolish plan to tear up the City’s $8.7 billion deal with Metrolinx, I’d like to dredge up a detail from recent history that the Scarborough subway proponents will be trying hard to ignore on Tuesday.

Barely two month ago, during one of the most atrocious sessions I’ve ever witnessed at 100 Queen West, council voted against a range of revenue tools to fund transit, including the property tax.

To repeat: including the property tax.

Here, for the record, is the wording of the relevant portion of Josh Matlow’s motion: “City Council indicate to Metrolinx that it does not support the use of the following GTHA revenues.” There were 12 items on his list, with property tax in sixth place.

The recorded vote indicates that fully 41 members of council rejected the use of property taxes as a means of funding transit expansion. Two councillors — Gord Perks and Frank Di Giorgio — voted against, with Denzil Minnan Wong and Vincent Crisanti absent. The yes side, just to drill the point home, includes the brothers Ford, almost everyone on the right, and almost everyone on the left. There is absolutely nothing ambiguous about council’s intention.

Consequently, it will be extremely revealing to see how many of these councillors — many of them politicians who’ve fought hard for new transit funding from the other orders — reverse their earlier votes tomorrow and support a property tax hike to help fund the $1 billion subway-ification of the Scarborough RT.

Let me pause here to offer a few thoughts about what principled governance looks like: It involves careful and deliberate consideration of issues prior to decision-making, followed by consistency in the implementation of the resulting policies. Certainly, abrupt voting reversals smack of expediency and a lack of close consideration, traits which are the very antithesis of responsible governance.

Proponents of the subway scheme will point to a motion that day — which was moved by De Baeremaeker, and passed by a vote of 35 to 9 — signaling council’s intention to “support the extension of the Bloor Danforth Subway Line from Kennedy Station to the Scarborough Town Centre and north to Sheppard Avenue.”

But that argument is yet another damning piece of evidence that poor, inconsistent and unreliable governance now prevails at council. De Baeremaeker’s motion occurred during a debate about council’s advice to Metrolinx on proposed revenue tools for financing the rest of the Big Move projects. And council passed it without so much as dram of consideration about the cost or implementation consequences. It was nothing more than an empty political gesture.

In fact, by any standard of parliamentary procedure, De Baeremaeker’s motion about changing the status of an approved and funded project should have been ruled out of order.

It wasn’t, and we should ask why.

As it happens, council has produced a stream of contradictory signals on this file going back to 2012. Yet despite the confusion, what we do know is that the City of Toronto, the TTC and Metrolinx, an agency of the Government of Ontario, last November entered into a detailed contract that set in motion four complicated projects, all of which involve spending large sums of money provided by taxpayers. Not a memorandum of understanding or an agreement in principle. A contract.

Consequently, millions of dollars have already been spent. That funding, needless to say, belongs to us, not to the politicians who have chosen to disregard signed contracts and cherry-pick the council record to advance short-term political aims that may or may not come to fruition.

When political scientists and politicians from the other orders of government accuse municipalities of immaturity, this is precisely what they’re talking about.

On Twitter over the weekend, transportation and infrastructure minister Glen Murray told me, “I have said repeatedly that I want clarity from city council.”

That’s an easy one, and Murray, a minister of the crown, should know it. True, council has blown a lot of smoke on the question of whether the RT should be replaced by an LRT or a subway. And if tomorrow’s debate results in a pro-subway vote, several of council’s progressives — who should know better — will have implicated themselves in a breath-taking display of double-talk that should cause us all to ponder the chasm between their words and their actions.

But in response to Murray’s remark, I’d say that amidst all this prevarication and posturing, one ACTION stands out for its clarity of purpose, and that is the agreement between Metrolinx, the City and the TTC. As all the parties to that hard-fought contract know full well, its contents were debated and negotiated intensively over the better part of a year. As with the property tax vote last May, there can be no ambiguity as to council’s intention.

As Karen Stintz said that day: “The TTC and Toronto has a good partner in Metrolinx. We are not just building transit with the LRTs I fought for, we’re building our city. We are bringing better transit to areas of Toronto which need it most.”

How much more clarity does Murray really need?