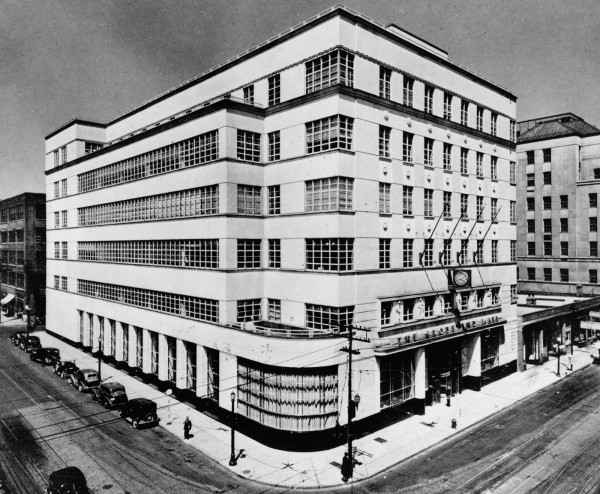 WHAT: Smart Address: Art Deco, Style Moderne and Their Contemporaries in Toronto
WHEN: Oct.  26-Jan. 25, Tuesday to Friday from 10 a.m. to 4 p.m. and Saturday from 9 a.m. to 4 p.m
WHERE: Market Gallery, second floor of St. Lawrence Market
LINK: City of Toronto news release

From the competing influences of Art Deco and Style Moderne on the skyline, to the way electricity and the automobile have shaped the streetscape, a new exhibit shows the changing face of architecture in Toronto between the world wars.

“We tried to widen the focus of the exhibit and to be as inclusive as possible so that as many different types of people from different walks and different interests can come to the gallery and see something that amazes them,” said Alec Keefer, curator of the Smart Address exhibit.

For Keefer, the roaring development of the ‘20s and the Depression in the ‘30s create an interesting juxtaposition, one that he thinks has broad appeal.

“You want a topic where you have contrast and you want a nice conflict, and these two decades — more than any other period in the country — were so aggressively opposite each other,” he said.

By looking at the architecture of the day, the exhibit explores the tumultuous time period. While some of the featured buildings are still standing, others, including the Toronto Star‘s old Art Deco building at 80 King. St. W., live on in the images Keefer has collected for display.

The exhibit is mostly made up of black-and-white photos from the era, many of which were culled from the pages of periodicals such as Construction Magazine and the Royal Architectural Institute of Canada Journal.

On putting the exhibit together, Keefer said, “We didn’t want to insert our subjectivity when choosing buildings.”

So in an effort to avoid this, he said a critic must have reviewed a structure favourably around the time of its completion to be considered eligible for inclusion.

Among his goals for the exhibit, Keefer said he wants to “get a dialogue flowing on how we build cities.” He said he hopes people “will think about the buildings and the city that they love and that they will communicate their enthusiasm for them.”

Pamela Wachna, a spokesperson for Market Gallery, said she’d like the exhibit to help people see past the recent influx of condos when considering the city’s architectural landscape.

“I think a lot of people think [Toronto’s] all high rises and glass towers, but when you look at some of the work that’s been done, how progressive they were and innovative, I mean, this is state-of-the-art architecture in the ‘20s and ‘30s, and we had all that here,” she said.

Check out a sampling of photos from the exhibit in the gallery below.