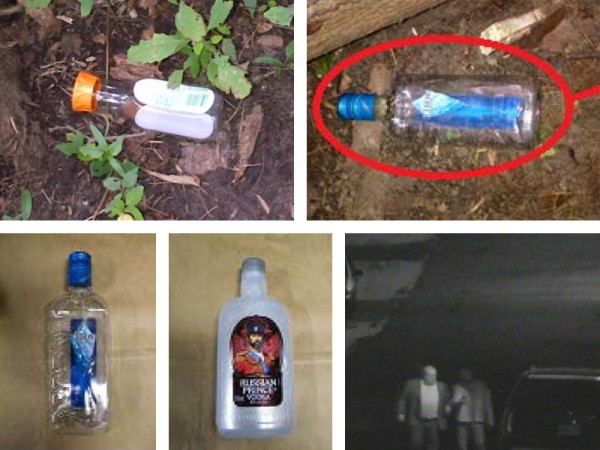 While the most discussed and potentially salacious details in the court documents released last week focus on alleged drug transactions and that intriguing spike in calls between Mayor Rob Ford and Alexander Lisi on the day of Anthony Smith’s death last spring, I found myself dwelling on the episodes of drinking observed by police during the surveillance.

On two occasions, the police recovered discarded vodka bottles – Iceberg and Russian Prince – after Ford and Lisi met surreptitiously in an Etobicoke parking lot and later in a wooded area in a park named after Doug Ford Sr. Based on the retrieved garbage, Lisi appeared to have consumed a Subway sandwich. Ford’s meal: something from McDonald’s, perhaps washed down with vodka and O-J.

Afterwards, the documents say, they drove off in their respective vehicles.

The mayor and his enabling brother Doug Ford have long claimed that Rob doesn’t drink and drive. The surveillance released Thursday suggests otherwise, although none of this has yet been proven in a court and may never be, considering that Ford has not been charged with anything.

Did he apologize yesterday to Torontonians for possibly getting behind the wheel of a massive SUV while under the influence? Don’t think so. Not even close.

Rather, we were told that the brothers are “working” on getting a driver or, ahem, a customer service person, as Doug took pains to note. (“Help wanted: self-starter with a Class G license and the discretion of a Secret Service agent.”) But needless to say, this gesture — like the non-apology apology — is meaningless unless Ford confronts his apparent addiction, which, as those who’ve dealt with addicts well know, can only begin once the denials end. And the denials haven’t ended.

Many councillors, publicly and privately, have urged Ford to take a leave of absence to deal with his suspected substance abuse, and the chorus continued loudly following his radio show. Others have taken issue with his dishonesty.

But I am perplexed why critics haven’t focused more intensively on the outrageous public safety risk posed by Ford’s alleged behaviour. After all, this is the same guy who pled no contest on his 1999 DWI arrest in Miami.

It seems to me that we should carefully parse the impact of Ford’s conduct as this bizarre case continues to unfold.

If he’s smoking a lot of dope, Ford is breaking possession laws that are observed, in this day and age, mainly in the breach.

If his drinking or alleged drug use has caused him to behave in public in ways that run counter to the decorum we expect from elected officials, Ford is abusing the institutions of the office of the mayor and city council, and disgracing himself.

But from where I sit, the real crimes occur when his behaviour has the potential to physically or psychologically harm others — i.e., the general public and his family — in ways that aren’t merely political.

We don’t yet know whether the mayor’s involvement with Lisi or the other thugs who parade through the court documents will add up to something nefarious.

As for the DWI, it’s possible that the mayor drank the vodka (or smoked his dope) when he wasn’t behind the wheel, happened to have the empties in his car and then remembered to get rid of them during his meetings with Lisi.

But the evidence in the documents strongly suggests that Ford does get behind the wheel when he shouldn’t be anywhere close to the driver’s side. And the fact that he may get a chauffeur during work hours hardly guarantees that he won’t drive himself home after downing a few at a buddy’s house late one night.

So imagine if we were all talking about a hit-and-run incident or a traffic fatality instead of a lurid video allegedly showing the mayor stoned out of his tree.

Or imagine if the upshot of his excessive drinking was a dead child, struck as the mayor careened through the streets of Toronto in the Escalade that figures so prominently in the court documents. Or say Ford has his own Michael Bryant moment with a cyclist in the wrong place at the wrong time.

At that point, no one will care about unpacking his lies and excuses and evasions. By then, it will be too late to do anything but weep.