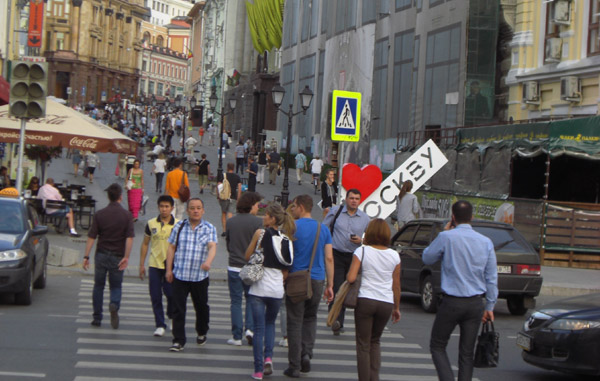 While Moscow can’t be described as a pedestrian-friendly city (see below), it is expanding its pedestrian zones with remarkable rapidity. On a visit to Russia this summer, I not only saw newly pedestrianized streets around the city centre (above), but also crossed a street in the process of being pedestrianized (below) — the process was taking just a few weeks from start to finish. It joins up with other ones in the city centre. 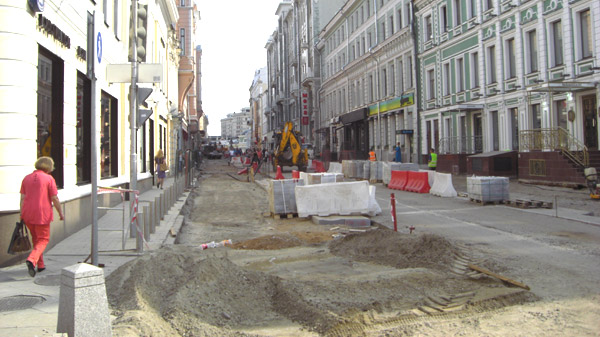 These pedestrianized streets are joining Russian’s oldest pedestrian street, the famed Arbat, closed to vehicles in the early 1980s. 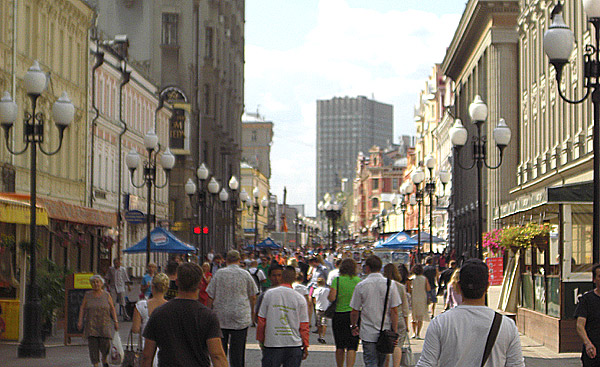 Moscow has also built several impressive new pedestrian bridges over the Moskva river that divides the city in two. This one, Patriarshiy most, extends right across an island in the heart of Moscow, joining it to both riverbanks, with multiple access points (and great views over the city). 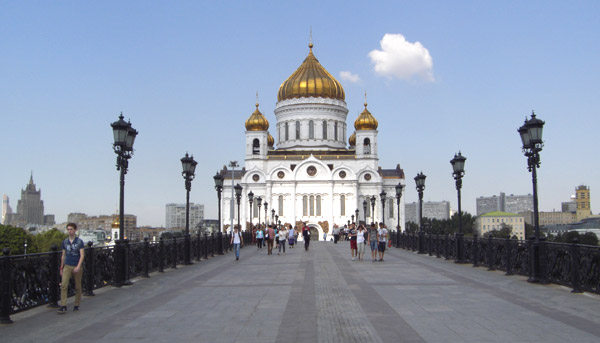 Moscow has a long way to go before it can be considered pedestrian-friendly, but it is trying. To stop the habit of Russian drivers parking on the sidewalk, the city has been painting parking spaces onto the streets. While there were no cars parked on the sidewalk on main streets, there’s still some ways to go to get Russian drivers out of the habit on side streets. Below, the cars have completely ignored the parking spots and parked right across the sidewalk. 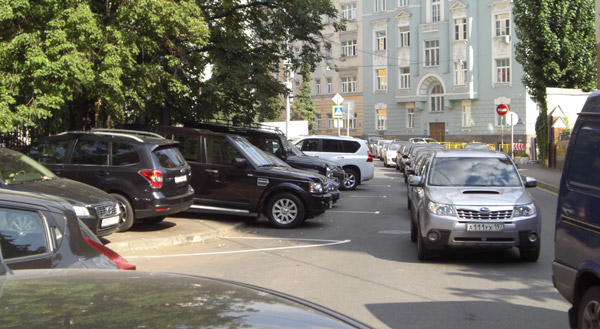 Moscow also has many intersections where both streets are so wide (8 lanes or more) that it is essentially impossible for a pedestrian to cross them. Pedestrians are instead directed to underground passages (many of which also provide access to metro stations, but by no means all). 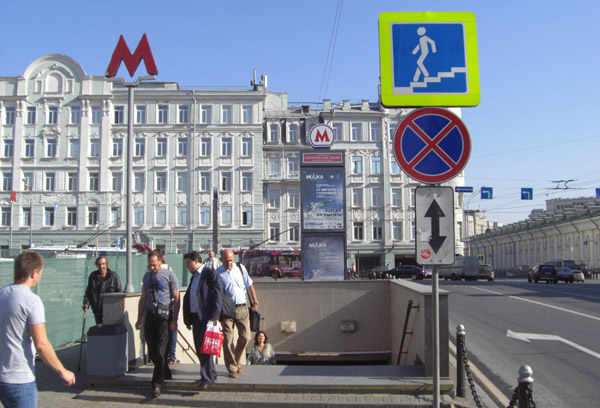 Many of these passages are filled with kiosks, so that at least they double as a kind of miniature shopping mall. 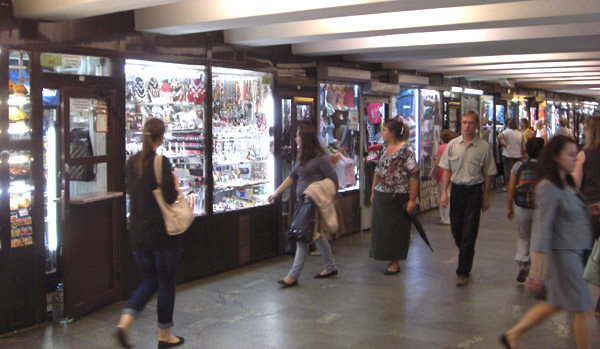 Where pedestrians do cross on the surface, the wait can sometimes be very long. To alleviate impatience, there’s sometimes a red signal countdown so that at least pedestrians know how much longer they have to wait. It’s actually a good idea, and might reduce the number of people crossing against the light if implemented at long waits in Toronto. 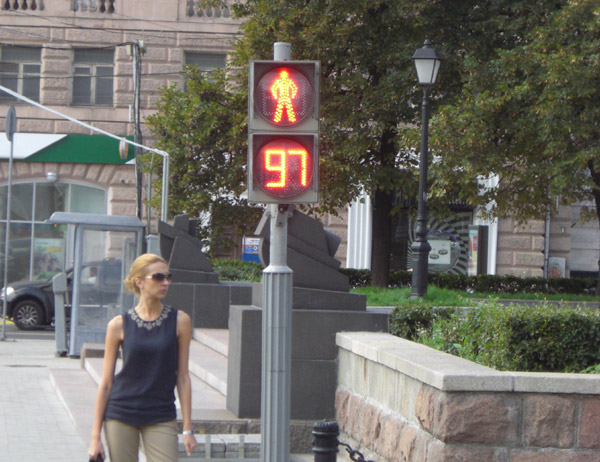 As well as walking infrastructure, Moscow is expanding it cycling infrastructure. They’ve introduced a bike-share system — one that seems to be directed mostly at residents, since its instructions are only in Russian. 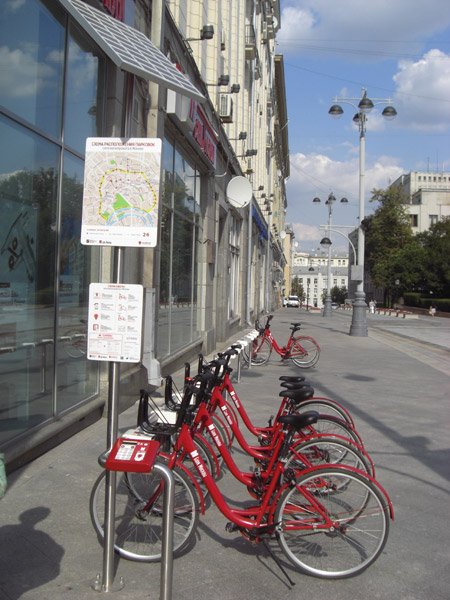 The city has also started to create bike lanes on a few streets. 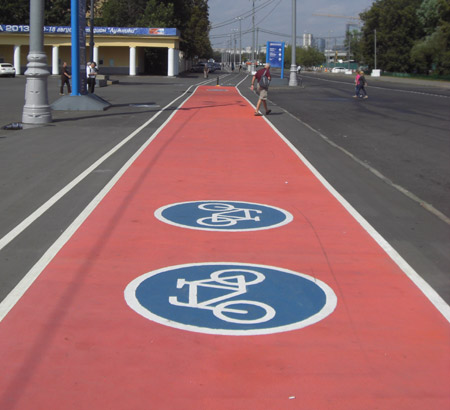 Some of the provincial cities I visited also had pedestrianized streets in their core, usually on major shopping streets.  Irkutsk: 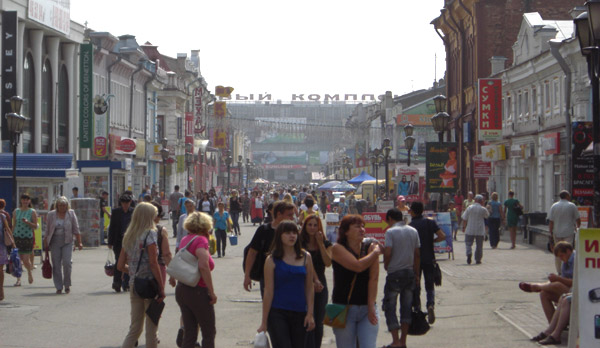 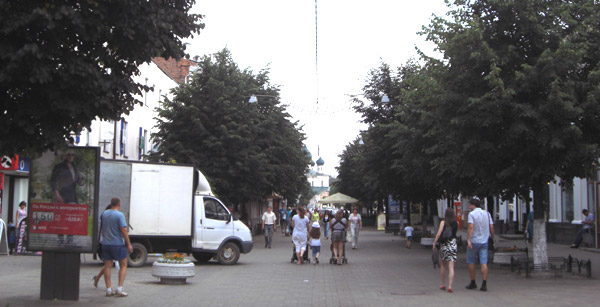 Finally, a couple of examples of standard pedestrian signage in Russia. The “crosswalk” sign, accompanied by zebra stripes on the street, indicates that cars should stop when you step out onto the street. 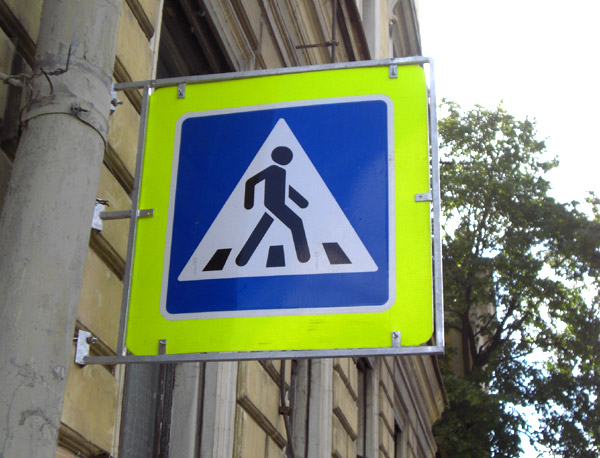 And, as is so often the case, the “watch for kids playing” sign is charming and lively. 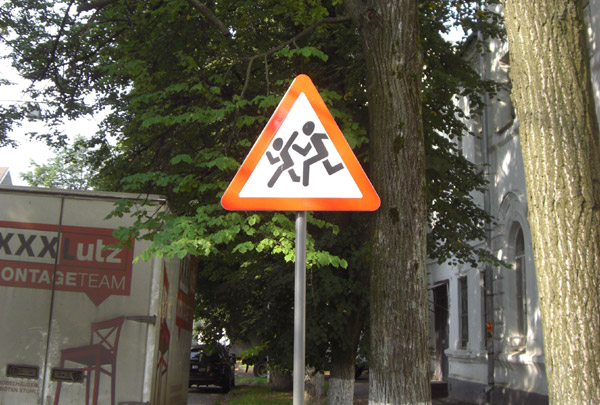