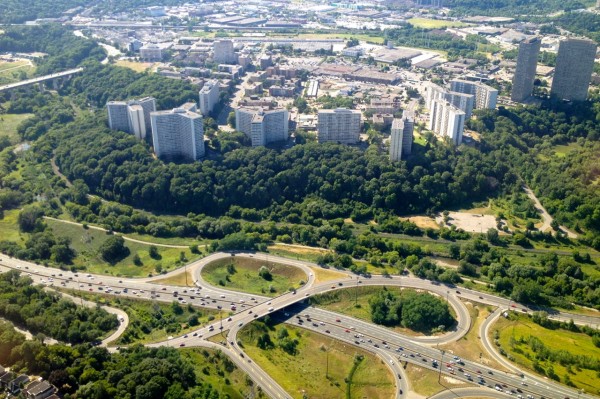 The circus of Rob Ford has gained international media attention and been fodder for late night comedians.  It does represent a real crisis of governance in Toronto, a dysfunctional mayor who held – and maybe still holds – city council and the business of government hostage.

There are deeper issues at play in all this, longer term social and economic problems which – while not generating the headlines of lewd statements and admitted crack-use – seriously warrant attention.  These are issues that have ramifications beyond Rob Ford, that predate and will (almost certainly) outlast his mayoralty.  This is the reality of a polarized city, of a Toronto that is enjoying growth and prosperity but, at the same time, consists of many – in large part immigrants and visible minorities – who are left behind, struggling with poverty and social exclusion.

In many cases, these people live in substandard housing, tower-blocks in Toronto’s inner-suburbs, in some cases facing issues in their neighbourhoods of violence and drug addiction.

The Fifth Estate expose on Rob Ford’s drug use and purchasing, as well as connections to violent gangs, highlighted the Dixon Tower blocks near the notorious “crack house” location of the mayor’s publicly released photograph.  Though, for all the focus on the mayor’s wrongdoings – and this does rightly point to someone unfit for office – there is a deeper issue in the neighbourhood of the crack-house and tower blocks, of poverty, violence, and drug use.

A study by Emily Paradis, of the University of Toronto, funded by the Homelessness Partnering Strategy, draws on a survey by the United Way Toronto of more than 1,500 parents living in rental tower blocks in low-income neighbourhoods in the City of Toronto.  Those surveyed were from low income neighbourhoods in Toronto’s inner suburbs as well as from Parkdale which was in pre-amalgamation Toronto.

The study found that almost 90% of families were faced with unaffordable, unsafe, overcrowded, and/or insecure residential accommodations.  An infographic summarizing the findings shows that only 11% had adequate housing with 56% having inadequate housing (problems in one or two identified areas), 30% were at risk of homelessness (problems in three or four identified areas) and 3% were at critical risk of homelessness (problems in five or six areas).

Of those sampled, more than 80 percent were immigrants or from “racialized” groups in comparison to half this rate for the City of Toronto as a whole.  Furthermore, 37 percent of families were single-parent households as opposed to 21% city-wide. (More details on the study, and the methodology used, are available here.)

Low-income residents of suburban highrises also face issues of mobility, in particular lack of access to mass transit or amenities such as grocery stores, education, and healthcare services.  As low-income people often do not own a car, the lack of walkable neighbourhoods or mass transit are serious detriments.

Rahul Bhardwaj, president and CEO of the Toronto Community Foundation, identified the lack of adequate public transit infrastructure as a problem in Toronto, especially in the Priority Neighbourhoods (areas identified as low income and facing social and economic stresses) including neighbourhoods in Finch, Scarborough, and North Etobicoke.

Speaking to the Toronto Star, Bhardwaj stated that, “The circumstances exacerbate the situation of low-income and extra low-income residents. Without adequate transit, they can’t get to work, to shops, to the doctor and so on. Transit has become a crucible of trust in the public mind.”

The Toronto of towering new condos, of downtown coffee shops and trendy restaurants and stores, is far removed from the Toronto of these low-income, suburban, and largely visible minority residents.  A “plain-talking” politician who rails against downtown elites, against “slick talking lawyers”, “consultants”, and recipients of “research grants” appeals to those who feel left behind.

A similar divide – and alienation – exists in New York City, with an affluent centre – lower Manhattan and some adjacent neighbourhoods in Brooklyn – alongside outer boroughs which feel left out, where there is concern about rising rents, where income is low and job security precarious.  It was these concerns which fuelled the campaign of the ultimately victorious Bill DeBlasio, who emphasized a “two cities” theme in his campaign and the need to govern for all five boroughs.

Economic and social inequality was a central theme of DeBlasio’s mayoral campaign.

These concerns, about suburban alienation, about inequality, are concerns that need to be seriously addressed in Toronto.  While Rob Ford has not concretely tackled the issues concerning the inner-suburban poor, he has politically benefitted from their discontent.

There are positive signs that these issues are gaining greater traction however, including the series of planning roundtables – focussed on the suburbs – being held by Toronto’s Chief Planner Jennifer Keesmaat.  As well, the Suburban Revolution conference at York University, which I attended and presented at, provided an opportunity to shed light on an often neglected area of urban studies.  As well the interactive documentary, Highrise: Out My Window, highlights the stories of tower block residents around the world, including in Toronto.

Toronto ultimately needs a public discourse – and public officials including a new mayor – focussed on seriously addressing the concerns of poverty and alienation in the inner-suburbs while also prioritizing the economic development and growth of an emerging global city.  Prosperity is important, but it must benefit everyone.  Ultimately, the focus must be on governing for all of Toronto, not neglecting parts of it, or – worse yet – pitting different elements against each other.