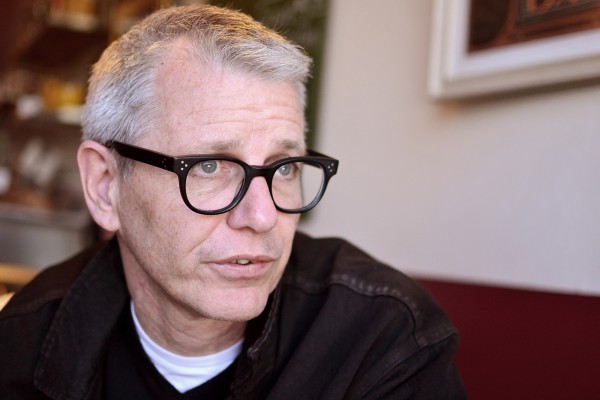 Anyone who’s spent even a few minutes in the company of Adam Vaughan knows that the two-term councilor for Trinity-Spadina is about as close to a walking encyclopedia of urbanism as you can find in this city, or any other city for that matter. Flip the `on’ switch, and Vaughan will dispense lengthy and mind-bogglingly detailed accounts of just about any municipal issue – everything from transit to public space to policing to the psycho-socio-spatial dimensions of poverty.

But his passion is and has always been housing: how to build it, where to build it, what form to build it in, who to build it for, and how to find ways to create affordable homes for those city-dwellers whose incomes never stretch far enough. “That’s why I’m in politics,” he says in an uncharacteristically short sentence.

To take the most high-minded interpretation of the latest twist in Vaughan’s meandering career (cartoonist, campus radio host, television journalist, politician), Justin Trudeau and his merry band of Liberals came ‘a callin’ last week because they want to leverage his copious knowledge of cities as part of their election strategy.

In an interview with Spacing on Sunday, Vaughan said that when Trudeau and chief of staff Gerald Butts made their widely-reported but abrupt overture, he agreed to seek the Trinity-Spadina nomination on one key condition: if he wins the contest (and the eventual by-election), he will head a caucus committee tasked with developing a national urban agenda for the Liberals for the next election and beyond.

Trudeau, Vaughan said, sounded like a politician who gets the complexity of the modern Canadian city, and gets it because his own Montreal riding includes extremes of wealth and poverty, ethno-cultural diversity, and all the challenges that come with building a metropolis suited to the needs of such a population.

Though a long-standing independent on council, Vaughan’s family has history with the Grits: father Colin (campaign organizer, architect, politician, activist, broadcaster) was a card-carrying Liberal until he had a falling out, in the late 1960s, with Trudeau pérè over the latter’s unwillingness to assert the federal government’s interest in Canada’s cities.

After that split, Colin Vaughan, as history shows, immersed himself in the Spadina expressway fight and made common cause with the provincial Tories. Trudeau, in the meantime, went on to establish a federal ministry of state of urban affairs, a short-lived affair that achieved little more than a few showcase projects.

Despite the failure of MUSA, the Liberals in the two generations since have regarded Canada’s cities as fertile ground politically, commanding the electoral loyalties of millions of immigrants. In the mid-to-late 1990s, several key figures in Jean Chretien’s caucus and cabinet (including former Toronto mayor Art Eggleton and Winnipeg power-broker Lloyd Axworthy) had extensive municipal/big city ties. They lobbied successfully for the first tranche of infrastructure funds, and then pushed for a more coherent federal strategy on issues like housing and transit.

When finance minister Paul Martin managed to usher Chretien to the exit, he embarked on the so-called New Deal for Cities, a campaign designed to transfer more federal dollars to municipalities hurt by provincial downloading. Pushed along by the late NDP leader Jack Layton, Martin established a federal gas tax and a new cabinet post (minister of cities and communities). After emerging from the 2004 election with a minority, Layton and Martin passed a landmark budget that included huge sums for housing, transit and green energy.

Then something odd happened on the way to the Forum. The Harper Tories, elected in 2006 as a minority government, moved to re-package the Liberals’ urban agenda, but they certainly didn’t gut it. Over the years, the Tories have kept growing their infrastructure fund, and they’ve gone out of their way to court newcomers, especially those who settle in the newer suburbs around Canada’s biggest cities.

So let’s set aside, for the moment, the cynical interpretation of Trudeau fils’ decision to romance Vaughan (i.e., tapping a high-visibility urban pol who can swipe Olivia Chow’s old seat).

Let’s assume Trudeau really does want to be intellectually and politically competitive in a space that the NDP have already targeted (i.e., Beaches East-York MP Matthew Kelway’s urban white paper). The policy challenge facing Vaughan will be to cobble together a program that is innovative, financially achievable, consistent with the localism principles he espouses as a municipal politician, and something more than a thinly veiled attempt to generalize Toronto’s particular problems on a national scale.

Yet those with long-ish memories can point to other worthy Liberal urban initiatives that died on the vine – e.g., a 1990 housing strategy concocted by then leadership candidate Paul Martin and London MP Joe Fontana. The blueprint, remarked University of Toronto sociologist David Hulchanski, “was released after extensive national consultation in May, 1990. Its analysis and 25 recommendations form an excellent basis for a comprehensive national housing strategy.”

On that note, Vaughan — who pledges to resign his council seat if he wins the Trinity-Spadina Liberal nomination — says he’s been disappointed by the lack of debate in the mayoral race about housing issues. So it’s not surprising that he bit at the opportunity to pursue his animating political passion at the federal level.

What remains to be seen is whether Trudeau and his political braintrust actually intend to tap into that wealth of urban knowledge between Vaughan’s ears, or if they’re merely after his surname and his voter contact list. Given the chance, Vaughan will throw himself into this assignment. Here’s hoping he’ll be rewarded in a way that eluded his equally passionate and urban-minded father.