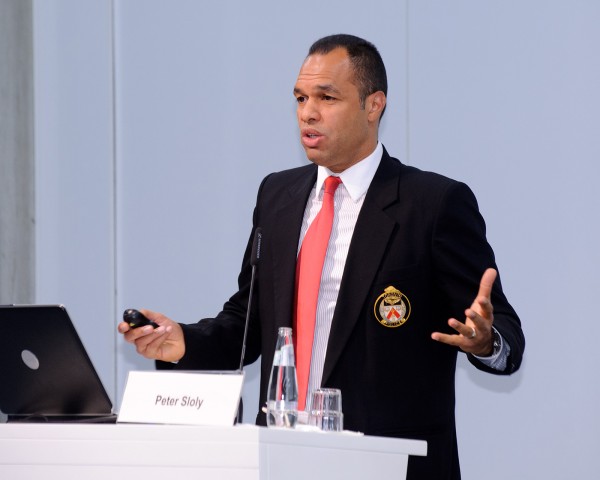 Say you’re a cop in your mid-40s, and you run a police force in a largish city in, say, the U.S. north-west, or the United Kingdom, or maybe even Australia. You’ve been praised for busting a notorious local gang, or cracking a horrible cold case. But you’ve also run a tight shop, and you get good reviews in the city’s media — so good, in fact, that you’ve come to consider yourself as a player, ready to take on something bigger, and more challenging. A career capper.

Now say someone flips you an email with a link to a job posting: “Seeking experienced, visionary leader for a major metropolitan law enforcement agency.”

Toronto. You look at the boiler plate in the accompanying press release: 5,500 uniformed officers…$1 billion budget…North America’s fourth largest municipality. You then rummage around in your brain box for tidbits about Toronto, and you find these scraps: safe, clean, lots of skyscrapers.

After a veritable torrent of complicated police news in just the past two weeks – the release of the Iacobucci report on persons in crisis, the Toronto Police Services Board’s decision to not renew Bill Blair’s contract, the second charge against Const. James Forcillo in the Sammy Yatim shooting, the subpoena of the mayor and finally Friday’s verbal knife fight between the chief and Doug Ford — we can ask how attractive this gig really is for all those ambitious, mid-career chiefs-in-waiting who are supposedly poised to compete in an international search effort.

Let’s go back to our upwardly mobile candidate, who is a cop and therefore likes to know as much as possible about what’s behind the door before s/he enters a room. A bit of Google searching will quickly reveal all the added nonsense with Toronto’s chief magistrate, including the fact that he’s running for re-election and is still competitive politically — which is to say, not out of the picture and thus potentially a heavy-duty headache down the road.

Your online due diligence may also yield some extra information about the fate of high-visibility public servants hereabouts. You might happen across the sad story of Gary Webster, the brutally deposed former TTC chief general manager. Or the equally grim tale of one Gene Jones, the Detroit native who won another international beauty contest — this one to run the city’s public housing agency – but turned out to be such a piece of work that he had to be run out of town.

You then make a few calls, as police officers are wont to do, and you learn a bit more about what the civilian oversight body really wants from the new chief. It’s immediately apparent that they’re not looking for a cop so much as a bean counter who is usefully unencumbered by a network of collegial relationships and mutual obligations, and is thus well positioned to throw bodies overboard.

Because you’ve already run a police force, you know that loyalty is the glue that gets the whole enterprise from one day to the next. So you therefore deduce that you will arrive to said job on day one to a building full to the brim with management-level cops who see you as the enemy — the person who’s going to separate them from a full pension and retirement at 55. Chainsaw Al, or something of his ilk. In other words, you’re going to need to be compensated — and well — for the fact that long before you’ve ever darkened the doors of 40 College, everyone inside will have already decided to hate your guts.

Finally, because you know precisely how intra-mural police politics works (and are well schooled in the art thereof), you will likely pick up on one of the subtle underlying dynamics in this hiring process. Key players on the civilian oversight body, according to obviously well-informed media reports, have already identified a favored insider, Deputy Chief Peter Sloly. He is not only young, articulate, and upwardly mobile; he’s also the highest-ranking Jamaican-Canadian cop on the TPS, and therefore serves, in some sense, as the face of the TPS’s decade-long campaign to build a much more diverse police force (editor’s note: the term “Jamaican-Canadian” has replaced “African-Canadian”).

So you might find yourself wondering whether this international talent competition is really just so much window-dressing, meant mainly to add lustre to Sloly’s eventual coronation as chief. Odds that the fix is in? You guess about 50-50.

In fact, when you add it all up – the lunatic politics, the high-handed treatment meted out to public servants and the fact that your peers will never thank you for a job well done – you’ll likely take a pass. Let someone else do the dirty.