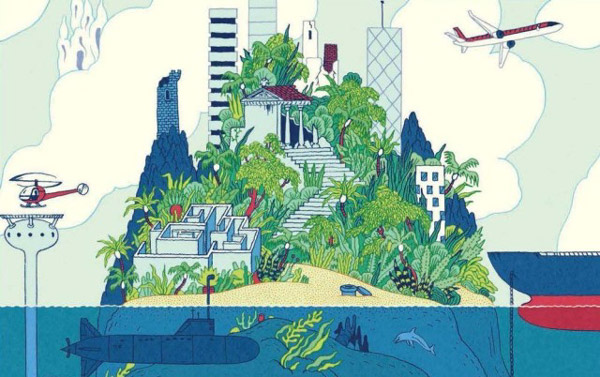 I have to be favourably inclined towards a book whose Canadian edition preface opens with a shout-out to Toronto urban explorer Ninjalicious and his zine Infiltration. The now England-based author, Alastair Bonnett, dates his interest in “unruly places” to a time when he lived in Hamilton, Ontario. Lacking a car, he “chose to walk, often finding myself alone on benighted islands amid the churning traffic.” (Indeed, he chooses an utterly isolated traffic island in Newcastle, England as one of his “unruly spaces.”) He adds, “It came as no surprise to me that the hobby of ‘urban exploration,’ of voyaging the forbidden zones of the city, arose from within southern Ontario’s metropolitan urban sprawl.”

Unruly Places looks at 47 places on Earth that in some way or other defy our usual expectations of a place — hard to define, temporary, incomplete, wondrous or absurd. The author’s underlying goal in exploring these places is to sharpen our understanding of the importance of a sense of place in the human psyche. He contrasts the concrete and often idiosyncratic expression of “place” with the modern, abstract and generic idea of “space,” which he feels is displacing the older idea. He also explores the creative tension between our need for rootedness and our desire for escape and exploration, increasingly challenged by the feeling that most of the world is now known.

The places Bonnett describes are fascinating, and well worth the read. His descriptions of them are sometimes accompanied by excursions into philosophical writings about place, which can be enlightening. He also generally ends each description with his own thoughts about the implications of that particular eccentric place, which are sometimes mildly interesting, but rarely especially thought-provoking or eloquently expressed. Generally it is the places themselves — whether underground cities in Turkey or labyrinths in Minneapolis-St. Paul, islands that never existed or consist of floating pumice, or permanent neighbourhoods in cemeteries or on cruise ships — that provoke the brain and the imagination. Despite his fairly workmanlike prose, the author’s unearthing of fascinating and unexpected places succeeds in getting us to think about place in new and unexpected ways and, as he hoped, “to reenchant geography.” 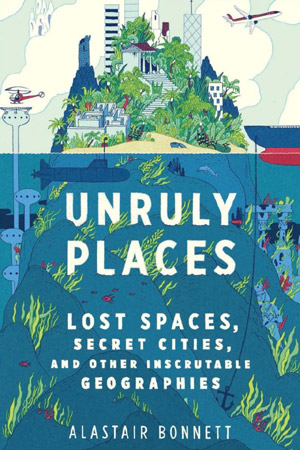