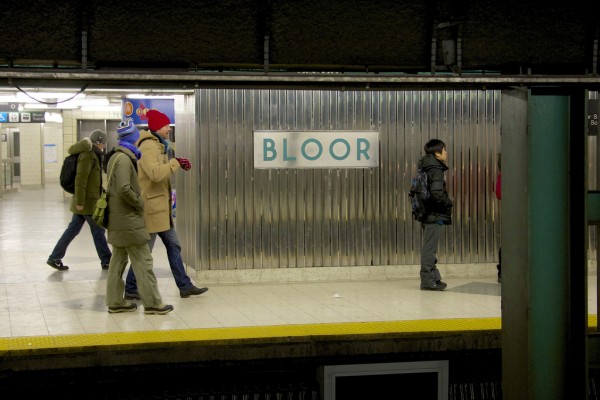 Growing up I was friends with a kid named Stacey. Although popular, I envied what I perceived to be her level of sophistication. She was a head taller than me, knew the actual meanings of cuss words, and wore pink lip gloss. While confined to my tiny apartment doing homework in the public housing community where we both lived, Stacy was permitted to take the bus.

That was at least twice as cool as my speech arts championship title.

She ventured on public transit to independently purchase groceries for the family, take her younger siblings to see their respective dads, and visit the salon to have her hair braided. Often, she regaled us kids with public transit tales. Seeing an actual deer at the end of the line after missing her stop. Being threatened with a spanking by a senior for dirtying the seat with her shoes. Narrowly escaping a jerk who sat beside her and ran his fingers across her tiny breasts.

She was nine years old.

Last week, when John Tory announced a TTC fare exemption for children twelve years of age and under, I thought of Stacey. And not because I oppose this progressive initiative. Numerous urban placemaking reports find that children who take public transit have better health outcomes, feel an increased sense of confidence, and develop the required skills to successfully navigate urban spaces. Equally important, eliminating the children’s fare will significantly alleviate financial pressures on low-income families.

However, before breaking out the champagne – or perhaps in this instance a box of apple juice – let’s think through a couple of critically important next steps.

Fundamentally, this initiative is underpinned by accessibility principles. Most people conceptualize accessibility as the removal of a physical, technological, or in this instance, financial barrier. And they are partially correct. However, when access for groups formerly underrepresented in public spaces are developed, provisions for educational strategies to address safety, capacity building, and attitudinal barriers, must also be made. These critically important aspects of urban accessibility initiatives are often overlooked.

As I think back to Stacey’s epic urban travels, one thing that occurs to me was that she was not taught public transportation safety and etiquette. This sometimes caused her to disrupt the quality of experience for other passengers, and more importantly, placed her in unsafe situations. Given that we can anticipate more children on the bus than ever before, some of whom will be travelling alone like Stacey, it is imperative that the TTC, with the support of the City of Toronto, develop age appropriate public transit education materials. Creative, situation-based lessons should be developed keeping in mind Ministry of Education curriculum guidelines. Specifically, under its Healthy Living strand, there is an expectation for teaching children how to safely navigate places outside of the classroom.

Speaking of which, the learning should extend beyond schools. Using an organizational change framework, the TTC should engage their employees in a professional development process. Arguably, a large number of TTC employees are already skilled with managing intergenerational dynamics on vehicles and property. A professional development process would build on current insights while exploring the emergence of new issues. For example, younger riders may require more assistance, engage in dangerous horseplay, or enact playground politics and bullying on TTC vehicles. Also, drivers travelling through inner-suburban high-density school cluster areas like Sentinel Road running between Finch and Sheppard, may experience a marked spike in passenger pick up during rush hours leading to delays.

In addition to student education and professional development, we must also engage adult passengers who comprise the largest stakeholder group in this transition. Within hours after the announcement, social media channels revealed the displeasure of a number of cranky grown-ups. Although some of the comments are borderline comical and don’t reflect the views of the majority, we can’t discount the ways that ugly “isms” — including ageism play out on public transit. Already, racial slurs are flung across the aisles over an accidental shoulder brush, some riders still refuse to politely give up their seats to the elderly, and female passengers have complained of sexual harassment. These existing issues will be further complicated by throwing little people who lack a certain degree of agency into the mix. The onus is on us adults to be mindful of modeling positive conduct, refraining from ageist behaviours, and watching out for young people in potentially unsafe situations.

I’m not suggesting that this free fare for kids requires a disaster preparedness plan. Kids have been riding public transit for decades.  And the idea of free admission for children is not new. Similar programs have been implemented in Montreal, St. John’s, Newfoundland, and also in Salmon Arm, an oddly named town in British Columbia. It isn’t about whether or not creating greater access for children on transit is a great thing. It’s about proactively implementing a public education plan that ensures positive outcomes for everyone.