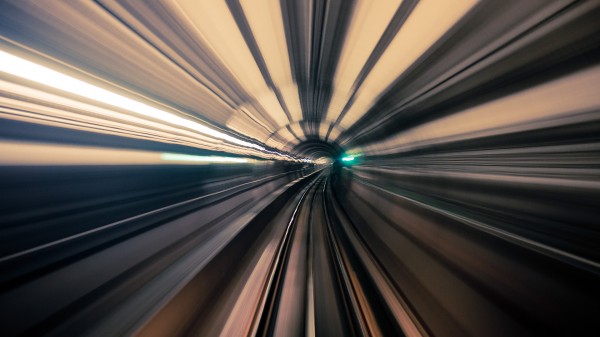 Anyone who thinks they can read between the lines of the two sets of council votes this week — about the Scarborough subway and Smart Track — should remember that what we’re seeing now at City Hall is merely political foreplay.

The four quick votes against Josh Matlow’s administrative inquiries into the Scarborough subway cost/corridor questions tell us nothing about council’s ultimate intentions with regards to that $3.4 billion-and-counting monument to Glen de Baeremaeker’s insecurities. Nor does the impressive 42-2 vote in favour of the Smart Track studies reveal evidence of unity of purpose.

Rather, what really matters is that point off in the middle distance where these two sets of transit mega-project proposals, and their respective price-tags, intersect. Because they will, and that collision will likely occur approximately a year from now – a kind of supercollider for Toronto’s latest transit ambitions.

City and Metrolinx officials will spend much of the rest of 2015 analyzing the various configurations, how the two routes interact with one another, and how Smart Track fits into the province’s $15 billion Regional Express Rail plan. At the same time, the Scarborough subway scheme will be subject to an accelerated approvals process that will look at corridor configurations, lengths, stations, etc.

But the crucial money/financing questions won’t hit council until next spring, at the earliest, and that’s when the bonfire of the vanities will begin in earnest.

As an aside, one of the reasons Torontonians are chronically confused about transit is that transit reports wash up on council’s agenda so frequently, and repeatedly, that it’s often difficult to identify genuine decision moments. As the councillors well understand, those moments occur when they agree to spend or borrow money, and vote on motions that end in phrases such as, “authorize city officials to enter into agreements…” We had one of those moments in the fall of 2012 – when the City, the TTC and Metrolinx signed a master agreement to build the four LRT lines. We’re now facing the $75 million consequence of reneging, which is how you can tell it was a real decision.

Problem is, it’s not always easy to determine where in the process the money vote will occur. Sometimes, what feels like the ninth inning is actually only the seventh inning (Exhibit A: the Scarborough subway vote last spring). But as I said, the councillors all know.

While city officials laid out a process and rough time-table at council this week, several externally-imposed financial imponderables could derail the process – most notably the federal contribution to Smart Track. No one, including John Tory, has the foggiest idea how that one will play out. Until we all know the answer to said riddle, the rest is up in the air. After all, the quantum of the provincial contribution to Smart Track is obviously a function of the size of the federal investment. As long as we don’t have answers, sit back and watch for more foreplay.

Amidst all those question marks, my sources tell me that city staff, once they turn their attention to the money issues, will make sure that council is presented with the full financial picture. After all, the combined price tag for Smart Track and the Scarborough subway could easily exceed $12 or $13 billion — a substantial, though undetermined, portion of which will come from property taxpayers, development charges and city-issued debt.

Given that the city’s debt-service ratio will be perilously close to the mandated 15% ceiling by 2020 (the current level is 12%), it’s clear that decisions on the two lines can’t be made independently, both for financial reasons and also in terms of transit effectiveness.

Another piece of analysis we won’t see until next spring is city staff’s take on the revenue potential for Tory’s tax increment financing (TIF) scheme, which involves borrowing funds for infrastructure investment and paying down the debt using taxes generated by increased property assessment. During the election, candidate Tory claimed TIFs along the Smart Track corridor would bring in $2.6 billion.

What City officials will do, over the next year, is develop various scenarios for what kinds of revenues the City can actually expect, based on low, average and high-growth development projections on the corridor. They’ll also quietly canvas the bond markets to see whether TIF notes will sell, and for how much.

The politically expedient move for Tory and his backers would simply be to believe the most optimistic revenue scenario, and choose accordingly. But the reality is that the capital markets will have to absorb a massive release of City of Toronto debt, which is secured against investment decisions that may not happen for decades and are subject to macro-economic unknowns. Indeed, investors have never seen City of Toronto TIF bonds before. The markets will price accordingly, but it’s safe to assume the City will pay a premium – i.e., higher servicing charges on the operating budget — because it will be pushing out so much speculative debt on top of all the other borrowing the City does in normal course.

Bottom line: if council wants to limit the City’s exposure to costly debt charges, it may have to consider additional revenue tools to finance Smart Track.

All the while, more granular cost estimates on the Scarborough subway will come into sharper focus, and I fearlessly predict those numbers will go up every time de Baeremaeker and Scarborough’s newest grievance-monger, Jim Karygiannis, open their mouths.

In the past, council has tolerated project budget inflation due to mission creep or unexpected complexities, e.g., St Clair right-of-way, Queen’s Quay, Union Station. But the foregoing mega-projects pale in comparison to the Scarborough subway, raising the spectre of mind-boggling budget overruns.

Consider the yelling about the Union Station revitalization, which has seen its cost jump by $80 million, to $795 million. But a 10% increase or overrun on the Scarborough subway budget, a figure that is significantly less than the contingency on the Queen’s Quay revamp, could top $350 million or more, enough to pay for half the Queen’s Quay East LRT. And that number may only be part of an equation that includes additional outlays for Smart Track due to higher borrowing costs, lower-than-expected federal transfers, etc.

Point is, the financial uncertainties associated with one will affect the viability of the other.

About a year or so from now, council will be asked to cast votes on reports that include numbers with dollar-signs, and they’ll likely be requested to make choices about how to mitigate those very large costs. Among those choices will be service scenarios generated by the city’s expert transit advisors that reveal the redundancy writ large on these two parallel sets of rapid transit schemes.

So ask yourself this question: if Tory and the rest of council have to choose between these two megaprojects in order to mitigate the city’s long-term financial risk, which one will they throw overboard?

From where I sit, it seems almost inevitable that we’re barreling down the tracks towards a political either/or moment.