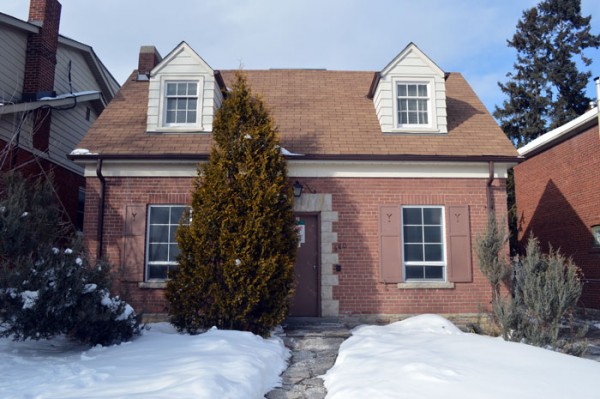 The lights are on but there’s no-one home at 640 Millwood Rd.

The two-storey suburban home near Bayview and Eglinton doesn’t exactly stand out among its neighbours. The front lawn has been recently mowed, there are plants outside the front window, and sometimes a vehicle in the drive—but something’s not quite right. Maybe it’s something to do with the metal exhaust poking out just above the roof line.

The man from down the street only has nice things to say. “Very quiet,” he smiles. No-one answers when I knock on the door.

A short walk away at 386 Eglinton Ave. E., there’s an exact copy of the Millwood house, but this one looks a little worse for wear. The windows have been knocked out and filled with bright orange tarp. The side door has been kicked in and a wall at the back has been partially demolished, exposing the interior. A look inside reveals the shocking truth—the home is a fake.

Toronto Hydro and its predecessor organizations has been building shell homes around its residential transformers since around the second world war. Breakers and voltage dials are located in the main part of the house, the unsightly heavy equipment necessary for converting high voltage electricity to a current suitable for domestic consumption usually in a brick building at the rear. 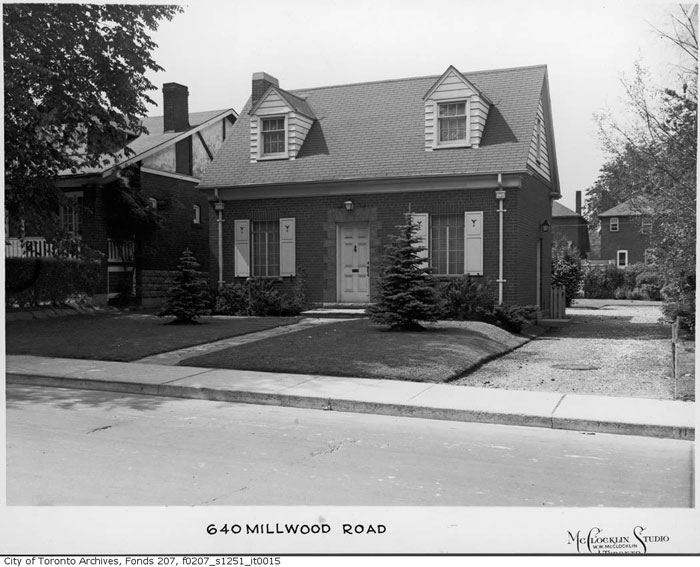 The “transformer home” on Millwood Rd. was designed to closely match the look of its post-war Leaside neighbours. Toronto Hydro added decorative wooden shutters, a crazy-paved walkway, neat little flower beds, even a brick chimney in an effort to hide the building’s real purpose. A chain across the driveway is the only obvious modern addition. “People kept parking in there,” says a passer-by.

The home cost about $5,000 to build in the late 1940s. Like a movie prop, the inside is mostly bare, but there’s an attic space and a working washroom for visiting engineers. A 1958 Globe and Mail article reported transformer homes were often convincing enough to fool canvassers and circular distributors when they were new. It’s easy to see why. 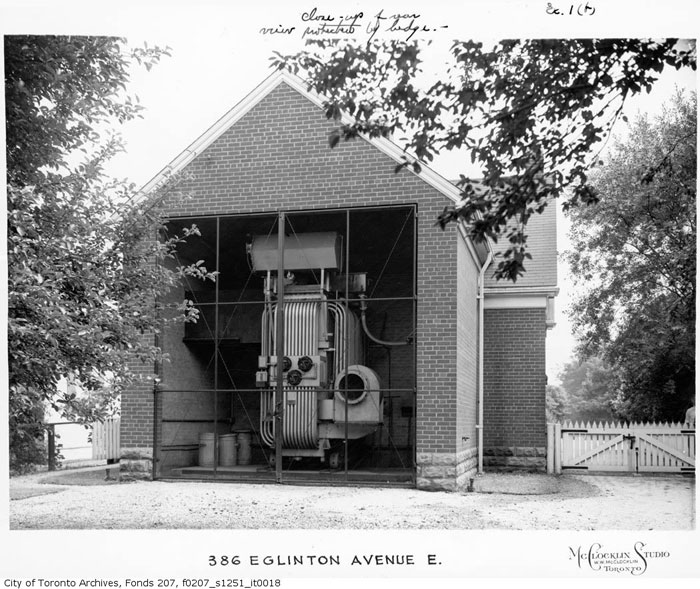 All told, there are 79 active transformer homes dotted across Toronto, but there used to be more than 200. One of the oldest dates back to the 1930s. The massive Gothic hulk of Glengrove station, which sits on the west side of Yonge St. a short distance south of Lawrence, was an early attempt by Toronto Hydro to shroud its unsightly guts in something pleasing to the eye. Unlike the later transformer homes, however, Glengrove was never meant to hide in plain sight. 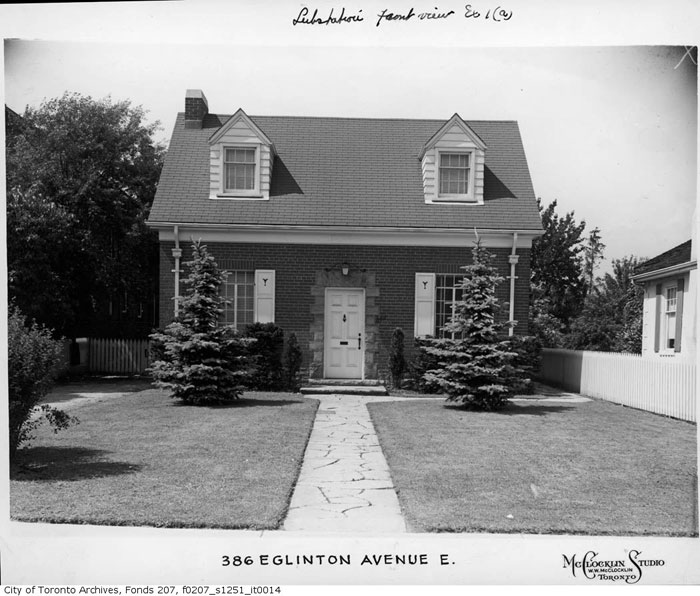 Also notable among Toronto Hydro’s domestic real estate is 746 Scarlett Rd., an Arts and Crafts home that used to have human inhabitants. The building, nicknamed “the Mountbatten” for its location at the corner of Mountbatten Rd., was bought and gutted by Etobicoke Hydro. Couches and beds replaced by humming electrical gear.

85 Elm Ridge Dr. near Allen Rd. and Eglinton is a full two storeys with a neat paved driveway and wrought iron gate. 555 Spadina Rd., nestled among million dollar Forest Hill homes, is a perfect Georgian Revival mansion. At 74 Livingston Rd. in Scarborough the deception is almost perfect. If it weren’t for two expensive-looking CCTV cameras there would be no reason for anyone to suspect anything was amiss inside.

Though Leaside seems to have a preponderance of these structures, there are examples across Toronto, particularly in the suburbs, in a range of architectural styles. Etobicoke is the city’s fake home heartland with 41 of the structures. Scarborough has 25 and North York 6. 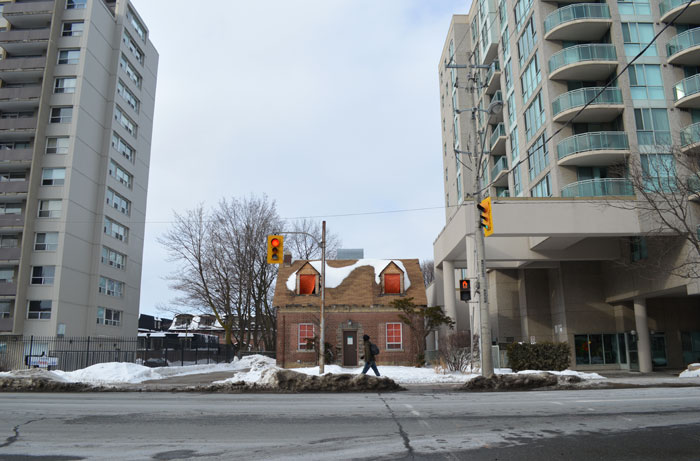 It’s a shame, really. The new neighbours certainly won’t be so quiet.