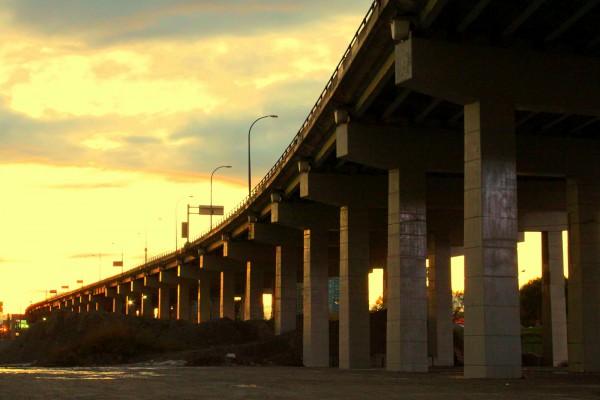 With apologies to my readers who hate sports metaphors, this week’s city council showdown over the Gardiner may seem like overtime in Game 7 of a Stanley Cup final. But the legal, procedural and political reality is that the decision — if council actually makes one this week – is merely one more step in a drawn-out environmental assessment process that will wend through several additional stages (and possibly legal action) before a final recommendation lands on the desk of the minister of the environment. Team Hybrid has barely gotten to the semis.

At last week’s news conference by pro-boulevard advocates, former chief planner Paul Bedford first raised the spectre of what might happen if the City’s preferred option doesn’t align with the Gardiner East EA terms of reference (ToR), which were approved in 2009 by then minister John Gerretsen.

Under provincial EA rules, the proponents begin by scoping out the ToR, an involved process in and of itself, and one that includes a fair amount of public consultation. The ToR doesn’t anticipate the outcome, and indeed such documents are meant to remind the parties to look at all possible courses of action, including the status quo. But they also serve as a broad policy framework, and reflect, to the extent possible, a political objective. After all, EAs only happen because governments want to make some kind of change in our built environment.

It’s worth briefly revisiting the period that led to the 2009 ToR. After years of gridlock on the future of the Gardiner – Robert Fung’s 1999 waterfront taskforce recommended dismantling the entire thing as part of the preparations for an 2008 Olympic bid, but the plan floundered — then mayor David Miller reversed his opposition in 2008 and backed a scaled-down proposal to tear down the eastern end, between Jarvis and the Don Valley. Waterfront Toronto, which is institutionally invested in removing the highway as a means of triggering development, leapt into action, and the two entities commenced an EA process, which produced the ToR.

At the time, Miller and the McGuinty Liberals still had a solid working relationship. Queen’s Park hadn’t begun to chop back Transit City, and the two governments were in sync on environmental goals.

The ToR is a kind of freeze-frame reflection of that moment, but one now enshrined in a legally proscribed process. You’d have to be willfully blind to believe that the five goals specified in the ToR align in any way with the hybrid (a.k.a. replace) option as a preferred choice. Those goals, which I tweeted on Friday, talk about revitalizing the waterfront, eliminating barriers, freeing up land for development, and privileging transit in the city/region’s future plans. It’s hard to imagine how re-building the highway dovetails in any way with the ToR’s sustainability goal.

In any event, when Rob Ford arrived in our civic lives, Waterfront Toronto officials hastily shoved the EA into a suburban storage locker, which is where it stayed until he lost his ability to control a winning block of council votes.

The staff report to be debated this week contains but the faintest echoes of the ToR document which frames the entire process. Noting that the hybrid has “emerged as a strong and viable option,” the report implicitly posits a false dichotomy in its bid to force a resolution from council: “the Gardiner East EA decision comes down to addressing two very important priorities: traffic congestion and city building.”

By the way, that hot-button word “congestion” appears no fewer than 17 times in the staff report. It doesn’t appear once in the original ToR.

For the six months following this week’s vote (assuming no deferral), staff will refine the alternative designs and absorb more feedback from the public. The draft EA will be submitted to the province by year end, and specifically to the current minister of the environment, Glen Murray. His officials will spend the better part of 2016 trawling through the whole file, analyzing the technical elements, the financial estimates and the public’s feedback. If ministry officials don’t think the City/Waterfront Toronto took into account considerations that turn up in this further round of consultations and analysis, they can go back to the proponents and ask for more.

Ultimately, Murray’s staff and MoE analysts must measure the draft EA, and the preferred option, against the original terms of reference. It’s by no means a precise science: there’s no scoring or quantitative evaluation, one against the other. The point is, provincial officials must exercise their best analytical judgment, and then the minister must make a political choice in approving or rejecting the preferred option.

Which brings me to the set of voices in this debate that have been conspicuously silent. Yes, the federal Liberal GTA caucus, including right-wingers like John MacKay, released a joint letter last week backing the boulevard option. Much less clear is where Kathleen Wynne’s Liberals stand.

They are, of course, playing their cards close to the vest. But there are two key details in this whole debate that should offer clues about how Queen’s Park may be approaching the Gardiner showdown and the hybrid in particular.

One is that Wynne has clearly placed a great big bet on the environment as her signature achievement/legacy. There’s the multi-billion investment in transit expansion, the climate advocacy, the alliance with Quebec on a cap-and-trade system, etc. Instead of touting highway expansion projects, she made Murray her climate change minister.

Second is that the hybrid — a new highway, after all — not only represents a move in the opposite direction; it also soaks up a vast amount of scarce capital that could be used for more local transit capital projects, notably the Queen’s Quay East LRT.

So while Tory and his advisors may privately see the hybrid as a way to pre-empt Ford in 2018, or at least give him with one less cudgel, Wynne’s people don’t much care about such parochial calculations. But they likely are annoyed by big dollar choices that undermine their own regional planning and fiscal goals.

I also wonder about the following: as both the Toronto Star and The Globe and Mail trip over one another to report on cities that dismantled expressways without causing chaos, Wynne and Murray – who, as mayor of Winnipeg, went out of his way to cultivate an alliance with Jane Jacobs — both understand Toronto’s history well enough to know how each of those case-study stories end: well.

During the Stop Spadina fight, Jacobs and her activists sought to end run municipal transportation officials by lobbying the provincial Tories. In the end, when Roy McMurtry finally convinced John Tory’s old boss Bill Davis to cancel the Spadina Expressway and, with it, Metro Toronto’s fantasy of a metropolis crisscrossed by superhighways, they not only saved the Annex and the Cedarvale Ravine; they laid the foundation for a remarkably livable and economically robust city.

Here’s my question: if the hybrid prevails as the city’s preferred option, will Glen Murray step up to become the McMurtry to Kathleen Wynne’s Davis? After all, if you peel away the layers of policy bafflegab that encase this decision, it seems likely these two ostensibly progressive, urban-minded politicians must realize that a reprise of Davis’ legacy-defining choice will soon be theirs’ for the taking. The anticipation must be – should be – almost palpable.