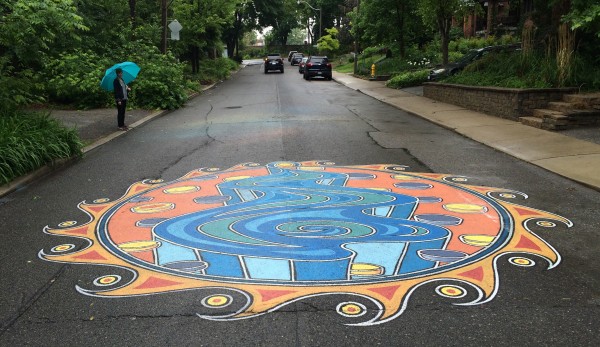 Toronto is no stranger to painted murals.  From Art Starts to Mural Routes to the City’s StART program, we’re increasingly beautifying the walls of our public spaces with glorious pigment.

But there’s a new frontier, an unexplored canvass that’s thirsty for paint: our roads!

Street murals began as a radical act of guerrilla activism, twenty years ago, in Portland Oregon.  A group of neighbours got together and decided to paint a mural in the middle of an intersection.  City officials told them to remove it, but the community fought back and the city ended up creating an official permit process to allow for neighbourhood street murals across the city.  Since then, hundreds of lateral canvasses have been painted across the US and Canada.  The murals bring communities together in a collaborative creative process, building community and strengthening relationships.  As a bonus, the final product also serves as a traffic-calming measure as cars tend to slow down as they approach the painting.

Toronto is really behind the game on this.  Ottawa launched their pilot project last year and has already seen a few amazing murals painted, like this.  Halifax also launched an ambitious project that not only allows street murals, but also provides City staff to help neighbourhoods get their permits and “provides staff support for project painting days“!  Vancouver has been painting their roads for years.

Let’s get the ball rolling here at home.

I’m involved with my local neighbourhood group, the Regal Heights Residents Association, so last year I proposed a neighbourhood street mural for our community and received unanimous support from our membership. I coordinated a pilot project in November, using street chalk, and the community response was universally positive.

Recently, our association decided to try something more ambitious for 2015, using paint!  The hardest part of making a street mural, is keeping the cars off the road while the paint dries, so when I heard about the Regal Heights Street Party it occurred to me that a pre-planned road closure would be the perfect opportunity to create our ground-level masterpiece.

I met with the party organisers and they agreed to offer some road space for our project.  Then I recruited local artist Melissa Frew and asked her to sketch an original drawing for the mural.  I suggested a water theme, since the mural was being painted directly over the fabled buried Garrison Creek. 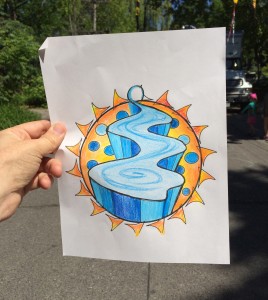 The next thing we needed was a technical expert.  I asked infamous street artist Victor Fraser if he would join our team and he accepted the invitation.

Last weekend, we took Melissa’s sketch, drew the outlines on the road and then invited 20 local kids to paint inside the lines! 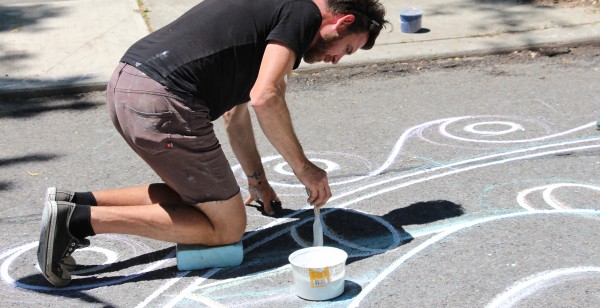 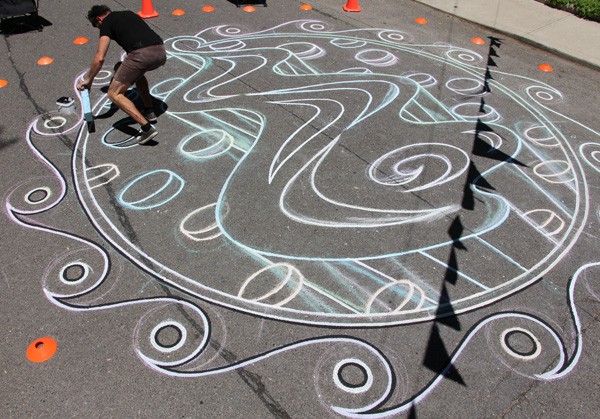 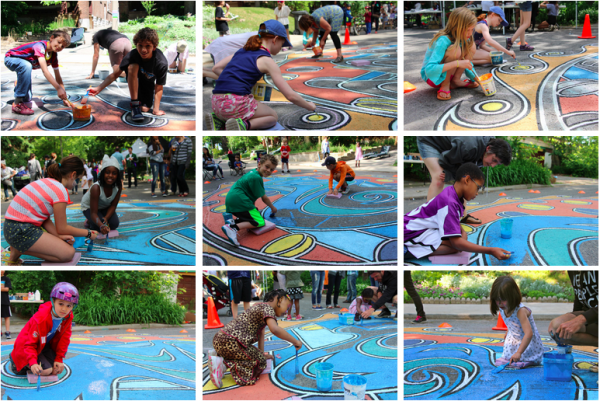 The experience was incredible, and I’m hoping it can be replicated across Toronto.  It’s time for City Council to adopt rules that allow for street mural to be painted with permission.  Here are some of the guidelines that Ottawa has created: 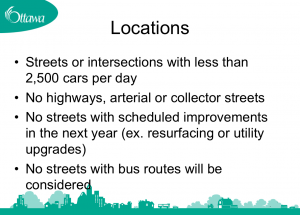 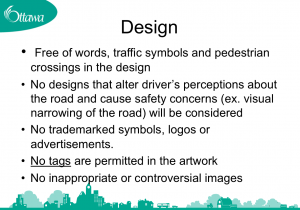 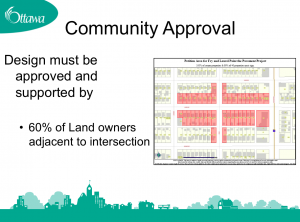 If you have a chance, come visit the new mural in Regal Heights!  It’s on Springmount Ave, just south of Rosemount.

And if you want to see more street murals in Toronto, there are three things you can do: 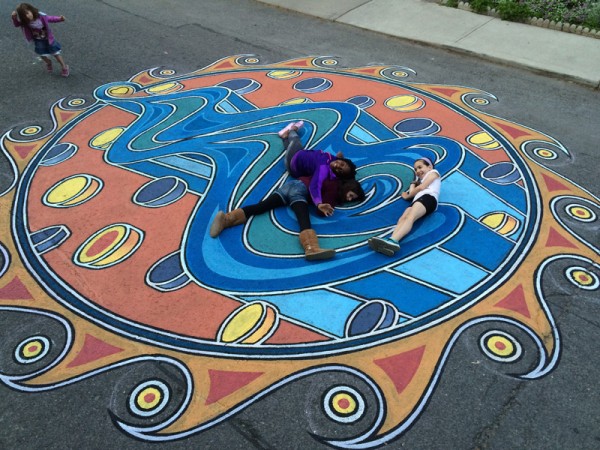 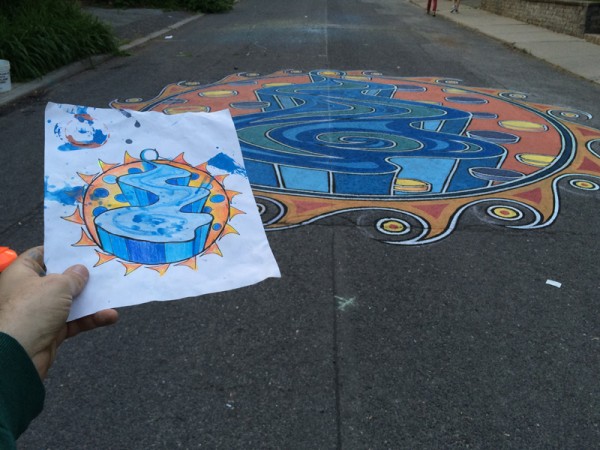 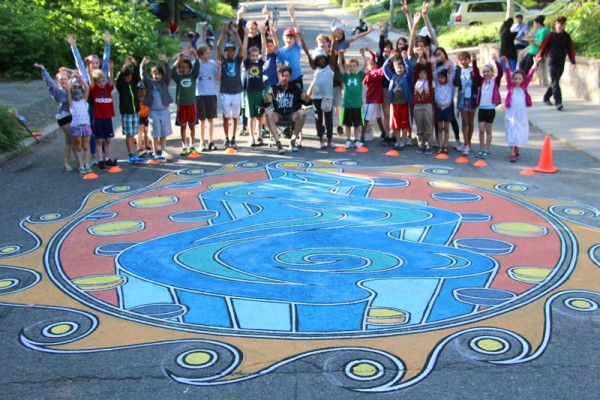