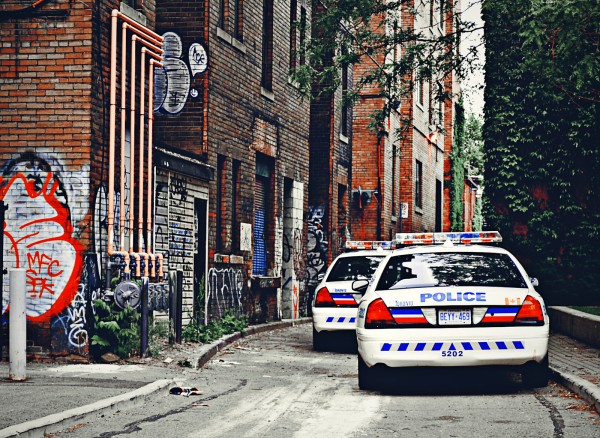 In Toronto, it is now in vogue to be down with the cause that is Stop Carding Now. The media is on board, so are some prominent Torontonians — heck, even Mayor John Tory and the former chair of the Toronto Police Services Board have began to sing this popular tune.

In theory, I should be satisfied that the TPSB and Chief Mark Saunders are finally moving in the direction that the community has been advocating (i.e. the 2014 policy, which made it clear that those stopped could walk away or receive a copy of the information taken down). And yet, I’ve been feeling hollow about all of these latest developments. The board had a chance to make things right, but they chose to go for the quick political win and the easy fix.

The 2014 policy was a good compromise because proponents for reform trusted the Toronto Police Service and the board to implement the changes. A year later, however, and that good will has deteriorated. Why? The new chief Mark Saunders has said that abolishing carding would increase crime. Tory is flip-flopping. And the board failed to assert its oversight responsibility even as the communities affected by their decisions continued to face further stigmatization.

There’s no more faith in the board to implement the 2014 policy. It now just looks like TPSB is trying to save face. Too little, too late.

The mayor has spectacularly reversed himself on carding, sometimes as often as twice in a mere 24 hours. He has made me question whether or not he truly understands the issue. Or does he just change his mind based on whom he talked to last? After all, Tory went into last week’s board meeting resolved to end a practice that he defined as, “the random stopping of citizens not engaged in or suspected of criminal activity for the purposes of gathering information,” and “the recording by (police) service members of those engagements and the retention of that information.” As Tory added, “incremental, mediated change was not achieving adequate, timely progress on a practice that has become seen as illegitimate, discriminatory and hurtful.” But then, he proceeded to resuscitate a 2014 policy that was designed specifically to bring incremental and mediated change.

Besides public pressure and polling, the mayor’s sense of urgency seems motivated by his severe discomfort in talking about the racial profiling deeply embedded in the practice of carding. As he said, the decision to change courses has been “personally agonizing.” Yet Tory seems more concerned about his reputation; he doesn’t want to be tainted by allegations that he supports an inherently racially-motivated policy, especially when criticism comes from his peers (former Progressive Conservative cabinet minister and Ontario chief justice Roy McMurtry) or a black community that, as he pointed out last week, has bestowed many awards on him.

The new chief, on the other hand, seems more receptive to accepting the 2014 policy – which he claimed, during last week’s board meeting, he hasn’t read ”in quite some time.” Yet Saunders’ view makes me wonder: what changed? Former chief Bill Blair strongly implied that the board had legally overreached its oversight mandate and infringed on the right of police officers to exercise discretion in their day-to-day engagement with residents. Apparently, Blair’s claims had sufficient validity that the board emerged from a closed-door mediation over the last year with a watered down policy. Furthermore, Saunders inherited all of Blair’s senior advisors. Does he not share the same legal concerns that Blair had?

Saunders’ vision for Toronto is “intelligence-led policing” and he’s been an ardent supporter of carding. For him to now bow to the board’s direction seems to be a step in the right direction. But have we passed the point of reforming carding?

The community shouldn’t have had to fight so hard, and for so long, to achieve a reasonable compromise. What does this frustrating delay say to those who are still fearful every time they are stopped by police? And will the world change for them now that the 2014 policy has been passed, again? Does it prevent black and brown boys from feeling they’ve been racially profiled the next time they engage with a cop? Maybe, but maybe not.

Perhaps all this flip-flopping only means that these young men and women will receive better customer service when they get arbitrarily stopped, or “engaged.” While we wait for the Ontario government to pass legislation restricting arbitrary carding, they may still have their personal information entered in a database if a police officer claims to be responding to a public safety concern, no matter how vague.

Lots of questions, not enough answers. Whatever the police will call these stops in the future, we shouldn’t allow our leaders to believe they’re any more valid or even legal than what existed before.