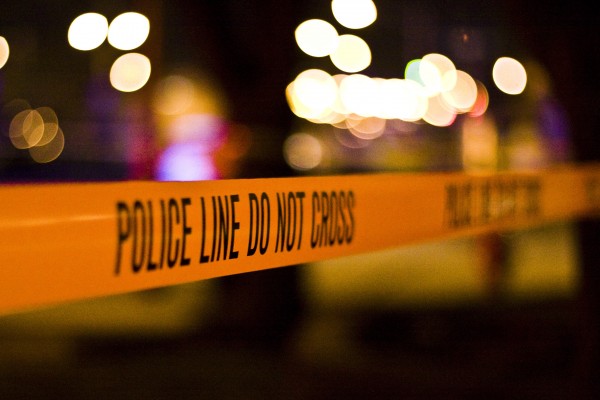 In a four part series, Spacing’s senior editor John Lorinc and columnist Idil Burale look back on the “summer of the gun” in 2005.

On August 9, 2005, The National Post’s city hall correspondent Natalie Alcoba published a grim inventory of the 33 shooting incidents, many of them fatal, that had occurred since late June 2005, the most recent being a double homicide during a confrontation in the Wellesley/Sherbourne area.

“A summary,” she wrote, “of Toronto’s summer of the gun.”

This sentence is the first published mention I can find of a phrase that came to define the surge of gun violence that seemed to break out across the city, like some kind of lethal civic rash.

The truth, however, is that the shootings didn’t begin in 2005, nor did the mayhem only last for a single season. If I had to put brackets around an era during which the city, its leaders and its law enforcement officials became deeply preoccupied with guns and gangs, I’d focus on the period extending from the final weeks of the 2003 mayoral campaign to the wrenching aftermath of Jordan Manner’s shooting death in a high school stairwell in May, 2007.

In early October, 2003, StatsCan reported that shootings across Canada had reached record lows. But the warmth of that news was quickly obscured by a spate of gun-related homicides in Toronto, including a shooting in the Kennedy subway station and then five murders in the week after Halloween. “Where have we gone wrong? I don’t know,” then Chief Julian Fantino said to The Globe anad Mail. “All I know is we can’t go on this way. . . . There has to be a time when we all come together and solve these problems.”

The eruption of seemingly random, public violence gave then mayoral candidate John Tory a big boost, and gave credence to his pledge to hire 400 additional police officers. David Miller, then in a lead that was rapidly narrowing, had no choice but to match Tory’s promise. The pressure on Miller to adopt a tough-on-crime stance not only continued after his victory but intensified.

In response, Miller, with backing from then Ontario chief justice Roy McMurtry, launched a community safety plan that set out to strengthen the social infrastructure of priority neighbourhoods with high levels of crime and poverty.

By late 2005, after the headline-making gun violence of the summer and then a job action by front line officers, the Toronto Police Services Board consummated a new contract that included cash for up to 200 new beat cops. The Ontario Liberal government, meanwhile, established the “guns and gangs taskforce,” a multi-agency GTA-wide effort that included funds for more investigators and 32 new crowns.

But if the summer violence put guns on the front policy burner, the political turning point occurred on Boxing Day, 2005, when Jane Creba, a teenager out shopping on Yonge Street, died during a hail of crossfire near the Eaton’s Centre. Within days of the tragic death of a young innocent bystander, Toronto police and the province announced the creation of the Toronto Anti-Violence Intervention Strategy, a $51 million program that added even more specialized prosecutors, established a “major crime” courtroom, and funded the construction of a $26 million “state of the art” operations centre for the guns and gangs taskforce.

Children and innocent bystanders had died in earlier incidents in the suburbs or public housing, but Creba’s death on a crowded downtown street became a rallying point, and provided police with a license to crack down on gangs in the neighbourhoods considered (by police) to be the prime source of all the violence.

Perhaps because of the increased enforcement or perhaps due to other factors, the city’s homicide rate in 2006 dropped towards more historically typical levels, but it bounced right back in the first several months of 2007. Then, on the weekend following Victoria Day, Jordan Manners, also 15, was shot and killed in a stairwell of C.W. Jefferys Collegiate, a North York high school.

Manners’ death caused a firestorm of outrage comparable to the aftermath of Creba’s death, at least in part because no student had ever been shot to death inside a Toronto school. Stories circulated about outsiders, including gang members, wandering freely inside the hallways of C.W. Jefferys.

Two weeks after Manners’ death, the Toronto District School Board decided to conduct a far-ranging investigation, appointing criminal lawyer Julian Falconer to lead a panel that would examine safety issues across the entire board. A few days later, then premier Dalton McGuinty named McMurtry and former speaker Alvin Curling to do a “review” on the roots of youth violence. As the premier said at the time, no parent should ever have to worry about losing a child to violence.

Those high-level moves marked the culmination of a sustained policy and political campaign to confront hot-button issues such as gun crime, gangs, concentrated poverty, and youth violence. The bulked up policing, the new prosecutors and courts, the city’s doubled-down focus on troubled neighbourhoods – it all coalesced into an urgent push by civic and provincial leaders to find solutions to the seeming threats to Toronto’s much-touted quality of life and cohesiveness.

Tomorrow: Idil Burale on the policing legacy of the summer of the gun.