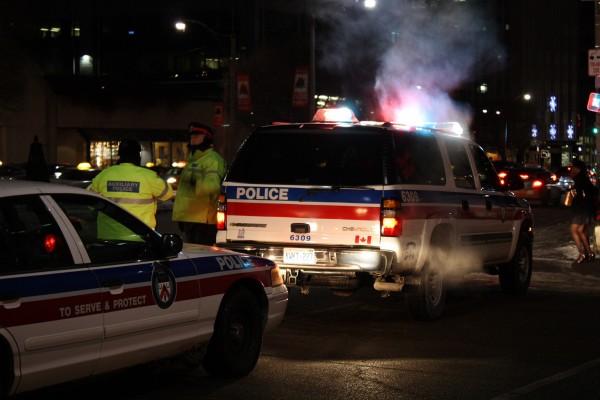 The response to the summer of the gun has been characterized as a combination of prevention (i.e. place-based investment) and enforcement (i.e. targeted police strategies in designated areas with high crime). The 2006 Boxing Day shooting of Jane Creba served as a catalyst for public and private investments meant to curtail gun violence. The City and the province also commissioned reports on how to address the root causes, but mostly ignored the findings. Indeed, the City’s priorities became evident over time: it created a well funded strategy for enforcement but only a lukewarm commitment to prevention.

Between 2003 and 2013, Toronto’s overall crime rate declined 42%. While Toronto has not become more dangerous than it was in the early 1990s, the homicide rate in 2005 paled by comparison to the 84 murders in 2007, the highest since 1981. The aftermath of the summer of the gun, however, created a highly alarming narrative, one that led to the creation of  the Toronto Anti-Violence Intervention Strategy (TAVIS) in 2006, as well as the mass deployment of CCTV cameras in public spaces and Toronto Community Housing communities. Frequent guns and gang raids became the norm in our designated ”priority neighbourhoods.”

On this anniversary, we should focus on the legacy of the big raids and TAVIS, and ask whether this militaristic law enforcement effort succeeded in making neighbourhoods safer or actually created unintended consequences.

TAVIS was supposed to be a temporary intervention strategy. As noted in the 2012 Youth Action Plan report, which implemented the recommendations of the 2008 Roots of Youth Violence report, the TAVIS funding was to expire at the end of 2011. But the Liberals guaranteed and made permanent the $5 million annual funding in the wake of the Danzig Street shootings, the worst and most lethal shoot-out in the city’s history.

The Roots report, as it happens, was clear about the problems with blanket policing from the perspective of youth. The authors cite “undue aggressiveness” and “over-criminalization” as key drivers of the sort of alienation that fosters violence. “It was made clear to us,” the Report’s authors state, “that when policing is done in an aggressive manner, when youth are singled out for attention because of their race and treated with a lack of civility, they can become alienated, lose self-esteem and feel that they have less hope or opportunity in this society.”

Four years after that warning, the province doubled down on TAVIS. What’s more, we now know that TAVIS has been responsible for half of the total carding incidents in Toronto, according to The Toronto Star’s “Known To Police” series. Many high profile TAVIS cases involve disproportionate use of force, and TAVIS units receives the most complaints from the public.

Has TAVIS done anything to improve the quality of life in high-needs neighbourhoods? When it launched the Youth Action Plan, the province said TAVIS’s activities had resulted in 21,748 arrests and 1,991 firearms seizures as of December 31, 2011. At the same time, police officials say the success of TAVIS is measured “not based on the number of arrests made but on the reduction in crime, enhancement of public trust and confidence, and the building of relationships within the communities most affected by violence.” Now, I don’t know how the police quantify “public trust and confidence,” but in the eyes of many residents of neighbourhoods directly affected by their tactics, TAVIS is seen as one of the worst elements of Toronto’s policing, especially among those most directly impacted: racialized youth.

As an intervention strategy, TAVIS was designed to be time-limited, geographically specific, and issue-based. It’s supposed to be intelligent-led policing which targets known gang associates engaged in guns and drug activities who are on the verge of committing an offence – not the mass documentation of ordinary people whose only misfortune is that they happen to live in a crime “hot spot.” But in the way SWOT teams evolved from an emergency response into full-time units, the TAVIS strategy became standard operating practice even though its track record has never been formally assessed.

Common sense dictates that no operational plan should last forever, especially when violent crime rates have been decreasing across the board. Yet governments have consistently failed to evaluate the impact of aggressive policing strategies. As the 2008 Roots of Youth Violence report observed,

“They may, for example, bring dangerous criminals to justice, deter crime, reduce fear of crime in specific communities and increase public trust in the police. However…previous research suggests that these aggressive policing programs may also be expensive, may not reduce crime rates in the long term and could have a very negative impact on community perceptions of the justice system. The only way to truly determine the long-term benefits – and consequences – of such programs would be to conduct rigorous, transparent evaluations.”

What is the relationship between stops, arrests, and convictions for TAVIS? Right now, that information is not publicly available. Consequently, we can’t determine whether TAVIS’ high contact rates with targeted communities translate into significant quantities of guns being taken off the streets. While it is easy to round up people and lay charges, TAVIS’s true success should be based on the conviction rate, which has never been publicly revealed.

Similarly, raids became common annual occurrences in many low-income neighbourhoods. But could these guns and gang sweeps have unwittingly contributed to increased violence?

According to researchers, the answer is yes. Raids tend to create a power vacuum. When police arrest the senior leaders of a gang, younger, more junior members take their place. As a result, this messy power shift produces more chaos. One 2010 University of Toronto research thesis by Amy Marie Siciliano pinpointed a 2004 raid in Malvern as a precursor to the gun violence in 2005:

“[T]hey busted a bunch of these gangs and sent all of the gang elders to the clang and so there were a lot 15 and 16 year olds without elders who didn’t …understand that you’re not supposed to shoot up your neighbourhood, and so it was mayhem. When you talk to the police about that time, they say yeah, absolutely, we busted the Malvern crew and then there were a bunch of these young bucks running around who thought they were the shit.”

In the same year, a scientific review from the Urban Health Research Institute at University of British Columbia came to a similar conclusion: “The available scientific evidence suggests that increasing law enforcement interventions to disrupt drug markets is unlikely to reduce drug gang violence. Instead, the existing evidence suggests that gun violence and high homicide rates are likely a natural consequence of drug prohibition and that increasingly sophisticated methods of disrupting Canadian gangs involved in drug distribution could unintentionally increase violence.”

Gary Newman, a project manager for Breaking The Cycle, a program that helps youth exit gangs, points to another dynamic unleashed by major raids:

“The raids created an us-vs-them mentality within the neighbourhood, and it also created a stronger attraction and bond to be connected with people who were gang affiliated or associated…This mentality begins to fester in the minds of the little ones (i.e. 6, 7, 8 and 9-year-olds) who are beginning to formulate their impressions of the police. When they see the police breaking into their houses [during a raid] they begin to perceive it as police harassing their mom, breaking their door and taking away their older brother. It’s going to become harder for that young person to grow up and respect law enforcement.”

Since the summer of the gun, it seems, the only priority these communities have received is a heightened police presence. We’ve also seen an emerging pattern of police delivering human services, like job fairs and after-school programs, in impoverished communities. So while there’s been a steady roll back on overall social investment, the police budget continues to increase at a rate that is three times that of inflation, in the last decade.

Tomorrow: What happened to all that talk about prevention?