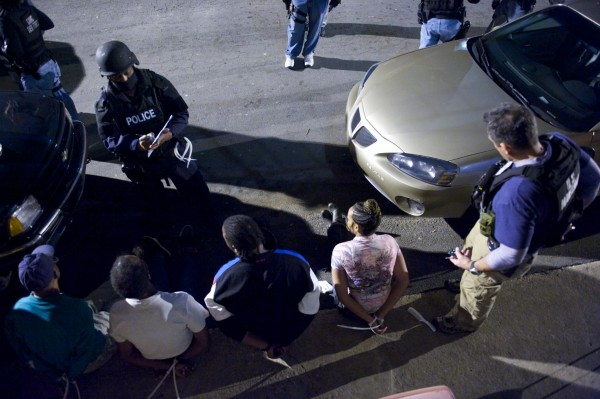 By John Lorinc and Idil Burale

In 2005, the Toronto Strong Neighbourhoods Task Force made the following call to action: “No one – no family, no child, no senior – should be disadvantaged by where they lived in the City…no one should have to accept inadequate services or limited opportunities because of the neighbourhood in which they reside.” Ten years later, this vision has yet to materialize and illustrates the many ways we still have to go.

Today, we are faced with the dual reality that crime is going down, but racialized poverty is going up and remains concentrated in the inner suburbs. Homicide rates have decreased, but so too have the ages of both the victims and perpetrators of gun violence. As last year’s Toronto Community Foundation’s Vital Signs reported: “2013 saw the highest number of youth killed by guns in a single year in more than two decades…Toronto’s shooting victims – all males in 2013 – got younger. Their average age was 22, down from 26 in 2012. It’s the lowest average age since 1990. In 1998, the average age was 34.”

The neighbourhoods plagued by gun violence are still the ones furthest from the subway lines, job opportunities, and the amenities conducive to a healthy quality of life.

The City often says it wants to fix neighbourhoods and make them more liveable, but that goal depends heavily on one’s perspective. Are we aiming to help manage the risk factors facing `problem’ communities or are we assisting communities to solve the problem(s) they themselves define? And within communities, whose voices prevail — tenants, homeowners, business people? Should outsiders frame problems and dictate solutions, or are we giving local residents the capacity to develop their own approaches?

In hindsight, much about the way Toronto reacted to the Summer of the Gun was predictable; we did all the obvious things. When faced with so many acts of brazen violence, it is easy for politicians to bolster the police, adopt a tough-on-crime approach and invest first and foremost on enforcement. It is also easy to fund placed-based initiatives in low-income neighbourhoods, all while overlooking the structural roots of disadvantage and economic isolation.

But after the TV crews move on, the police-community bbq’s wrap up, and the funding announcements concluded, the lived experience of the residents of Toronto’s marginalized communities mainly remain unchanged. To say we did or didn’t do enough is exceedingly difficult to determine. However, what is clear, ten years later, is that we did more to manage the problem than actually solve it.

The problem of gun violence did not stop after the police set up TAVIS and the province bankrolled the guns and gangs taskforce. Certainly, the following years set some troubling milestones for the city, including the second highest homicide rate since 1981; the fatal shooting of Jordan Manners in 2007, first time a student was killed with a gun at a Toronto school; the Eaton Centre shoot-out; and the Danzig Street attacks during the summer of 2012, one of the worst mass crimes in Toronto history.

The good news is that our leaders finally seem to be coming to understand that the more we focus on crime prevention and law enforcement, the more we will be relying on the police to ensure community safety. Instead, we should be developing a holistic community well-being strategy to achieve improved neighbourhood safety. DeRay McKesson, an American civil rights activist, put it succinctly: “Community safety is not predicated on police presence, but on economic stability, workforce development, strong schools, and healthy neighborhoods.”

How to get there? First, Queen’s Park should halt the permanent funding of TAVIS until there’s a comprehensive, independent analysis of whether these investments justified the expense. “Since its inception in 2006,” according to the Ministry of Community Safety & Correctional Services’ 2013 report, “[TAVIS] has led to 24,031 arrests and made 474,346 community contacts.” But how can carding almost half a million people to produce 24,031 arrests – a significant number of which didn’t lead to criminal convictions — be deemed success? Do the means justify the ends? Is this strategy making Ontarians safer, or is it alienating large portions of the city’s population?

Instead of spending $5 million on TAVIS every year, the provincial government should dedicate additional funding to reintegration programs for young offenders. Youth between the ages of 20 and 25 are at the highest risk of being a victim or perpetrator of gun violence, but there aren’t enough programs designed specifically for a vulnerable demographic whose members could use more attention.

We should also question the prevailing assumption that the police should have a monopoly on countering or preventing violent behaviour. It’s like the old saying: if your only tool is a hammer, every problem looks like a nail.

With the experience gleaned from the past ten years, in fact, we desperately need to look for other tools. Consider the Breaking the Cycle program: In recent years, 250 young ex-gang members have become community ambassadors who can use their street knowledge to head off conflicts before they turn violent. (Similar programs operate elsewhere, with impressive results.) But as long as the city regards the police as the only institution mandated to fight youth violence, we will never tap into alternative approaches that engage young people with intimate knowledge of the dynamics that lead to conflict.

It’s worth noting that other jurisdictions have had precisely these kinds of insights. “Historically in Canada,” according to a 2008 B.C. report on preventing youth violence by sociologist and gang expert Mark Totten, “gang suppression and community safety strategies have won out over evidence-based treatment and prevention. Unfortunately, scarce resources have been spent on ‘get tough’ approaches, where young gang members are incarcerated at huge financial cost. Ironically, the best gang intervention programs cost a fraction of the ‘lock ‘em up’ approach, yet have not been implemented in a systematic fashion across the country.”

If Toronto were to adopt a community well-being approach, we would put services geared to mental health, addiction, educational attainment, employment and family well-being at the centre of the picture, instead of battalions of police officers. As Totten observes, jurisdictions need to focus on “both social problems (such as poverty, social disorganization, unstable housing, discrimination, poor living environments) and individual risk factors (such as addictions, family violence and child maltreatment, poor parenting abilities, Fetal Alcohol Spectrum Disorder, school drop-out and unemployment).”

Ten years after that fateful summer, the point is this: youth violence is complicated, and it won’t yield either to militaristic policing tactics or place-based infrastructure projects designed to re-assure progressive-minded municipal politicians that they’re investing in neighbourhoods and not just cops.

The sooner we see the problem without these politically-motivated blinders, the sooner we’ll figure out how to make the sort of progress that will make a difference to the communities where such conflict is most keenly felt.