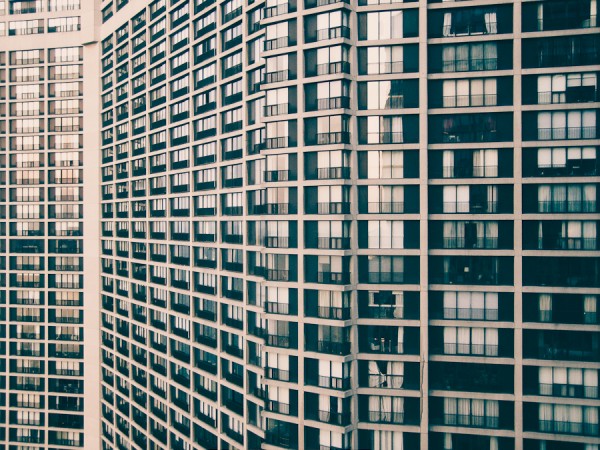 In what seemed like one in a series of tactical policy announcements meant to burnish their progressive bone fides, Kathleen Wynne’s Liberals last week anted up a housing reform that could allow municipalities to adopt “inclusionary zoning” (IZ) bylaws to stoke the supply of new affordable apartments.

For local housing advocates, IZ is a long sought-after fix: such bylaws, in effect, leverage the momentum of the development market to create a steady supply of new units by requiring all builders of multi-unit residential projects over a certain size to designate a specified proportion of those apartments as affordable.

The building industry lobby, of course, wasted little time cranking out a talking points memo, offering advice on how to criticize the proposed policy.

“Requiring free housing units as part of a new residential community is just a new way to have new neighbours cover the cost of affordable housing,” Paula Tenuta, a top lobbyist at the Building Industry and Land Development (BILD) Association, wrote in the “key messages” section of an email sent the morning of the announcement to members, and which was obtained by Spacing.  “The cost of their new home goes up to cover the cost of building these inclusionary zoning units.”

Such complaints aren’t especially surprising — it’s an argument the development industry has used many times before — but the swift reaction should serve as a reminder to affordable housing advocates that politics and backroom negotiations, both at the provincial and municipal levels, could easily doom what seems, at face value, to be a positive development on the housing file.

Consider first the provincial political calculus. The Liberals have a number of policy balls in the air at the moment that affect the development sector in non-trivial ways: the big review of the Places to Grow Act, a parallel rethink of the Greenbelt laws, and a nifty piece of legislation that forces high-rise condo developers to come clean, so to speak, on the actual energy efficiency of their glass towers, and which has attracted push-back from the homebuilders. Besides that, BILD, the aforementioned building lobby, last fall appealed to the OMB the City’s plan to earmark some of its development charge revenue for the Scarborough subway.

All of which means the desperate search by the various counter-parties for bargaining chips and points of leverage is on, and none of us should be fooled into assuming that the fact of a provincial announcement means it shall be so.

After all, as far back as May 2005, the Liberal government, when it embarked on negotiating the new City of Toronto Act (COTA), dangled IZ as one of several policy areas that would be embedded in a law meant to empower council. For the following several months, the city saw a somewhat feverish discussion about how the law could help Toronto finally reverse a steadily worsening affordable housing deficit.

IZ, of course, didn’t end up in the final version of COTA. The proposal, in fact, was a victim of the sort of horse-trading that will be going on this spring as the Liberals try to work through these negotiations without creating too many enemies.

Let’s say the province does actually pass the legislation. The policy ball at that point bounces into the municipal sector’s court. Mississauga council has been actively pressing for inclusive zoning rules that would prevent the displacement of low-income families at the southern end of the proposed Hurontario LRT from being forced out as that corridor attracted developer interest and capital.

City of Toronto pols and housing advocates have been talking about IZ for years. In the past, and even early in his term, Mayor John Tory was lukewarm to the idea, although he appears to have moved towards greater acceptance, appearing with provincial officials when they made the announcement last week. As The Toronto Star reported, Tory’s summed up his position thusly: “The question is not whether we’re going to do something about this; the question is how.”

Indeed, much will depend on how the by-law is written, and whether the city’s bureaucrats, political leaders, and housing advocates will be able to muster the will to withstand BILD’s efforts to water down the legislation.

The key point, and one which is not especially well understood, is that IZ bylaws come in all shapes and sizes – there’s no single recipe. Some U.S. jurisdictions, such as Maryland’s Montgomery County, a suburban zone outside of Baltimore, have been very successful in using IZ to prime the affordable housing pump, sometimes in combination with other policy measures (density bonuses, tax relief, etc.), while other regions have allowed the developers to sneak in provisions and advocate for trade-offs that serve to undermine the overall goal.

Case in point: payment-in-lieu provisions, such that the IZ bylaw allows developers to opt to provide cash to develop social housing units instead of actually allocating the specified number of apartments in new buildings.

But as a 2015 U.S. study published in the Journal of Planning, Policy & Research warns, in-lieu payment policies “limit the potential for social integration” because new affordable units aren’t co-located or mixed in with market-priced apartments in buildings with desirable or convenient addresses. (Municipalities through such IZ bylaws can amass funds to develop affordable units, but, as other recent research shows, they tend to be clustered, thus negating one of the big goals of the policy, which is to whittle away at concentrated poverty.)

We’ve seen the in-lieu story before, by the way: as Spacing showed last year in its investigation into the use of the parkland reserve funds, developers talked the city into allowing builders to contribute cash instead of land — a massive problem in those parts of the city where open space is scarce and increasingly in demand.

It’s worth thinking through the implications: developers go after the best locations, and increasingly those locations are also addresses that are or will be well served by rapid transit.

We have, in this city, a broad conversation about the importance of transit equity, and making sure that new transit lines reach lower-income areas, so those residents are better connected to the city’s job market and amenities.

But if planning officials or the local councillor have the discretion to allow builders to buy their way out of the inclusionary zoning thresholds on any given project, as has happened in other jurisdictions when such trade-offs were baked into the IZ by-laws, it’s possible to imagine that we’ll seen many new developments going up along those proposed rapid transit corridors, but few that actually contain affordable units. The City will be collecting in-lieu payments to invest in new affordable housing complexes, but they won’t necessarily be close to those corridors. And their residents won’t be living in mixed-income environments.

New York University urban informatics expert Constantine Kontokosta, in fact, has published two recent evaluations (here and here) on the long-term impact of IZ bylaws in various jurisdictions. His conclusion: that the results can vary widely, from creating better income mixes and more housing to exacerbating the twinned crises of racial segregation and concentrated poverty.

What’s the learning here? The devil, as always, is in the details. In this case, affordable housing advocates, both in civil society and on council, will have to be exceptionally vigilant when tracking the negotiations and horse-trading over the IZ bylaw. The fine print and the associated bureaucratic processes, which only BILD’s lawyers will really understand, have the potential to create a progressive policy, or one that subtly disadvantages the very families such programs were meant to serve.

Think about it: after years of lobbying, we end up with an exclusionary inclusionary zoning bylaw. Now, wouldn’t that be ironic?