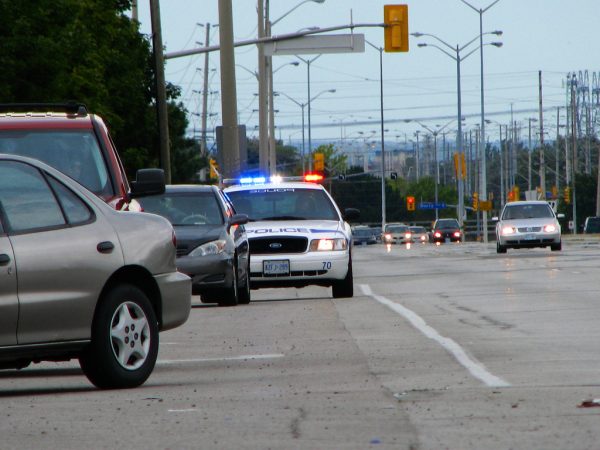 Last week, the Toronto Police Service (TPS) and the Toronto Police Services Board (TPSB) jointly released an interim report from the Transformational Task Force – a group made of up citizens and Service members (although it’s worth noting that only one-third are non-Service members or Police Board members). The glossy 47-page document contains a carefully worded plan to modernize the Service.

The 24 recommendations touch on different aspects of policing, including a so-called community-centered service delivery model. While much of the language was indeed progressive for TPS (“social inequity” and “systemic racism”), the most welcome detail for many was the recommendation to disband the Toronto Anti-Violence Intervention Strategy (TAVIS). But lest we forget, this past fall the Ontario government announced it would cut the TAVIS budget by almost half, effective January 2016, with the ultimate aim of ending the program altogether. TAVIS was basically already out the door.

In response to a rise in gun violence in 2005, TPS and the provincial government set up TAVIS to reduce crime and improve safety by injecting high-visibility rapid response officers in particular communities. The Report identifies one of the failures of TAVIS as the lack of emphasis on “sustainable community-based strategies to build safe neighbourhoods.” Another fundamental problem was that it failed to focus on addressing the root causes of crime, including poverty, unemployment, poor housing and mental health issues. Instead, TAVIS resulted in over-surveillance and high-rates of carding of mostly young, African-Canadian men.

But what will, in fact, take its place? If the task force is recommending TAVIS be disbanded, high-police presence and over-surveillance cannot just be resurrected under another name. The task force has recommended that the existing Service members under TAVIS be “redeployed” to other TPS priorities. In other words, former TAVIS officers should not – without comprehensive vetting and training – be discretely re-branded as “Community Specialists” under the new model. Perhaps I’m being too cynical, but the TPS’s track record over the last decade, and the unwillingness of its leaders to acknowledge and tackle systemic discrimination and anti-black racism, demands an explicit commitment that the TPS will halt this corrosive form of over-policing once and for all.

In particular, we need to focus closely on the quality of police-citizen interactions, especially with the introduction of these proposed community specialists. What will that designation actually entail? How are these officers going to be different than TAVIS members? If they’re going to deliver a different form of policing, then democratic ideals of fairness, transparency and accountability must be reflected in their conduct – whether or not those new officers are from the neighbourhoods involved. Not only should residents be able to see these new officers and learn their names online and on the street; they should also be able to expect real sanctions for police violations that may occur in the name of “community safety.”

Other questions arise: Will community members and residents, beyond the members of the task force, genuinely be a part of creating a more community-centered model for policing in this city? I hope so. But at which point will ordinary people have a say? The Report indicates an openness to feedback from the public through consultation meetings across the city this summer and into the fall, as well as a mechanism for online feedback. But why, as with the carding consultations, is the public always consulted after-the-fact — after the TPS has identified its priorities and its vision?

The onus is on TPS to ensure a multitude of voices have a seat at the table from the outset so they get it right the first time. And while seeking feedback is of course a positive step, what mechanisms will exist to guarantee that the public engagement is honoured and implemented? And how do we ensure consultations are held past the implementation stage and form an ongoing strategic foundation for reforming the relationship between the TPS and the communities it is meant to serve?

Also absent from the Interim Report is any comment on the School Resource Officers (SRO) program – a partnership between the Toronto District School Board, the Toronto Catholic District School Board, and the TPS that assigns police officers to particular Toronto high schools. Having started in 2008, just after TAVIS was launched, the program has been criticized for ignoring the discomfort many young people experience with police presence not only in their neighbourhoods, but also in their place of learning.

For many, the SRO program has only served to widen the trust gap between the TPS and young people, particularly those who are racialized and from low-income circumstances. If the Report and its proposed changes have community-centered ideas, visions and goals, one would think it would be important to include an assessment of the SRO program, especially given the task force’s acknowledgement of the real problems with TAVIS. Let’s not forget that when human rights lawyer Julian Falconer released his 2008 report on school safety in the wake of the murder of 15-year-old Jordan Manners inside C.W. Jefferys Collegiate, not one of his suggested recommendations included placing police officers inside Toronto high schools.

Overall, I am looking forward to reading the final report to see what the actual plan will be for disbanding TAVIS and what will go in its place. A new service delivery model that recognizes the recent and ongoing racist and discriminatory police practices, created in part by TAVIS, is a step forward.

However, I’m wary of whether the new service delivery model will be a true shift away from TAVIS and the TPS’ over-policing practices, especially if in its implementation the focus is on transactional encounters, rather than repairing the trust deficit between citizens and the police. The changes must confront public perceptions about police behaviour and legitimacy from those subject to over-policing. Ongoing presence of officers under the guise of “community policing” might look a lot like TAVIS. So until we see a cultural shift in the TPS, to share power and encourage buy-in from the communities they serve, we shouldn’t be placated into believing that TAVIS is gone for good.

Nana Yanful is a Toronto criminal defence lawyer, racial justice advocate and a contributor to Subdivided: City-building in an Era of Hyper-diversity. Follow her on Twitter at @nanayanful