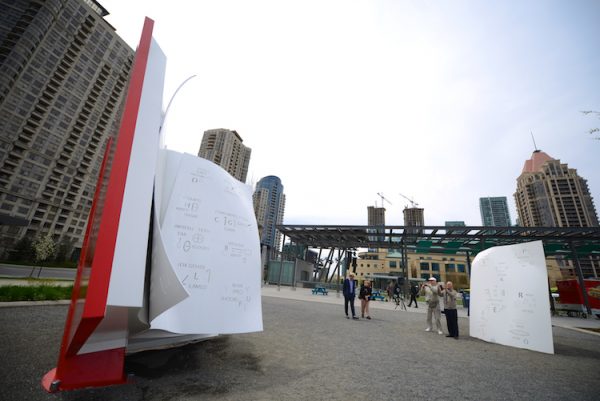 Much has been written about public art policies as a useful tool for developing and promoting artistic excellence. The question remains, however, are formal policies really the cornerstone of a successful public art program? Or, to phrase it even more simply than that, what makes a public art program successful? Art administrators around the world are regularly confronted with this question. Before attempting at an answer, it might be useful to look at one particular municipality as a case study, if you will. 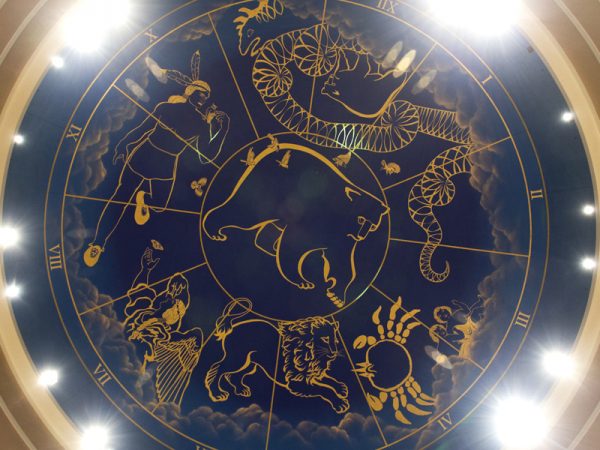 Let us focus on an emergent edge-city just west of Toronto and thereby tell the story of Mississauga, at least the chapter that relates to the arts. Over the last forty-two years since incorporation, Mississauga has evolved into an urban city focused on embracing the future and celebrating its new-found cultural landscape. This was not always the case. Early on Mississauga took on a reputation for being a nondescript bedroom suburb which welcomed prospective home owners and developers with open arms for a fraction of what neighbouring municipalities were willing to incentivize. Investors were strategically enticed with greenfield development and a myriad of planning tools tailored to the suburban model. For instance, to this day there are no height restrictions in certain parts of the city. The strategy worked and Mississauga is now home to more than sixty Fortune 500 companies and has quickly become Canada’s sixth largest city – a fact so commonly referenced that it has practically become the municipality’s unofficial mantra! As impressive as this all is, the lack of Section 37 provisions (Bonus Zoning), in the downtown core in particular, has led to some missed opportunities as far as community benefits are concerned. Although the strategy worked and developers came by the masses, they were not mandated to provide benefits such as public art for the community to enjoy. Planners and politicians began to clue into this fact pretty early on and realized that something had to be done. Enter Mississauga 2.0. 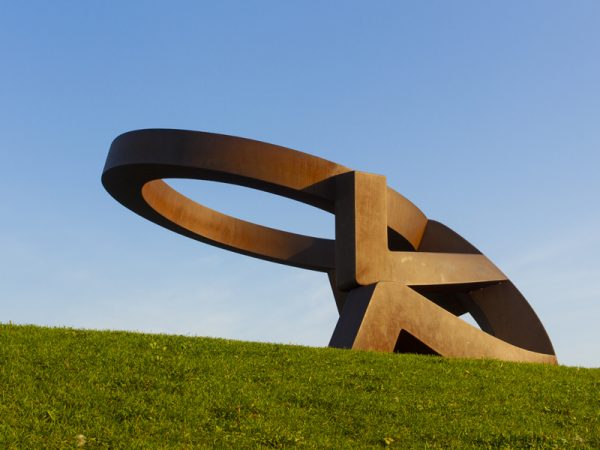 In 2005 an official Arts Review Taskforce was formed and reported to City Council that the arts scene in Mississauga was under-funded and fragmented. This was partially due to the fact that there was no unifying administrative body under which efforts and funding could be coordinated in order to stimulate the arts sector. The taskforce also honed in on the importance of public art to develop a unique identity for the young city as it entered a period of urban expansion and second generation growth. City Council took this advice to heart and a comprehensive administrative unit was formed. This unit, now called the Culture Division, swiftly embraced their new role and generated a number of foundational documents that paved the way for a new cultural landscape to take shape. Most relevant to the development of public art was the Culture Master Plan (2009) and the Framework for a Public Art Program (2010). With fresh new strategic documents in hand, City Council formally approved Mississauga’s inaugural Public Art Program in 2010. The formation of this program also gave rise to the introduction of a percent for public art guideline at a recommended rate of 0.5% of applicable developments’ gross construction costs. Although this was a turning point, staff quickly identified it was not enough to sustain the newly established program due to the lack of Section 37 provisions in the most populated areas of the city. As the appetite for public art continued to grow, City Council agreed to a dedicated annual investment as part of the municipal budget in order to continue to develop the program and to be able to leverage funds with private partners and other branches of government. 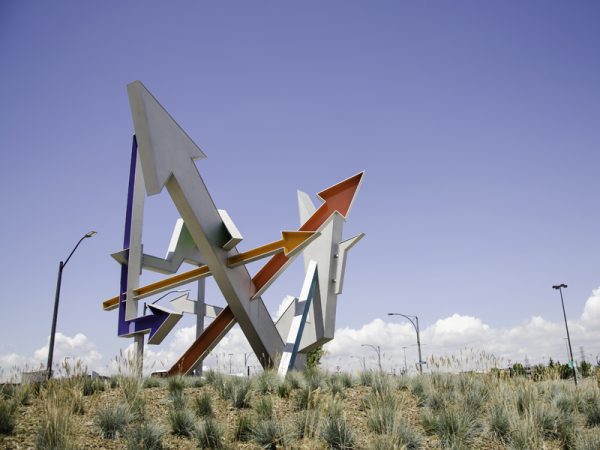 Since then, Mississauga’s Public Art Program has grown at a steady pace, leading to the acquisition of over twenty works of permanent public art on public land; a robust temporary public art program; as well as a more detailed policy on collecting. The one missing link to this whole story was a strong curatorial vision. It is one thing to have a set of policies and procedural documents that provide sound direction, but another to have a clearly articulated vision that speaks to establishing a unique artistic identity for a city. It is with this notion in mind that the Public Art Master Plan, was endorsed by City Council in May 2016. The master plan represents Mississauga’s voice, all the while celebrating the larger arts community and advocates for principles of good design and smart urban planning. Stakeholder feedback and priorities set out in various planning documents led to the identification of five priority zones for future public art projects throughout Mississauga: Existing Infrastructure Projects, Heritage Sites, Pedestrian Zones within Intensification Areas, the Waterfront and Major Transit Hubs and Corridors. Furthermore, through its curatorial placemaking approach the master plan also communicates that Mississauga’s Public Art Program will promote and collaborate on opportunities with artists and arts organizations that push new and innovative boundaries. The Public Art Program will be a platform for showcasing artistic talent that sparks meaningful conversation and not always through delight and awe. Gone are the days of stoic bronze busts and predictability. Artists will be encouraged to take risks and create thought-provoking, whimsical artwork that considers the heart and soul of the community, its people and their stories.

Mississauga is no longer the bedroom suburb next door to ‘The 6ix’. ‘Sauga’ is open to new experiences, chartering unfamiliar territory and writing its own story. The formative years have helped shape the municipality into one which embraces change and does not accept status quo as a measure for success. 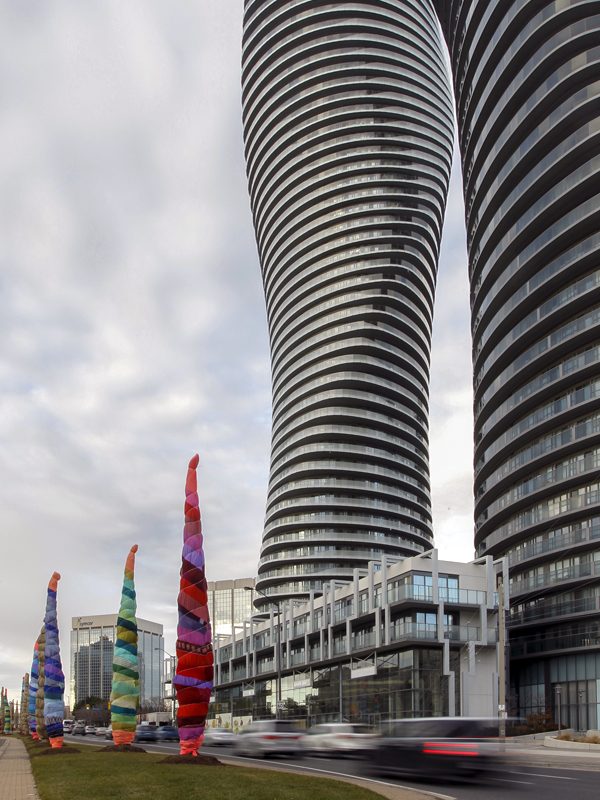 Policies are important but the true measure of success in public art is almost as subjective as art itself. The most important factor is to set a good foundation that will ultimately set the stage for experiencing the limitless intrinsic benefits of art. This could easily spiral into a whole other article, so, perhaps the most fitting way to end this post is to reference the Situations New Rules for Public Art which state: “Towns and cities across the world are locked into a one-size-fits-all style of public art. In a culture of globalised brands and clone towns, we hanker after authentic, distinctive places. If we are place-making, then let’s make unusual places!”

Yvonne Monestier is the Public Art Coordinator, City of Mississauga. She received her undergraduate degree from the University of Toronto, Victoria College and holds a master’s degree in art business from the Sotheby’s Institute of Art, New York. As a passionate arts practitioner, her expertise is in curatorial studies, cultural planning, project management, urban design, and stakeholder engagement. Yvonne seeks to enhance Mississauga’s profile as a growing cultural destination in the celebration of the arts.