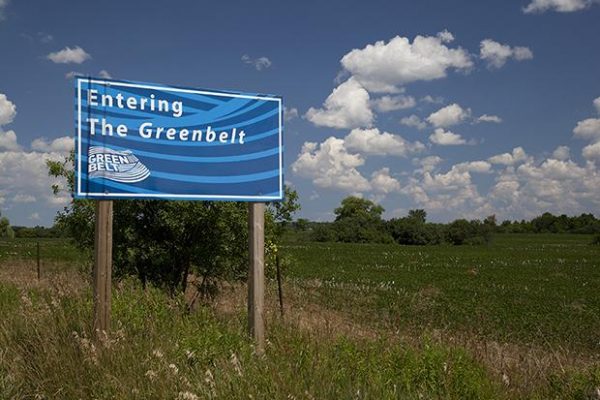 At this stage of the game, it would be foolish to depict Raymond Cho’s by-election victory for the Tories last week as a harbinger of anything in particular. Cho went into the race with enormous name recognition. As has happened in many such races, he was able to leverage the sort of mid-term obstreperousness that by-elections crystallize, even if they don’t necessarily lead to general election victories.

The weird little communications fiasco over the Tories’ sex education policy could be seen as evidence that the Tory brain trust is muddled-headed or two-faced. Or it could be interpreted as a sign that Cho and Patrick Brown had enough sang froid to survive an 11th-hour screw-up. Even Doug Ford’s role (as campaign manager) is a bit ambiguous, and hardly a sure sign that the former councilor for Ward 2 is plotting some kind of electoral come-back.

With all those caveats, however, the brainiacs in charge of the Liberals’ 13-year-long hegemony surely understand that Cho’s win — the first Tory seat in the 416 in a long time — was a crisp shot across their bow. And the rest of us would be wise to begin contemplating what regime change may look like, from a policy perspective as well as a political one. (Correction: Former Toronto councillor Doug Holyday won a seat for the Tories in Etobicoke in 2013.)

My guess is that two of the Liberals’ landmark policy accomplishments – Metrolinx and the Greenbelt/Places to Grow land-use planning regimes for the GTHA – will both become the subject of extensive overhauls at the hands of a Tory government. Both date back to the Dalton McGuinty’s first term in office. Both are well-intentioned but flawed in non-trivial ways. And neither has endured regime change, which, to my mind, is the acid test of sustainable public policy.

Ten years since its creation, Metrolinx remains deeply connected to the Liberal regime, especially at the board level. While the agency has done much good and important work, its governance is hardly independent, and its plans are constantly subject to political interference from the cabinet. Important policy recommendations, e.g., on revenue tools, have been summarily quashed, and the relationship between Metrolinx and the TTC remains opaque and competitive.

I wouldn’t be surprised in the least to see a new Tory government push substantive changes, in terms of governance structure, resource allocation, and the choice of transit technologies, especially if it wants to regain the 905.

But I’d say the Greenbelt/Places to Grow acts provide the most obvious source of political manna for the Tories. When the Liberals enacted these laws, they were widely praised internationally, and showed how the combination of land use planning, infrastructure investment and environmental protection could contain sprawl and mitigate the destruction of valuable natural and agricultural ecosystems.

While critics said the Greenbelt boundaries were too loose to substantively slow the outward march of low-density subdivisions, there’s little doubt that the twinned laws — and the regulatory constraints they placed on municipal land use planning within the GTHA — have played an enormous role in the unprecedented high rise development boom that dramatically re-shaped the core and some other higher density nodes around the GTA. But it’s clear these policies have also contributed to the skyrocketing residential real estate prices, rendering the purchase of a single family house or town house all but impossible for many people who, in another era, would have been able to afford such an investment.

Similarly, the proliferation of gigantic and grindingly impersonal high-rises with tiny apartments clearly doesn’t constitute an effective and sustainable alternative to the single-family home. Yes, these buildings in the short term are very efficient from a land use perspective. But everyone understands that many are little more than short-term investment vehicles targeting first-time buyers looking to generate equity and then get out.

What the Liberals don’t really seem to understand is how this monochromatic form of development, plus demographic shifts, could combine to create either a genuinely problematic exodus from the region or a ripe political opportunity for Patrick Brown.

Within a few years, the millennial generation will begin producing children in large numbers, and that looming baby boom will necessarily leave its mark on the city-region, as was the case with the original baby boomers (the post-war suburban exodus) and Generation X (the post-1990s gentrifiers).

There’s absolutely no dispute that unchecked sprawl is the wrong way to build cities: this kind of development creates all sorts of negative side effects for the environment, public finances, regional productivity and personal well-being.

That said, when land use policies and the brutal economics of the property market conspire to effectively force young families and those working in middle-income jobs to leave the region in search of affordable homes, that’s also a grave problem with all sorts of corrosive consequences.

Ryerson’s City Building Institute and the Ontario Home Builders’ Association this week released a report looking at how to intensify along all the new suburban transit lines that Metrolinx is planning for the region. As the authors correctly note, there’s been a conspicuous dearth of mid-range housing – mid-rise, stacked townhouses and townhouses – in the region’s development offerings. (Many existing GO and subway stations also serve communities with not nearly enough density to justify higher-order transit, the report notes.) Such housing, particularly when situated near transit and services, represents a potential solution to the dilemma facing both families with children and older people interested in living near amenities.

As Metrolinx’s own planners have been advocating for several years, Ryerson’s report urges the province and local municipalities to develop more targeted and mindful strategies for promoting this form of development near GO stations and along suburban arterials targeted for LRTs or other rapid transit service.

These are great ideas, but planners in Toronto (and, to a lesser extent, the region) have for years been promoting this form of development (i.e., streetcar suburbs, redux), with at best middling results.

Which brings me back to the political opportunity: If I’m thinking about how to beat the Liberals in the GTA, I might be inclined to promise land use planning changes — namely, the dismantling or watering down the Greenbelt Act — that will revive the development of relatively inexpensive single family tract housing. Bad policy, but good politics.

All those family-minded 30-somethings, and the tens of thousands of newcomers arriving to Toronto, represent the region’s future, and they collectively face a horrendous and unrelenting housing affordability crisis that extends from one end of the GTHA to the other.

Anyone who aspires to govern Ontario must confront this issue. The Liberals, in my view, haven’t really woken up to the political implications of an out-of-control real estate market where re-sale prices are jumping by 16% annually. For their opponents, the opportunity is there for the taking. And I’m guessing Brown & Co. are planning to do just that.