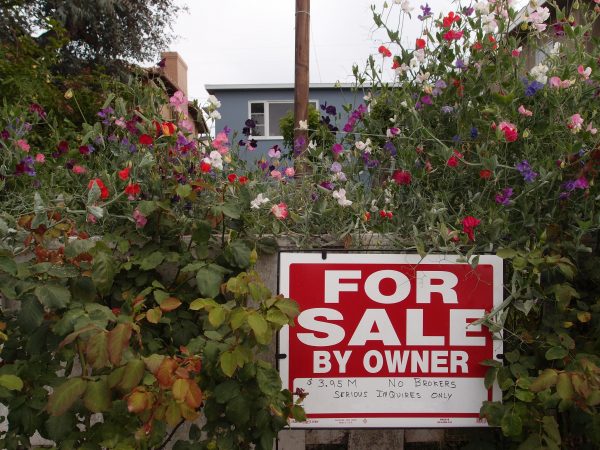 As has been widely reported, the showpiece of Kathleen Wynne’s Monday Throne Speech is a pledge to reduce runaway hydro bills by 8%, courtesy of a cut to the provincial portion of the HST. The cost? According to the premier, $1 billion, although she seemed somewhat mumbly about the source of those dollars, which will now become a permanent feature of the province’s cost structure.

Let me venture an answer in the form of a question: is it because they have a tendency to treat voters like we’re idiots?

After all, is this cut anything more than an accounting sleight of hand that effectively moves a highly visible (re: politically painful) cost to a less conspicuous, but no less mathematically impactful, place on Ontario’s overall balance sheet?

Either the government’s going to cut services to find the funds, or finance minister Charles Sousa will wave his magic wand and transform that additional expense into more provincial debt, which, if you’re keeping track, currently adds up to $313.4 billion, representing almost 40% of Ontario’s gross domestic product, an unprecedented ratio. (The Liberals, for the record, say that growth will provide new revenue to cover the outlay, but that optimism may be tempered by sluggishness in the economy and exports in particular.)

So don’t be taken in: you (or your children) will pay one way or the other.

Allow me to offer a second answer to Paikin’s excellent question: maybe they’re not more likeable because they have refused to offer a serious solution to one of the most pressing economic issues facing many Ontarians, which is housing affordability. And no, an 8% hydro bill cut doesn’t even dent that problem.

Case in point: affordable housing didn’t warrant a single mention in Monday’s throne speech, which is astonishing for a government that presents itself as progressive-minded.

The reality is that this issue scarcely registers on the Liberals’ radar. Evidence? In 2014, when Wynne delivered her first Throne Speech, she pledged a continuation of the Investment in Affordable Housing Program (IAHP), a cost-shared venture with the feds. The amount to be spent: $800 million between 2015 and 2020 (the feds anted up another $400 million). In other words, $200 million annually, or a fifth of this latest shell game measure with hydro bills.

Which one gets the most bang for the buck? The politics of hydro bills are well known, and the premier has her eye on 2018. But according to the province’s own evaluation of the program’s results from 2011 to 2015, the IAHP moved over 15,000 households out of housing need, provided housing vouchers for others, and financed the creation or protection of thousands of rental or assisted units.

It was clearly a successful endeavour, and one that provides dividends: when families or individuals aren’t sinking most of their monthly income into rent, they spend and save more.

Indeed, if the Wynne government had chosen to use that $1 billion needed to finance the hydro cut to expand IAHP, it would have doubled down on these gains in the living standards of tens of thousands of lower-income Ontarians.

One offers an illusory fix while the other leverages public investment for both social and economic ends. An investment in this government’s political future, versus an investment in the future social well-being of tens of thousands of Ontarians.

The comparison points to another question that’s been rattling around my brain in recent months, which is this: given the craziness of the residential real estate market, the dearth of affordable (and decent) private rental, and the chronic shortages and financial problems associated with municipally-operated affordable housing programs, maybe we need to begin thinking seriously about significantly expanding the province’s presence in the housing space. And I’m not talking about tinkering with the Provincial Planning Statement.

At present, the provincial role in the provision of housing is primarily regulatory. But the trends in the real estate market, fueled as they are by macro-economic and market factors, reveal, to my mind, the very real limits on the government’s ability to affect outcomes using only legislation and planning tools that can be gamed by clever developers.

This topic will be the subject of an Urban Land Institute Toronto panel discussion tomorrow night at the Toronto Reference Library, where four experts will tackle an excellent and pressing question related to housing affordability in the Greenbelt: Can provincial urban growth plan policies help or hinder home ownership in the Greater Golden Horseshoe?

Regulation is clearly the easier and less expensive solution, but the government’s reluctance to raise taxes and wield its fiscal heft comes with its own long-term cost. As more families and young people become ridiculously over-leveraged simply in order to finance something as fundamental as housing, they have little choice but to curtail their spending on many other goods and services that are crucial to the economy’s health – from consumer products to retirement savings and post-secondary education expenses.

The upshot: we have university graduates entering a dodgy job market carrying crushing debt loads and then facing the prospect of ruinously expensive rents. Then we hope they’ll somehow — defying the laws of economics — scrap together a down-payment on an over-priced shoe-box condo, praying all the way that they can get in and get out before the market bubble bursts.

In short, with each passing year, it becomes increasingly clear to me that our market-based approach to housing affordability — which is delivered, in theory, through regulation, legislation, and a very modest amount of spending — is failing miserably.

Does it need to be this way? From the post-World War II era until the 1970s, governments in this country were very active in the housing space. Their counterparts in other affluent countries, especially northern Europe, continue to use fiscal tools to counter-balance the failures in the private housing market.

Canadians, however, began to abandon that approach in the late 1980s and the public sector’s retreat from housing accelerated dramatically after the mid-1990s. The Wynne Liberals, of course, don’t have the courage to initiate an honest conversation about this problem, preferring instead to distract us with shiny objects.

Yet as the social symptoms of the crisis of housing affordability grow ever more apparent, the Liberals’ disinclination to confront a generational issue reveals a troubling absence of forward thinking. Eventually, it will come back to bite them.