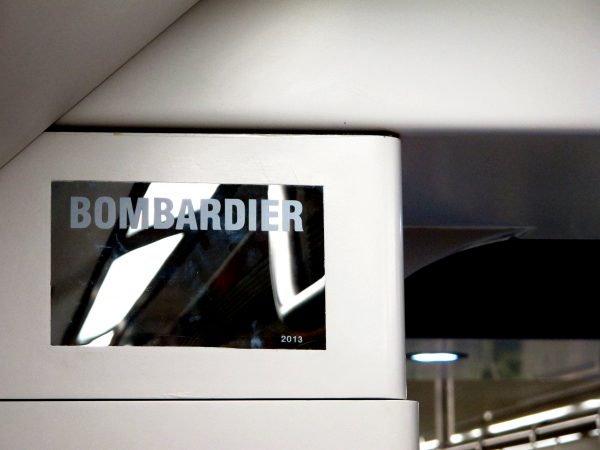 To all the tornado chasers who spot the twisters whipping destructively across Toronto’s forlorn transit geography, add this storm system to your list of dark clouds.

On the weekend, media reports from Sweden surfaced an untidy bit of news about a Russian employee of a Bombardier subsidiary. The man was arrested on allegations that he and the company had greased palms to ensure that a transportation contract worth “hundreds of millions” and backed by the World Bank would end up with the Montreal-based transportation giant.

As the CBC reported,

A Bombardier Transportation employee in Sweden has been arrested and others questioned by police in connection with contracts for a railway modernization project in Azerbaijan. Swedish prosecutor Thomas Forsberg said the employee who was arrested is a Russian national who works for Bombardier Transportation in Sweden. According to Forsberg, the investigation is based on allegations that bribes were given to Azerbaijan officials “in order to adapt a contract” to fit Bombardier. The Russian employee is considered a flight risk and will remain in custody, Forsberg said.

These actions come only a few months after an extensive Globe and Mail investigation surfaced evidence of close and friendly ties between Bombardier and a senior Russian state rail official who happens to be an associate of Russian president Vladimir Putin. As the Globe reported,

During [Vladimir Yakunin] decade-long tenure at the head of the state railway monopoly – an entity that moves almost a billion passengers a year, and which took in revenue of $31-billion in 2015 – Mr. Yakunin’s name became synonymous not only with the Kremlin inner circle, but with allegations of high-level corruption in Mr. Putin’s Russia.

He resigned as head of Russian Railways in 2015, several months after a series of media reports alleged Mr. Yakunin had funnelled contracts worth billions of dollars to his close business associates, using shell companies to disguise the ultimate beneficiaries.

A months-long investigation by The Globe and Mail – prompted by a single mention in the Panama Papers leaks – found 100 transactions between Bombardier and Russian Railways that appear to follow a similar, peculiar pattern.

None of this matters materially to our endlessly troubled jewel in Canada’s manufacturing crown – yet. But Ontario officials have taken note, even if Prime Minister Justin Trudeau mouthed what was surely an overly hasty defense of Ottawa’s latest massive loan/bailout to Bombardier ($327 million). “At this point I can’t predict that it will have any impact,” Trudeau told The Toronto Star. “I think that it’s very clear that this was an entirely separate issue.”

Really? As the company, and Mr. Sunny Ways, should know, such ethical transgressions, if proven, should put Bombardier on a crash course with Canada’s anti-foreign corruption laws, and the procurement policies of a whole set of institutions, including the Government of Canada.

Canada is a signatory to, or a participant in, a range of international anti-corruption treaties, including the United Nations Convention on Corruption (2005), the Organization for Ecnonomic Cooperation and Development Anti-Bribery Convention (1999), and the World Bank’s anti-corruption policies, which are enforced through riders on its grants to international projects.

We also have our own kinda-sorta enforced law, the Corruption of Foreign Public Officials Act, which we passed in the late 1990s, but did little to enforce until 2011, when the Europeans began to complain about our suck-and-blow self-righteousness. The RCMP and Canadian courts have since prosecuted a few cases, one of which led to a jail term for a man accused of trying to bribe Indian officials to buy a technology produced by an Ottawa firm.

For the purposes of this column, the potential depth charge – and the associated political migraine – has to do with Ottawa’s procurement policies, which clearly state that firms that have been off-side on international bribery rules will be deemed ineligible to bid on federal projects. I may quote from the aforementioned policy:

“[A] supplier [who] has, in the past three years, been convicted of an offense in a jurisdiction other than Canada that, in [Public Works and Government Services Canada’s] opinion, is similar to any of the offenses identified in paragraphs 6(a) to (c) [i.e., violations of domestic or international anti-bribery laws],” said supplier could be ineligible to bid for five to ten years.

As of 2014, The Globe and Mail reported that federal officials were looking at disqualifying several large multi-nationals from bidding on government projects, including Siemens AG, the German manufacturing giant that famously used on an extensive, centrally-managed bribery system, for which it has paid a record $1.3 billion in fines. According to PWGSC, the feds have not disqualified Siemens for all those transgressions, nor indeed SNC Lavalin, which is also embroiled in corruption charges, although Ottawa made the engineering giant sign an “administrative agreement” in 2015 for its sins.

Billions of dollars of federal funds are pouring into Metrolinx/Toronto Transit Commission capital projects, contributions that include substantial dollars for the purchase of Bombardier rolling stock (all the new subways and streetcars have signs dutifully indicating the tri-level provenance of the funding for said vehicles). Is that a federal procurement? I don’t think you’d need to be an especially talented lawyer to argue that international governmental transfers are not the same as federal tenders.

Still, one can ask the question: if Bombardier is, in fact, found to be guilty of the allegations about its foreign conduct, shouldn’t such convictions absolutely call into question the federal government’s politically-motivated patronage of this corporate basket case of a company? After all, it’s perfectly legitimate to say that tax dollars are, in effect, flowing through this company in the form of bribes to shady Russian middlemen in contravention of our own laws and a host of international treaties to which Canada is a signatory.

If the growing allegations against Bombardier come to fruition, such developments also present yet another argument for ending the deeply flawed relationship between the company and its two gigantic GTA customers, Metrolinx and the TTC. As above, these highly troubled procurement deals for LRVs, which are now before the courts (exhibits and affidavits here), can be seen as a way of supporting a company that allegedly has used its cash in ways that violate international norms and standards governing the conduct of multi-nationals.

Some of those dollars, in effect, move from Ontario and Toronto taxpayers and transit users and into the hands of shady operatives or rainmakers allegedly receiving payments to deliver new contracts for Bombardier. As the old saying goes, a dollar is a dollar is a dollar.

On top of everything else that’s gone sideways with the LRV deals, why would TTC and Metrolinx officials tolerate any of this from a corporate parent that’s proven how inept it is? Surely, if another supplier – Siemens, say! – had that kind of checkered history going into a tendering deal, it would find itself jettisoned during the early innings of the vetting process. Bombardier shouldn’t be any different.