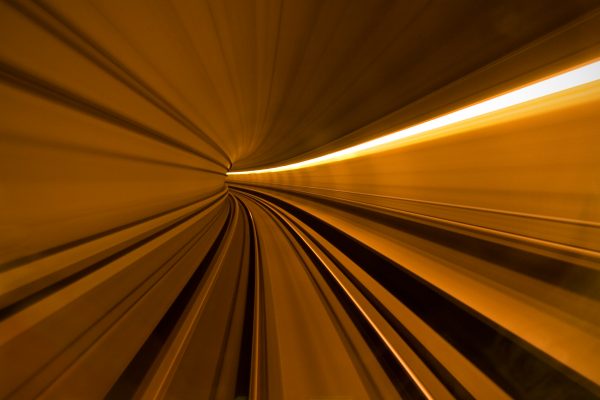 Say you’re listening, in your predatory way, to Mayor John Tory, the Scarborough councillors, and the Liberal shills in Kathleen Wynne’s cabinet as they collectively contort themselves into pretzels to justify what will become one of the most expensive burrow holes in the history of civic engineering.

Say you’re reading — in that peculiar way the former councillor for Ward 2 liked to read – the latest staff report that recommends, on top of everything else, the Superdome of municipal bus terminals, with enough bays to harbour the Princess Patricia Light Infantry in case their services are required for the next snow storm.

Say you’re turning all of these disparate factoids over in your brain. What do you get?

Easy. You get the top line of an election platform that could take out not only the mayor but, as a kind of signing bonus, a handful of the aforementioned Liberal shills (Exhibit A: Brad Duguid) who stand between Patrick Brown and a Tory redoubt in red Toronto.

This thought came, and not for the first time, as I listened to the vaguely surreal back-and-forth at the packed town hall last night at Scarborough Village Recreation Centre. There were lots of people, many from the southern Scarborough neighbourhoods Councillor Paul Ainslie represents, some loving his pro-LRT arguments and some cheering on Glenn De Baeremaeker, the Howdy Doody of subway advocates.

Everyone came armed with their Power Point files and meticulously curated facts from various staff reports and other expert analyses. But when you got past all the policy bafflegab, there was also a sense that everyone has missed a gigantic, shouty point with all this genuflection, which is this:

That the City’s flagrant inability to come up with a Scarborough subway plan that has even the faintest whiff of common sense plays directly into the hands of someone like Ford, should he still have an appetite for this kind of sport, which, based on some recent sightings, seems increasingly to be the case. (After all, we are living in the age of entitled loudmouths.)

Can’t you just hear the speech? “My [insert reverent adjective here] brother Rob, may God bless his soul, would never have let things get this out of control. He would have built subways for the people of Scarborough, and he’d be doing it without this kind of fiscal waste. John just doesn’t get it.”

And so off Dougie would go, with a barrage of claims that would achieve a kind of rare dualism – absurd in their contentions, and yet pointed in their criticism of a process that has been allowed to spin out of control because of the partisan venality of figures like De Baeremaeker, Duguid, Tory and Premier Kathleen Wynne.

Under a Ford administration, we will be assured, the private sector will build this subway not only for far less money, but with more stops. We won’t be waiting around, sucking our thumbs, debating this over and over again and watching the dollars go down the drain.

‘And you know what folks?’ he’ll intone. ‘I’m going to make sure we build subways elsewhere in Scarborough, not just to Scarborough Town Centre. Because this plan for LRTs on Eglinton and Morningside – they’re going to cause a traffic nightmare. It will be a disaster, like on St. Clair, just like Rob said.’

Turning his attention to the de facto Mayor of Scarborough, the Rt.-Hon Brad Duguid, Ford will be inspired to see in his chivalrous declaration of loyalty – “over my dead body,” as Duguid has said of the threat of cancellation – evidence of the kind of wastefulness that is the specialite du maison of Liberals. After all, no truly responsible public servant should ever pony up that kind of rhetorical blank cheque, especially when one is part of a cabinet schlepping around a $330 billion Visa bill.

Channeling Rob and resurrecting the gravy train leitmotif, Doug will tell voters that he’ll be the one who’s going to get tough with the bureaucrats at City Hall and up at the province in a way that hasn’t been done, should have been done, and will be done.

No more mission creep. No more of this year-over-year price escalation of $1 billion when all that’s happened is that a bunch of over-paid planners had to change the cartridges in their laser printers.

He’ll do what Robbie did, which is get subways approved and get tough on the trough swillers. He’ll build real subways – not super-long tunnels — that actually serve more people in more communities, will inspire the business community to invest billions, and make Toronto, ahem, great again.

The platform, for chrissakes, has already written itself. The two warring camps plod along, both sides transfixed by the brilliance/ingeniousness/earthiness of their respective arguments, and oblivious to the political chasm that is opening up beneath everyone’s feet.