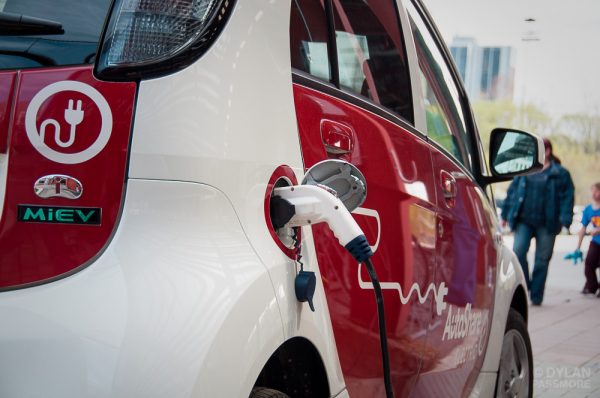 When U.S. president Donald Trump announced last week that he’d decided to abandon the historic Paris Accord, national and sub-national governments around the world didn’t miss the opportunity to heap scorn on his long-anticipated rejection of climate science.

Canada, which has the dubious distinction of being one of the world’s highest energy consumers per capita, jumped on the bandwagon, as did Mayor John Tory, who gamely stressed that the City of Toronto will press ahead with its proposed “TransformTO” climate plan regardless of what happens south of the border.

“We’re bringing TransformTO forward to city council in the next couple of weeks. It’s an extensive program to reduce greenhouse gas emissions as we said we would in Paris and we’re going to move forward with that,” he told CBC News.

But let’s apply some healthy skepticism to such conspicuous expressions of environmental piety in the face of comic book villainy. The real story isn’t quite so black-and-white.

The plan, vetted in April by the parks and environment committee, was deferred at the May council meeting but will be on the agenda for the July session.

As has been widely reported, the price tag for the TransformTO strategy, which aims to reduce emissions by 80% by 2050 (compared to 1990 levels) using a wide range of measures, is a big green question mark; council has only allocated a few hundred thousand dollars for initial studies, but the City staff report says the operating and capital funds required could range from $320 million to $866 million, depending on council’s enthusiasm, with more money flowing in the form of repayable loans to housing retrofits and so on. As an aside, I’d guess that City officials may be trying to negotiate a deal to get the Ontario government to  invest some of the projected $1.4-$1.8 billion in annual revenues from its newly launched cap-and-trade auction system into some of the greenhouse gas reduction programs envisioned in the plan.

Yet it would be wrong to conclude that the only problem with TransformTO is funding, or the lack thereof.

TransformTO itself is chock-a-block with some assumptions and goals that deserve more scrutiny and a bit of a reality check; after all, if council barrels ahead and green-lights an emissions plan built on unrealistic goals, Toronto will be not just be no further ahead, but could actually backslide.

Appropriately, TransformTO’s main targets are buildings and transportation, which together account for the lion’s share of emissions in most industrial or post-industrial places. The strategy pivots in part on ambitious gains for energy efficiency and low or no-carbon buildings (both private and municipally-owned), a dramatic increase in walking and cycling for short trips, and 100% waste diversion. According to veteran environmentalist and Parkdale-High Park councillor Gord Perks, many of these measures depend on the steady accrual of fairly modest but highly integrated moves – from retrofit incentives to more bike infrastructure, etc. – that generally fly below the political radar and succeed in pressing the sorts of buttons that lead to behaviour change.

But on transportation, TransformTO raises all sorts of questions and cries out for a second look.

According to the report, 30% of the anticipated reduction will be delivered in the form of a dramatic uptick in the use of electric vehicles (EVs). Yet curiously, transit expansion will scarcely register as a potential driver of the emission reductions required to get to 80%.

Start with the EVs. According to the breakdown of the reduction outlook, increased use of EVs will deliver the largest single chunk of the reduction target. So I think it’s reasonable to ask why the City is betting so heavily on a technology that has seen uneven gains, remains extremely costly outside China, and is the subject of a great deal of breathless hype. (Long-term projections for how the EV market will evolve are all over the map.)

The other detail, frequently overlooked, is that EVs only make the world better if they’re powered by low-emission electricity. Ontario’s current supply is coal-free but not carbon free, and it’s not clear where future sources of power will come from, given the unpopular surge in hydro rates the flowed from the province’s efforts to develop more renewable power.

What’s next? Will Ontario build more nuclear plants? Are we looking at more solar, small-scale hydro, wind, and biogas? And what does the supply mix look like if the electricity system is called on to deliver far more home and water heating, as well as fuel for cars? The tyrannical economics of energy plays a huge role in the take-up of these technologies, and significant EV adoption only occurs if the capital and operating costs of these cars are lower than conventionally powered ones.

It’s certainly true that plug-in EVs have seen more and faster market take-up than the first generation of hybrid electric vehicles. But Canadians have been very slow to get into this market, partly because of the sticker cost of these vehicles and also due to the dearth of fueling stations.

Thirty-five years is a long time, of course, and all sorts of things could theoretically happen to make EVs – combined with self-driving vehicles, ubiquitous car-sharing, unfettered domestic market access for cheap Chinese EVs, etc. – as dominant by mid-century as TransformTO proposes. But the 30% assumption strikes me as highly optimistic.

Now consider the transit component of TransformTO. The plan’s reduction targets depend on a significant expansion of the city’s rapid transit network – basically, Transit City, the Relief Line, waterfront LRT, RER, and express bus routes (see page 56 of this appendix), plus increased vehicle frequency and a peak period cordon charge (curiously, the list omits Smart Track). Yet, the report somehow concludes this “bundle of actions” will have a “small impact” on vehicle usage and scarcely dents modal split – a perverse message that runs counter to the policy rationale generated by the armies of city and provincial officials tasked with properly connecting land use and transportation planning.

The reason? According to TransformTO analysis, much of the new capital investment is going to lower density suburban areas, where there’s little potential for ridership growth. “Attitudes towards transit could evolve,” as the report warns obliquely, presumably a reference to the growing prognostication chatter about how self-driving vehicles will begin to replace transit as a primary transportation service.

The underlying assumptions here are just as broad as with the EVs, except in reverse. And they seem to downplay some key trends. Between 2011 and 2016, the City’s population grew 4.5%, much of it concentrated downtown. Inevitably, that population growth, which is expected to continue, will become more dispersed within the 416 (to areas with lower land costs), and there’s all sorts of evidence to show that new transit lines begin to attract development and population even before they’ve been started.

As for the TTC, it has recorded an average annual 2.3% ridership increase since 2003; if Toronto’s population and the TTC ridership continue to grow according to these historic patterns, the TTC will be looking at a billion rides per year by mid-century, up from 538 million now. That’s almost double, and those riders will be inevitably less concentrated in the core as growth spreads beyond the downtown.

Point is, TransformTO projects very little bump from a hefty build-out of the transit network (plus associated changes in urban development), which is worrisome because such under-selling essentially allows this and future councils to make (even more) poor transit planning choices or endlessly defer new construction without worrying about undermining the city’s climate goals. Yet at the same time, they’ve bet very heavily on the mass adoption of a niche consumer vehicle technology, the widespread adoption of which is linked directly to all sorts of factors that the city can’t control.

I’m at a loss to understand why council would embrace something that seems to be pulling in a direction opposite to all the official and community effort directed at reversing decades of under-investment in transit. If council is going to boast about this long-term climate strategy as evidence of its continued commitment to fighting greenhouse gases, maybe the pols should look more closely at what’s inside the box instead of relying only on TransformTO’s lovely green packaging.