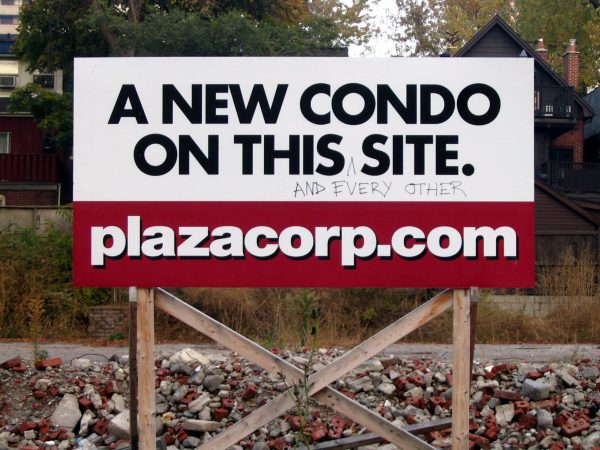 In May of this year, the Government of Ontario introduced legislation that would “overhaul” the province’s land use planning appeals system. The proposed bill would create sweeping and fundamental changes to Ontario’s land use planning system by limiting the ability to appeal a large number of previously appealable municipal planning decisions. The most publicly visible of these changes would be made to the feverishly criticized Ontario Municipal Board (“OMB”). It will be replaced by the Local Planning Appeals Tribunal (“LPAT”).

While some critics of the current system argue that it grants too much power to developers and removes power from municipal councils, its supporters fear the proposed changes go too far in hampering development in Ontario. The fear is that this may embolden those, sometimes affectionately referred to as NIMBYs (Not in My Backyard), who have an incentive to lobby municipal councils to maintain the status quo. Regardless of which side one might fall, the result is that municipal councils will become more important than ever in making planning decisions.

Here is a breakdown of a few of the proposed changes, and the new scheme’s potential effect on development, particularly in urban areas. Broadly speaking, these changes grant a greater degree of power to municipal councils when making planning decisions. The proposed changes do present some challenges to urbanists looking to develop urban areas and provide greater housing availability to the public. However, some changes, particularly those related to transit, provide opportunities to engage municipal councils in an effort to create density around transit stations.

The Elimination of De Novo Hearings

The new legislation would amend Ontario’s Planning Act to eliminate de novo hearings for the vast majority of land-use planning appeals. De novo hearings are where the OMB hears the matter for the first time, as if the municipal council or planning authorities had not heard it. The proposed LPAT will function largely as a pure appeal body. The LPAT will only be able to review decisions already considered by municipal councils and will only be empowered to overturn or reverse a decision of council if the decision does not conform to provincial or municipal policies.

While the change may seem technical, and my use of Latin ostentatious, the real world impact is, under the current scheme, if a developer appeals a municipal council’s decision to the OMB, the OMB will consider the appeal as if it were a hearing right from scratch. If the OMB determines that the municipal council did not make the best planning decision possible, it can overturn and “substitute” the decision for its own, one predicated on the principles of “good planning” — “good,” in this case, being determined by weighing various concerns such as environmental, or socioeconomic impact, and the arguments from both parties.

The new scheme would require the newly formed LPAT to exhibit a greater degree of deference to the decisions of municipal councils and their policies, regardless of whether those policies are based on good planning. While there is some nuance in the proposed changes, the reduction of de novo hearings promises to increase the power of municipal councils to make planning decisions by eliminating the possibility of having those decisions overturned by the OMB for being deemed inconsistent with good planning.

The fear of those opposed to the proposed change is not difficult to imagine when one considers the numerous development decisions the City of Toronto has rejected in recent years, only to have those decisions overturned by the OMB. Simply put, the fear is that what is, and what isn’t, considered good planning has the potential to become an increasingly political exercise. If an entire neighbourhood or ward is against new developments, and a councillor is beholden to those voters, who is left to fight for new housing? Conversely, those who support the proposed changes would point to those developments as having taken place in spite of the democratic will of the public.

These changes remove the ability to appeal any of these policy decisions at the newly formed LPAT. For example, if a group of citizens or ratepayers disagrees with changes involved in their municipality’s Official Plan, they have lost the ability to appeal those changes at the OMB. Again, the opportunity to appeal any of these changes based on the principles of “good planning” is lost. Those opposed to the proposed LPAT system argue that when these decisions are done by municipal councils the decisions will be made solely on political grounds, as opposed to planning.

However, not all of the proposed changes should trouble those who would like to see solid planning decisions made by municipalities. There is one change that suggests the Ontario government will take transit and density around transit stations seriously. The proposed legislation would empower municipalities to prevent any challenges to approved developments within 500 metres of significant transit stations. This puts the province’s policy goal of building density around transit front and centre and provides a tool to accomplish that policy. Whether municipalities choose to use this tool in the face of potential political opposition is another matter.

The lesson in all of this is clear: Urbanists who wish to develop urban areas and provide greater housing options to the public, now more than ever, must engage in a democratic discourse with municipal councils.

Jonathan Nehmetallah is a litigator at Gardiner Roberts LLP in Toronto, ON. His practice includes municipal and land use planning, intellectual property, and general corporate litigation.