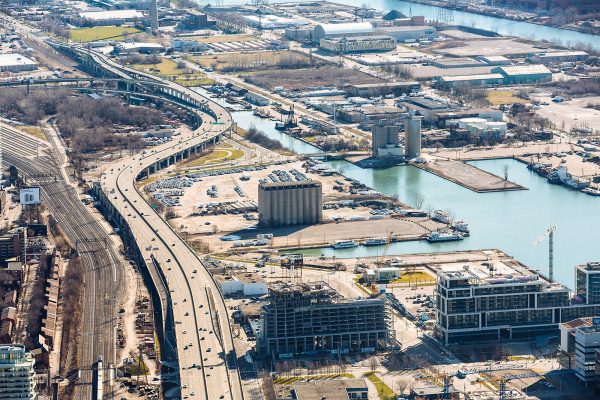 In May, when Waterfront Toronto (WT) issued the RFP for Quayside that culminated in last month’s agreement with Sidewalk Labs, the agency made no specific stipulations that the successful bidder would be expected to invest a minimum amount of money during the ensuing consultation phase.

The RFP did, however, say that WT was looking for an “innovation and funding partner” and noted that bidders should expect to “contribute appropriate financial resources” to two elements of their proposals: sustainability-oriented pilot projects on both Quayside and the portlands that “demonstrate innovative, emerging technologies”; and “transit solutions for the eastern waterfront including pilot projects that demonstrate innovative, emerging transit technologies.”

As has been widely reported, Sidewalk has pledged to spend US$50 million (about C$64 million) over the next year as part of the wooing process. WT’s CEO Will Fleissig has stated publicly that this investment will be independent of the agency’s evaluation of the ultimate proposal that emerges from all the public consultations and behind-the-scenes machinations that will transpire.

So why US$50 million (C$64 million), and what will it be spent on? The Sidewalk pitch, or at least the portion released to the public, doesn’t include any kind of pro forma budget, specificity, or business model (even though the RFP required the latter).

It’s just a nice round sum, and certainly not chump change. This pot-sweetener is almost exactly equal to what WT has budgeted to spend on corporate expenses and direct project costs for 2016/2017. The amount is also a little more than half of what the City of Toronto has allocated for waterfront revitalization capital outlays for the entire period between 2016-2025. So, a lot.

The way this money will be spent demands maximum transparency, public engagement, and scrutiny. Despite WT’s insistence that the arrangement with Sidewalk is not a done deal, a US$50 million down-payment, plus a pledge to locate Google Canada’s head office on Quayside, is a mightily appealing loss leader. WT’s primary role – although you’d never know it to listen to Fleissig’s chipper talk about co-creation and partnerships — is to vigorously protect the public interest, which means ensuring that Sidewalk Labs isn’t also using those dollars to make friends and co-opt potential critics.

From where I sit, WT and its stakeholders need to focus on three key areas:

Everyone’s all giddy about tech and innovation these days, but none of us should forget that much of what’s being proposed for this space is highly experimental and may not, in the long run, become the best solution. Pilot projects are all fine and well, but WT, in the public interest, has to make sure that it’s not locking in to a half-developed technological solution advanced by one particular company at one particular moment in time.

This imperative is especially true for the transit technologies alluded to in the RFP. It’s by no means clear precisely what Sidewalk and WT have in mind, although it seems pretty obvious to me that the plan is to prototype some kind of novel on-demand mini-bus or shared vehicle service for Queen’s Quay East, eventually with some kind of self-driving features. Sidewalk isn’t a disinterested entity in all this. Its parent, Alphabet/Google, is investing heavily in self-driving vehicles, the ride-sharing service Lyft and the mapping technologies that are expected to be crucial to all AV navigation systems.

In other words, Sidewalk has a vested interest in advancing a particular set of technologies, which is fine. But in order to protect the public interest in a robust way, WT has to create a level playing field even within the context of this negotiating period with Sidewalk/Alphabet. That means it has to bend over backwards to ensure that other companies and technologies will have access to this opportunity, not just Google.

As mentioned above, that US$50 million is a significant sum compared to other planned outlays for the waterfront. While Sidewalk may have its own ideas for how it intends to spend those dollars, WT — again, as the protector of the public interest — needs to assure Torontonians that those investments complement previously approved plans for the waterfront, all of which have been subjected to rigorous consultation and technical scrutiny.

This isn’t to say that WT shouldn’t shift course and reconsider previous ideas; the city, after all, isn’t static. Yet the fact that this company has walked in with a bag of money certainly doesn’t give it license to elbow aside other ongoing policy and planning priorities that pre-date its arrival.

That’s why the one-year time-frame should give everyone pause for concern. Anybody involved in government, development, or infrastructure will immediately understand the challenges associated with investing so much money in such a short period. The mere fact that WT and Sidewalk have set themselves a one-year timeline for negotiating a final deal isn’t, in and of itself, a compelling case for spending those sums hastily.

It simply can’t be said too often that WT’s success to date has everything to do with its deliberate, open and methodical approach to planning. Measure twice, cut once. Let’s not pitch that guiding principle out the window just because a huge tech corporation has turned up, bearing gifts.

Will Sidewalk’s plan to spend US$50 million on pilot projects over the next year be considered a procurement (or, more precisely, an unsolicited proposal), and thus subject to the normal-course policies that have been put in place to guarantee probity in public sector purchasing?

Sidewalks CEO Dan Doctoroff has publicly expounded on his impatience with government processes, especially when more than one level is involved. He’s entitled to that view, of course. But if Sidewalk’s intention is to invest those funds in public projects (as opposed to privately developed buildings), it seems to me that there’s no reason why existing protocols should be suspended in the name of innovation or expediency.

Sidewalk’s proposal, for those who haven’t read it, includes a fair amount of commentary on finding new and faster ways of obtaining municipal approvals in the name of efficiency, etc., but it offers no views on procurement policies. WT’s RFP, in turn, stipulates that any “future” work awarded within the context of a finalized agreement with Sidewalks will be subject to “applicable procurement policies and the requirements of the City of Toronto or other authorities.”

Far less clear, however, is what happens during this interim period.

My main point is this: In the past three weeks, top government officials, as well as WT’s executives, have showered Sidewalks/Google/Alphabet with lavish praise, presumably to signal that Toronto is, as that hoary old saying goes, open for business.

Yes, let’s be open for business. But amidst this outpouring of conviviality and mutual admiration, WT and its CEO mustn’t lose sight of the fact that their primary role is to protect the public interest and our only waterfront. That entails bird-dogging the US$50 million Sidewalk has pledged to spend so that Torontonians can be confident the company isn’t just buying its way into a much larger and more lucrative opportunity.