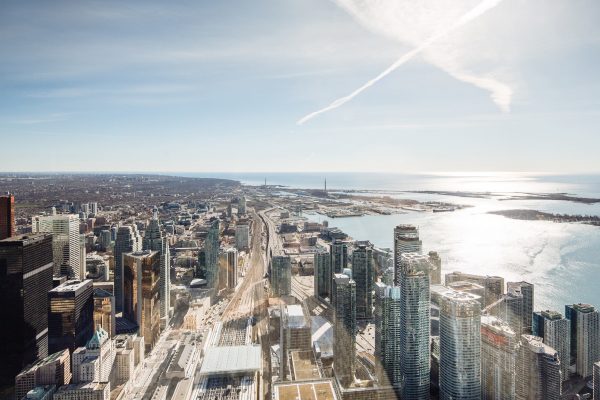 Has the outfit that promised to build a waterfront community from the Internet up decided that it needs a reboot, or at least an installation of the latest upgrade?

Late last week, The Globe and Mail’s Ottawa bureau reported that veteran Liberal insider John Brodhead had been recruited by Sidewalk Labs to join the company’s Toronto office – a hire that seems to indicate a subtle but important shift in approach for the Alphabet/Google-backed urban development start-up.

After high level stints in the offices of Ontario premier Dalton McGuinty, former Liberal cities czar John Godfrey, and Evergreen CityWorks, Brodhead returned to Ottawa in November 2015, with Justin Trudeau’s government, working initially with infrastructure minister Amarjeet Sohi and currently as chief of staff to Jane Philpott, minister of Indigenous services. Brodhead was heavily involved in the federal-provincial negotiations over the $1.25 billion funding for the Lower Don flood protection project, the funding allocation for which was recently finalized.

“You’d be hard pressed to find someone with more applicable expertise,” says Micah Lasher, Sidewalk’s head of policy and communications.

The move to hire a well-connected fixer obviously adds bench strength to Sidewalk, which, to date, has run its bid to secure a development deal for Quayside remotely from its head office in New York, with occasional high profile local forays attended by Sidewalk CEO Dan Doctoroff and other senior executives.

The company is also recruiting others to staff a new Toronto office. Brodhead, who starts at the end of April, will focus on forging relationships with the City of Toronto and Queen’s Park, but is precluded by ethics rules from dealing with federal officials. He will not be running the Toronto operation; Sidewalk has opted not to put a single person in charge up here.

The Brodhead hire, which sources say has been in the works since early February, comes at an extremely sensitive moment. While Sidewalk has been fielding tough questions about data governance in development projects that will include extensive deployments of sensors, the public policy conversation about user privacy has become increasingly radioactive due to the deluge of revelations about Facebook and Cambridge Analytica. Sidewalk and its government partners, says a source, are concerned about the rapidly evolving data privacy environment.

At the same time, say some government insiders, Waterfront Toronto’s stakeholders have begun to wonder when exactly Sidewalk will ante up a development plan instead of merely hosting more consultation sessions about general urban themes. “The impetus is on them to produce something,” says a City Hall source. “Doctoroff is everywhere, but are they actually going to do some work?”

There are still virtually no public details about Sidewalk’s plans for Quayside, a 12-acre parcel at the foot of Parliament estimated to be currently zoned for up to 3 million sq.-ft of density. The board’s Quayside Committee will meet tomorrow. But, as Bianca Wylie, an open government advocate and senior fellow at the Centre for International Governance and Innovation, noted yesterday on Twitter, a large chunk of the session will be held in camera for discussions about a communications strategy and plan development negotiations.

A Queen’s Park insider who knows the Sidewalk file feels the project planning is moving forward at the appropriate pace despite the lack of public disclosure. Still, the clock is definitely ticking, as Sidewalk officials last fall pledged to produce a plan that the Waterfront Toronto board could vote on by October. A federal source indicated one option may be extending the year deadline to finalize the proposal.

Such speculation, however, seems to contrast the company’s latest pronouncements. In an interview with Reuters last week, Doctoroff implied that work on the company’s development proposals have come along far enough that he hoped Sidewalk would be able to break ground in 2020. He also pledged to begin testing some of Sidewalk’s smart city technologies as early as this summer, which seems like an aggressive timeline, considering that the company hasn’t revealed anything about plans that will, presumably, require the approval of local authorities.

But Dan Levitan, a spokesperson for the company, insisted the Reuters story “made a bit much of this. Dan’s full comment, which did not run in the story, indicated that was only a possible timeline if lots and lots of other things, including public approvals, happened first.”

Besides managing expectations, Brodhead’s job will be to advise his new employers on how to speak Toronto and avoid PR glitches, such as the much-hyped launch of an archival photo app that turned out to be riddled with coding and factual errors.

He’s lining up meetings and presumably will be looking for ways to address lingering ambiguities that have hovered over the Sidewalk-WT proposal since day one, such as whether the deal under discussion is just the Quayside site or if the entire Portlands area is in play. A Queen’s Park source points out that much of the Portlands belongs to the City of Toronto, and that the discussion for the time being will focus on the smaller precinct. Adds Lasher: “We’re not looking to [Brodhead] to change our pace and timetable.”

After this week’s board meeting, Sidewalk’s public consultation process will resume in a few weeks, with a second roundtable scheduled for May 3, a few days after Brodhead starts with the company.

On the agenda: privacy and “exciting new local partnerships.”

Will there be more specifics? As WT spokesperson Carol Webb told me yesterday: “The May meeting will provide an update on the work and public feedback will further help focus our efforts – the intent is that each roundtable meeting will get into further detail. We’re not in a position to talk about implementation timelines – we’re still working on the elements in the plan. We know this is thin, but it’s where we’re at now.”