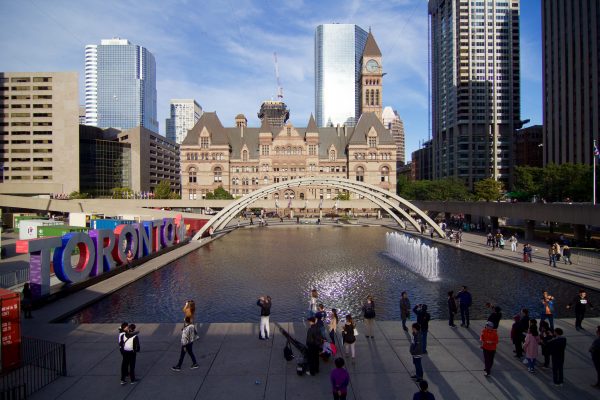 On the day after Doug Ford’s Progressive Conservatives passed a law stomping all over local democracy in Toronto, it’s worth pointing out a few key facts about the governance of this city.

The first is that the City of Toronto, as a municipal entity, existed for 33 years – roughly, the space between the Meech Lake Accord and today — before Canada’s founding fathers gathered in Charlottetown to divvy up the work of running the country.

Yes, the division of powers itemized in sections 91 and 92 of the British North America Act confer on the provincial governments extensive authority to manage municipal affairs. But if we’re invoking history, no one should forget that the British colonial administration established the Corporation of the City of Toronto on March 6, 1834, as a self-governing entity, with William Lyon Mackenzie, an obstreperous Scottish journalist, as its first mayor. This isn’t just a chronological curiosity. Independence is deeply embedded in Toronto’s civic DNA, if not the laws of the land, and this order of events should remind us why the city’s elected officials and citizens now need to push back against the high-handedness of the Ford regime.

The second point is that as governance reforms go, Bill 5 completely missed the mark. The real problem with municipal politics in Toronto isn’t the size of council or the duration of debates; rather, the failings flow almost entirely from the corrosive and anti-democratic power of incumbency.

Exhibit A: Giorgio Mammoliti, the sociopathic narcissist who disgraced us all when he appeared this week on Rebel Media, invoking Nazi-style rhetoric to call for the demolition of social housing at Jane and Finch and the “scattering” of its residents “like cockroaches.”

I am not going to waste pixels inventorying Mammolitti’s stunts and lies and outrages, except to note that Ontario Provincial Police fraud and corruption investigators have got him in their cross hairs over an aromatic land deal near Weston and Finch.

Rather, let’s talk about incumbency. Mammoliti has represented that part of North York since 1995 – 23 years, or seven elections, with this fall making eight. When he started, Jean Chretien was prime minister, Bill Clinton was president, and 911 was a number you called in emergencies.

Ward 7, “his turf”, is in many ways typical of Toronto’s inner suburbs. But if we dip into its demographics, several notable anomalies jump out. Ward 7’s population is growing far more slowly than the city’s overall. The area, moreover, has more children and youth than Toronto’s average, and significantly fewer working age adults. As well, Ward 7’s “dependency ratio” – children and seniors as a proportion of the overall population – is substantially lower than Toronto’s, meaning it is a region of the city that requires more services geared at vulnerable populations.

Continuing: Ward 7 has far more single-parent families and large families than Toronto overall. Over 70% of its residents are visible minorities, and almost three in five are first generation Canadians. Compared to Toronto overall, unemployment is higher and household income is lower. Italian-Canadians are the largest ethnic group by place of origin (7.8 % of immigrants), but residents from Vietnam, India, Jamaica, Pakistan, Philippines, and Guyana collectively represent 26% of the population there. If any part of Toronto demands responsive, progressive, and civic-minded representation, Ward 7 is it.

Now, think about Ward 7’s political performance: There are about 53,000 residents, and 32,000 eligible to cast a ballot. The turnout in the 2014 race was 48% — a full seven points less than the city overall. That figure, moreover, was the third lowest among all 44 wards, a detail that suggests something dissuades Ward 7 residents from participating in local elections more than all the demographically comparable inner suburban districts in North York, Scarborough and Etobicoke.

Mammoliti won 6,808 votes, which is about 46% of the total eligible but only one in eight of his constituents. He certainly beat the next closest challenger, Nick Di Nizio, but not by that much (1,200 votes). His 2014 victory, like almost all of the previous ones, was balanced almost entirely on his name recognition and, I’d assume, the bloody-mindedness of a certain subset of voters who enjoy his schtick.

Even setting aside Mammoliti’s pathological craving for attention, there’s simply no way of arguing that 23 years of uninterrupted incumbency, in this community with these outcomes, can be described as anything but an abject failure along every conceivable metric of municipal governance.

The province’s move to cut the size of council will have an impact on incumbency, as Glenn De Baermaeker’s decision to throw in the towel attests. Some, like Mammoliti, will try to hang on for dear life. In fact, I feel reasonably certain that he deployed his latest outrage in a bid to make himself more electable, or at least visible, for the looming run-off against Anthony Peruzza and up-and-comer Tiffany Ford in the merged York West.

But the coming shake-out of long-haul councillors – good, bad, and indifferent – certainly shouldn’t be seen as a reduction in the currency of name recognition in Toronto’s municipal politics. The next crop will be also able to exploit the benefits of the incumbency advantage for as long as they choose.

I have wondered for several years why we don’t have term limits – a three-term limit would seem reasonable, with 12 years more than sufficient for a new councillor to get established, advance local projects, and see them through. But then enough already.

It’s true there are long-serving councillors, on all points of the political spectrum, who do right by their constituents. But highlighting the good apples misses the point. The city’s democratic institutions by rights should reflect its social make up. Toronto is one of the most socially and culturally dynamic cities on earth, yet it is encumbered with a rigid, non-replenishing form of local government that allows political parasites like Mammoliti to survive, term after term after term.

With apologies to the ranked ballots folks, term limits is the magic bullet reform that would blow open local government to new voices. That’s the fix the provincial government desperately needed to make, and then failed utterly to deliver.

Instead, we will continue to contend with idiots spewing fascist dog whistles.