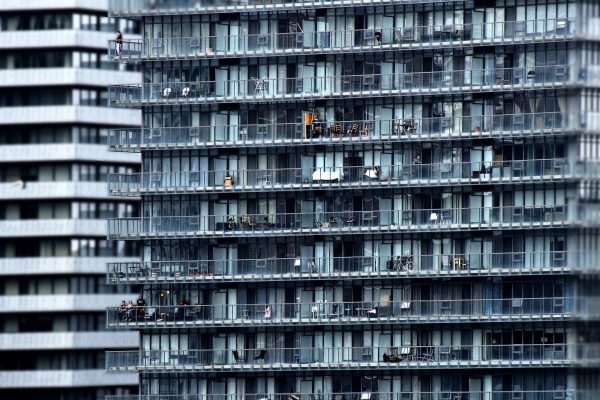 If you did the blink test on last fall’s municipal election (disregarding all the static created by Doug Ford’s intervention), it would be fair to say the ballot question was about housing and the city’s run away affordability mess.

So it was fitting that the lead policy item on the agenda at the first council meeting in December had to do with how the city can accelerate its production of affordable housing. Council hustled through a plan to develop eleven municipally owned properties that staff identified in December as potential locations for social housing.

This move represents the opening salvo in what’s being dubbed Toronto’s “Housing Now” agenda. The word “now,” of course, is a bit rich, given how the election campaign featured some useful exposition about how Mayor John Tory’s 2015 signature housing program, “Open Door,” had produced conspicuously thin results in its first three years.

Perhaps chagrined, the mayor exhorted council to “urgently scale up our efforts to increase the supply of new affordable housing” via a ten-year action plan, the first details of which will surface at the inaugural meeting of the executive committee later this month (January 23).

As he (correctly) described the magnitude of the challenge, Toronto is expected to add half a million residents over the next 20 years. “By 2041,” Tory noted in his letter to council, “there will be increasing pressure to provide new affordable and supportive housing options for seniors, low-income singles and families, persons with disabilities, and other groups that will struggle to find and maintain stable, affordable housing.”

So far, so good, and it’s certainly encouraging to hear the mayor frame the issue this broadly. But the proof of council’s determination will lie in its willingness to use all the policy tools at the city’s disposal, which means going well beyond the re-development of public lands and the bagging of new federal housing grants, although both are crucial elements.

The solutions must also involve long-overdue planning reforms and difficult conversations about the role that “stable” residential neighbourhoods will need to play in addressing what increasingly looks and feels like an existential civic crisis. In other words, if the report that lands at executive committee in three weeks doesn’t recommend non-cosmetic changes in land use planning, zoning, and the approvals process, council’s bold “housing now” rhetoric will be little more than window dressing, and, what’s worse, an abdication of the municipality’s responsibility to the city’s future.

Spacing will be exploring these issues in further detail in the months to come, but here are two elements that should be part of the discussion going forward:

Given that the swelling chorus of voices pushing the city to take action on this set of fixes now includes the Toronto Region Board of Trade, (TRBOT) it’s safe to conclude that Tory & Co. would have plenty of political cover if they want to order up planning reforms that loosen the rigid restrictions on the gentle intensification of “stable” residential neighbourhoods with non-intrusive rental projects that range from duplexes to walk-ups.

As TRBOT’s housing agenda report points out, adding just one residential unit per hectare across the so-called yellowbelt — neighhourhoods designated just for detached houses — would create accommodation for 45,000 people (this number is just shy of the net number of newcomers who settle in Toronto each year).

Yet if the missing middle is to become part of Tory’s Housing Now agenda — as it certainly should — council will have to crack open something called Official Plan Amendment 320, (OPA 320) the city’s updated “neighbourhoods” policy, which was approved in 2015 but only finally settled at the Ontario Municipal Board this past December after the disposition of numerous appeals.

Planning experts understand that OPA 320 is a measure that effectively flash freezes development across a very broad swath of Toronto’s residential neighbourhoods, and accomplishes this dubious goal with super subtle policy language about maintaining the “prevailing physical character” of these areas.

Though OPA 320 has truly profound long-term consequences for where intensification may and may not occur, it became an official city policy despite a breathtaking lack of scrutiny. As the original staff report noted, all of 35 people showed up to the statutory public meeting where it was first bruited, and only one of those individuals spoke up in favour of more European-style intensification within neighhourhoods. As far as I can tell, OPA 320 has been mentioned exactly once in the media, in a Globe and Mail story from last year. (Mea culpa: Spacing missed it as well.)

The culprit, of course, is a municipal governance system that produces local councillors who depend on homeowner votes for their political survival. But if the residents of Toronto’s neighbourhoods believe their city should include housing for teachers and nurses and occupational therapists and baristas and public servants and all the other people who can never afford an $800,000 home but get the city from one day to the next, they’ll have to begin thinking differently about who gets to live where.

There’s been a great deal of talk in recent years about how to do better public consultation — a conversation that includes everything from more engaging communication techniques in meetings to improved electronic outreach and opportunities for feedback, as well as the growing use of specialized consultation experts to manage these processes for government clients.

Despite that, NIMBYism continues to be an extraordinarily potent force in local land use discussions, one reinforced by the bureaucratic rhetoric about “stable” neighbourhoods that’s baked into the city’s foundational planning documents. After all, if residents’ groups can point to official plan language about ring-fencing neighbourhoods with policies that have been rigged to exclude, no one should profess surprise about the tenaciousness of this kind of orchestrated homeowner resistance.

The first stubborn paradox at the heart of all such consultation exercises is that the participants will never include all the people who really want to live in these areas, if only the city would allow for a modest measure of intensification. Such residents, however, are only theoretical people who will never materialize because monied local voices, formal planning restrictions, and the approvals logjams facing small contractors can easily conspire to prevent them from materializing.

The second stubborn paradox is that much of the city’s most prized residential real estate was built without a whit of public consultation, and instead reflects the far less prescriptive approach to neighbourhood building that prevailed in the pre-Second World War era, when much of the older city was developed.

The contemporary reality, of course, is that the expectation of dutiful consultation is hard wired into the rituals and regulations of our land use planning system. Yet it seems to me the city needs to rethink it’s approach to these approvals processes.

There are many ideas about how to improve consultation, but one of the most critical involves framing the issues as broadly as possible. It is incumbent on the consultants and city staff managing such consultations to inform participants about the broader social context in which housing policy and approvals decisions are made, and then to ensure that non-homeowner voices are present in these conversations, e.g., residents of local apartments or group homes. Absent a wider range of voices and individuals with a real stake in the outcomes, such sessions offer nothing more than an echo chamber for organized NIMBYs with the resources to mount a vigorous defence of their own financial and social interests.

None of this change will happen unless Tory can convince his council to re-think some bedrock assumptions about where intensification belongs in Toronto, and why. For well over a generation now, the lion’s share of new housing in Toronto has been shoe-horned onto re-zoned commercial or industrial lands, often at ridiculous densities and only after absurd fights with residents organizations (see, by way of example, any of the many backlashes against mid-rise projects on arterial roads). The countless current and future Torontonians who have been permanently priced out of the city are paying the price for this planning status quo.

The cooling of the real estate market potentially presents a window for city officials to scope out reforms in a calmer environment where speculation and homeowner debt don’t dominate public conversation. Yet, if Tory and this council genuinely want housing now, as he claims, they’ll have to seize this opportunity and confront the fundamental failures in the city’s planning policies. It’s a generational fix that will require equal measures of courage and foresight, but one that must be seen as an indispensable part of the housing affordability solutions that emerge from City Hall in coming months.