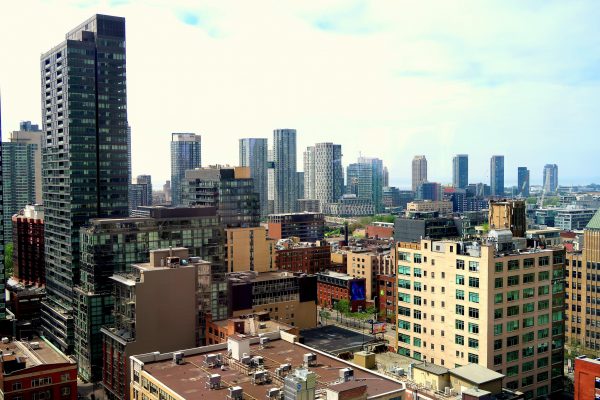 John Tory’s executive committee convenes today to consider, among other items, the fleshed out implementation strategy for the first phase of his Housing Now plan, launched in December and following from his election pledge to build 40,000 affordable units over the next twelve years.

The plan calls for the construction of about 10,000 units on 11 city-owned parcels. About two-thirds will be rentals, and 50% of those – 3,700 – will have rents set at 80% of Toronto’s average. The report proposes priming the development pump with all sorts of tax and levy breaks totaling an estimated $280 million over a century. (The program before council represents one quarter of what Tory promised.)

All great news, of course, but my question is, what exactly changed that caused the municipality and the mayor to suddenly pull this rabbit out of the hat?

The answer, to be clear, is not the election, although Tory’s mandate clearly prompted him to deputize city officials to take swift action.

The true explanation is that absolutely nothing changed between the end of the last council and the beginning of this one. The underlying social issues are long-standing. The city lands have been sitting there since time immemorial. The planning and financial tools all exist. So we should all reflect on the fact that the city had – and almost surely still has – abundant resources with which to take action on the housing file; the only thing that was missing was the political will to do so.

Having left the gate with an apparent head of steam, Tory and his housing team will have to methodically tackle all the normal course bureaucratic challenges to ensure this ambitious affordable housing plan doesn’t lose momentum, as happened to the Open Door strategy, which the city launched with much fanfare after the 2014 election and has dramatically under-performed.

These obstacles include rear-guard actions and councillor nit-picking (e.g., complaints about the loss of suburban parking lots, as reported yesterday by the CBC), and an ebbing of resolve about the financial incentives proposed. Indeed, Tory may have to wrap his head around finding new resources of tax revenue to make up the difference. I’m encouraged that the Housing Now package includes funding for a dedicated implementation team. But Tory can’t just sit back and assume it will all go swimmingly from here on; he’s got to bring the council fussbudgets to heel.

Beyond all the political/logistical minutiae, it seems to me there’s whole other layer to this undertaking that the city, the mayor and council mustn’t neglect, which is the Big Idea that animates the whole exercise and gives it a source of momentum beyond whatever council or the mayor’s office chooses to engineer.

The first wave of Toronto Community Housing revitalizations (Regent Park, Alexandra Park, etc.) emerged in the early 2000s from a somewhat sly recognition that the city could essentially kill two birds with one stone: re-develop derelict social housing and trigger private development using a financial formula that looked great on paper but hasn’t worked out quite so neatly in practice. In the main, these projects — inspired by similar exercises in places like Chicago – were driven by a pragmatic conviction about the virtues of public private partnerships.

The 11 Housing Now sites – and the others that may follow if Tory comes through on the 40,000 unit promise — don’t have current inhabitants, nor are they bursting with unrealized market value, as was the case with both Regent Park and Alexandra Park.

Rather, they are tabula rasa locations that can be developed as the city chooses. I can’t think of any recent precedents at such a scale. For this reason, the over-arching vision is critical, and, thus far, appears to be entirely missing in action.

I’ve been reading recently about the story of “Red Vienna,” and how a socialist municipal administration elected in 1919 launched a determined and intensely controversial social housing program meant to alleviate poverty and over-crowding in an industrial city that had seen its finances gutted in World War One. Between 1923 and 1934, the city levied taxes on wealthy land owners to finance the construction of 64,000 subsidized apartments in dramatic, blocky complexes developed on municipal land. Generations and a whole lot of history later, Vienna has continued the tradition of leveraging municipally owned land for social housing.

I’m well aware of the fact that a great deal of human misery has been created over many decades by `visionary’ social housing programs that turned out to be death traps. But it’s possible to find much more contemporary examples grounded in compelling and historically aware ideas about the role of subsidized housing in fast-growing cities facing acute affordability crises. Indeed, Toronto has a prime example in the St Lawrence Neighbourhood, developed in the 1970s.

A more recent case: New York’s mayor Bill de Blasio in 2014 launched an incredibly ambitious affordable housing program that aims to build or protect 300,000 homes and apartments by 2026, with up to 40% geared at New Yorkers earning under $46,000 a year. Over 120,000 have been completed in the past four years – a staggering accomplishment. The program is animated by eight guiding principles (see page 8, which is well worth reading).

I can find no evidence that anything like this undergirds Housing Now.

Besides these objectives, NYC’s program has also foregrounded the importance of urban design, and the process has included the development of design standards for projects that will receive funding.

It’s interesting to note that New York’s plan, which extends well beyond municipal real estate, explicitly references the role of land use planning in the provision of affordable housing – a topic that has been hotly debated on Twitter in the past few days in a fascinating exchange between planning consultants Blair Scorgie and Sean Galbraith, council veterans Adam Vaughan and Gord Perks, and the Globe and Mail’s architecture critic Alex Bozikovic (among many other voices).

I’ll leave off by quoting one of NYC’s eight principles: “In future re-zonings that unlock substantial new housing capacity, the City must require, not simply encourage, the production of affordable housing in order to ensure balanced growth, fair housing opportunity, and diverse neighborhoods.”