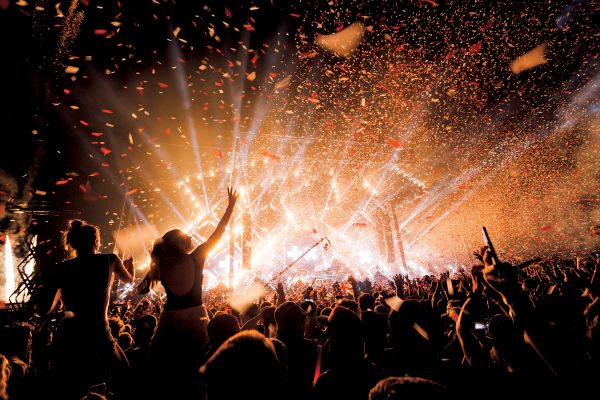 Since January 2017, Toronto has lost more than one live music venue per month, with 76A, The Central, The Comfort Zone, Hard Rock Café, Harlem (East), Holy Oak, The Hoxton, Ratio, Seven 44, The Silver Dollar, Soybomb HQ, and Studio Bar all closing their doors.

Over the past five years a number of notable venues have also shuttered, including The Brunswick House, Cabal, El Mocambo, The Guvernment, Neutral, Not My Dog, Rancho Relaxo, S.H.I.B.G.B’s, Siesta Nouveaux, Tattoo, Wrongbar, and Zipperz.

It’s an inordinate amount of closures for any city, but especially one that’s been marketing itself as a “Music City” since 2013.

Forming a Toronto Music Advisory Council, a Music Office, and hiring a Music Officer were the first three steps taken by City Council to forward the branding vision that aimed to capitalize on Austin, Texas’s own success as “The Live Music Capital Of The World.” Those recommendations came from a 2012 report commissioned by major label lobbyists Music Canada, called Accelerating Toronto’s Music Industry Growth — Leveraging Best Practices From Austin Texas. That study was spurred by findings from an economic impact analysis of the Canadian recording industry earlier that year, which found that live music in the country, and particularly in Toronto, was beginning to supersede recorded music in terms of gross profits.

But if that’s the case, then why are venues closing at all, much less at such an alarming rate? This is an unprecedented moment in Toronto’s music history where both government (local and Provincial) and industry are working in tandem to support the live music sector. So much money and attention is being paid to Toronto’s music scene right now, yet none of that money seems to be making its way back to music venues, or at least to ensuring there’s more stability in the industry at a time when live music revenues are supposedly increasing.

This is a disparity unfolding not just locally, but across North America, in cities like Austin, Nashville, and New Orleans, where rapid growth — and the rising rents, redevelopment, and noise complaints that come with it — is putting the music scenes that made those cities appealing to begin with in danger. In Canada we have the benefit of granting bodies to help supplement the arts, but even those organizations seem uninterested in offering direct assistance to music venues.

In 2013, Ontario Premier Kathleen Wynne announced a new $45-million fund for the music industry that would be distributed over a three-year period. The Ontario Music Fund was a sizeable upgrade for the Ontario Media Development Corporation (OMDC), overseeing the fund on behalf of the government, who had been giving out much smaller awards to musicians and music organizations since 2007. According to the OMDC’s guidelines, venues are not eligible for the award unless they also book their own shows, which is not a standard practice in the industry. Instead of venues, the majority of the OMDC’s Live Music fund goes to music festivals. The Celebrate Ontario grant, put forward by the Ontario Ministry of Tourism, Culture and Sport, also only awards money to festivals and special events.

The Ontario government is not alone in their preference for festivals over brick and mortar venues; worldwide there is a purposeful move in favour of what author Jonathan R. Wynn calls, “festivalization.” In his book, Music/City, Wynn coined the phrase to describe the rise in “short-term events [that] are used to develop, reinforce, and exploit an array of communal goods, churning out costs and benefits both near and far.”

The communal good most at stake with these festivals is public space. As rising rents, redevelopment, and noise violations are displacing established music venues, and the higher costs associated with that displacement makes the remaining venues less appealing to promoters, the live music industry is turning to public spaces within the city for their private events, often with public money, and using them for their for-profit ventures.

We see this as new festivals arrive in the city and set up shop in public parks like Fort York, Downsview, and Woodbine. This trend is most vividly represented in North By Northeast’s shift from a club-hopping, cross city a la carte model, to a centralized location at the City-owned Port Lands (with some ticketed club shows for good measure). Wynn refers to the original NXNE model, which for 20 years would take over 50 venues across the city over the period of a week, as a “confetti” pattern, while the more focused model they adopted in 2016 is called a “citadel.” Both have their benefits, but the latter offers organizers more control.

In 2014 NXNE made artists performing at the festival adhere to a radius clause which prevented them from also performing within the “Toronto Market” for a period of 45 days. The intent was to prevent large bands from playing other nearby festivals, but it created a great amount of concern among the smaller, local bands that regularly play multiple shows throughout the GTA in a given month. A petition with 3,000 signatures killed the initiative that year, but the radius clause anticipated the festival’s shift to having a smaller, much more manageable footprint.

With the citadel model, NXNE doesn’t have to contend with other promoters throwing shows nearby that might dilute their audience, or offer conflicting sponsorships. Whereas previously NXNE was integrated into the fabric of the city itself, now, as a site-specific event, they have a greater stake in placemaking, imposing a carefully crafted image of “culture” in an area that didn’t have it before. 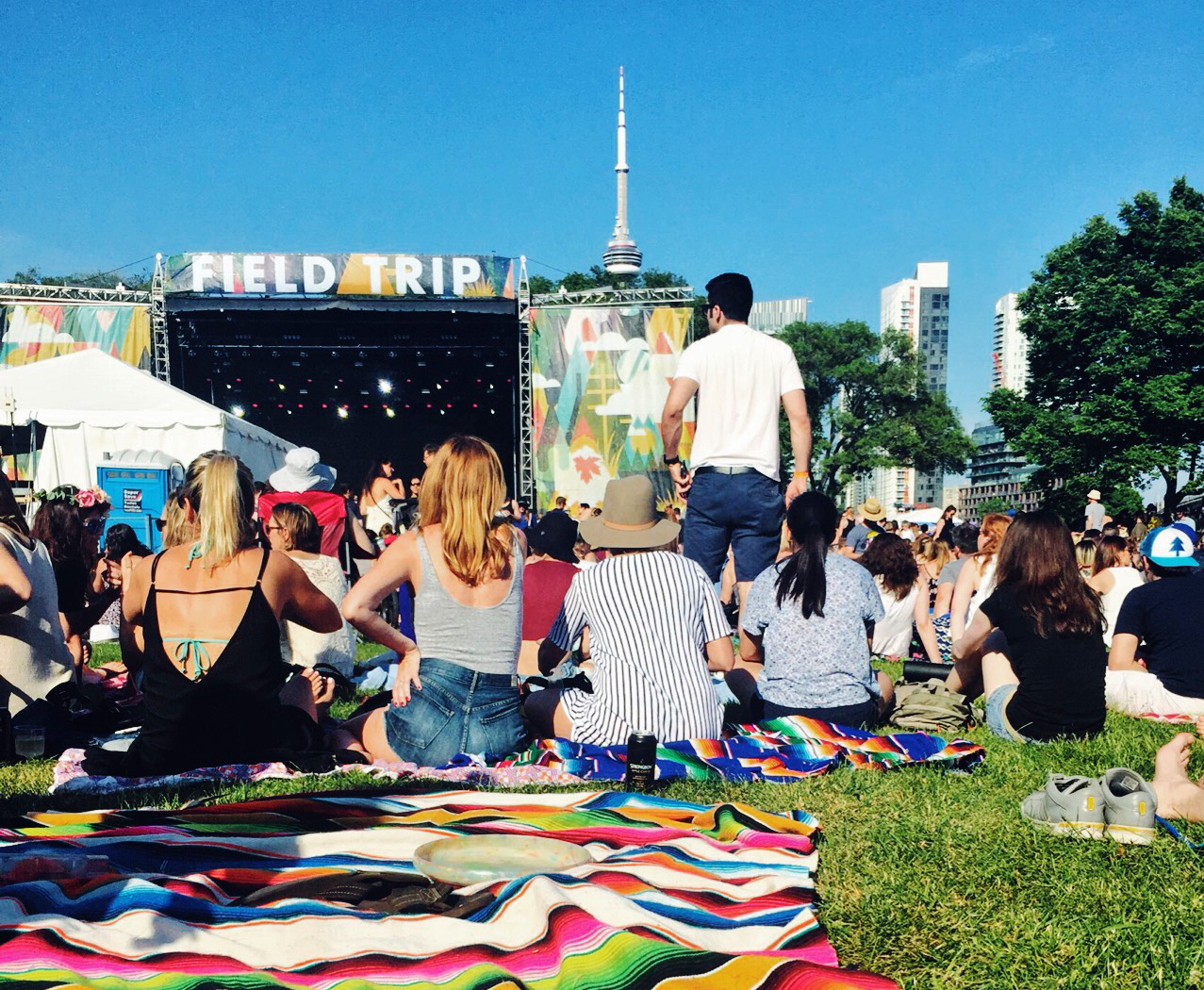 This isn’t an isolated incident. Like NXNE, Veld, an electronic music festival, and Field Trip, the annual festival organized by local indie label Arts & Crafts, get top dollar from granting bodies like Celebrate Ontario, and take place in Downsview Park and Fort York, respectively. Both public parks are situated next to some of the largest areas of redevelopment in the city right now.

Wynn takes a neutral approach when describing the function of festivals in cities in his book, describing them as maximizing “the use of publicly held spatial resources within a limited time period, potentially increasing the value of those public goods, while also nurturing proximate, related amenities.” Festivals can have an immensely positive effect on surrounding neighbourhoods and businesses, but given their temporary nature, those benefits are often in the short term. The long-term effects of festivals and of festivalization in Toronto tell a different story.

Follow the root of the “Music City” plan and you find a cycle of government money being put into festivals that shape, define, and make neighbourhoods desirable to both citizens and developers. Until we have a savvier set of laws like San Francisco’s “agent of change” policy, which would require new developments to respect an existing neighbourhood dynamic, the resulting influx of new people and development will continue to oust longstanding small music venues that don’t get the benefit of government grants. Those small venues serve as incubators for the talent who ultimately benefit the most from having so many music festivals within close range. Without those spaces, there will be no emerging artists, and no “Music City” — just a “Festival City,” and whatever we will have built will have arrived at the expense of a healthy, sustainable future. 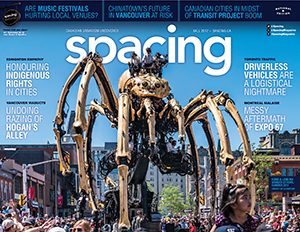