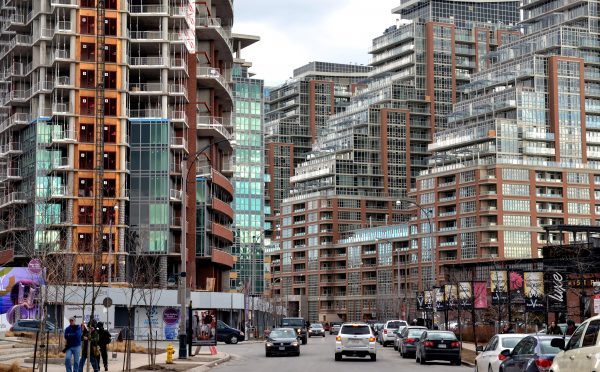 Premier Doug Ford says weakening planning law will get more housing built and that will solve our affordable housing crisis. This appeals to people who believe that housing costs are primarily a function of supply and demand. Prices fall when supply grows. Thing is, housing economics don’t work that way and never have.

Land speculation is as old as the hills. Wealthy people have always been placing bets that land prices will keep rising and they can resell at a profit. In the meantime, the rents paid on the land provide a tidy revenue stream. Their profit-taking doesn’t reflect any productive investment. It does increase the cost of land and what you and I will pay to live on it.

When investors are making money faster than the economy grows, their share of the economy gets bigger. The rich get richer and the rest of us fall behind. This matters most in housing.

Valued at over $US160 trillion, the global housing market is the biggest financial object in history. It is the biggest part of most nations’ GDP. New housing construction by itself is the leading industry in the GTA and has been for most of my lifetime.

The world’s biggest river of money attracts a lot of operators looking to divert a little of the flow their way. If you pay rent, or have a mortgage or a line of credit against your home, every month you are paying investors.

Over the last few decades, the nature, scale, and impact of land speculation have changed. A combination of financial de-regulation, the growing concentration of wealth (as noted by Piketty), and the arrival of light-speed digital money-movement has morphed speculation into something entirely new: the financialization of housing.

In a financialized housing market, you are now paying multiple layers of investors through new instruments like mortgage–backed securities and real estate income trusts. In a financialized housing market, new global landlords swoop into up-and-coming markets anywhere in the world, land flips and flips and flips through numbered companies, and a wide array of investors back condo developers for big short term profits.

That all sounds abstract. Here’s a way to understand financialization more viscerally (I am stealing this explanation from economist Hugh MacKenzie):

Imagine that each of us who works to pay rent or a mortgage is chugging around a race track every month. Up in the stadium, thousands of investors bet on whether or not we get over the finish line. They are the people who own the financial instruments that underpin the private housing market. Every time we make a lap, we pay them and they profit. Thanks to the dynamic of r > g, those of us labouring around the track have to pay more and more for the same amount of home. Each lap gets harder. Because those investments are speculative, if enough of us fail at the same time, the global economy crashes.

The financialization of housing through mortgaged backed securities led to the global financial crisis of 2008. Banks collapsed. Trading houses like Goldman Sachs vanished without a trace. Entire countries went into default. Jobs vanished. Personal bankruptcies soared. A good argument can be made that this contributed to the emergence of the politics of Trump, Brexit, and Ford.

That’s financialization and it has nothing to do with the simple supply and demand curves taught in high school. It makes housing more expensive. It increases the concentration of wealth. It is an insanely risky way to run the biggest economic sector in the world.

What to do? The obvious answer is to take the stadium full of investors out of the picture. We need to replace them with social housing. Think Medicare, but for housing. This sounds like a tall order, but we have ground to build on. Until 1998, our federal government was a big investor in social housing. A generation ago, the federal government contributed to Toronto’s public housing company City Home. It was known for high quality housing and building strong communities. In the 1970s, the federal government helped build Toronto’s St. Lawrence neighbourhood, which to this day is a model of what mixed income housing and the co-operative housing movement can do.

Other places didn’t leave this path the way we did. In Berlin, which already has a thriving social housing sector, they are looking at expanding their portfolio by expropriating privately-owned apartment buildings. Glasgow has a rich mixed-income system that offers choice, flexibility, and a high degree of tenant inclusion in decision making. Vienna houses an astonishing 60% of all inhabitants in social housing.

These, and many other cities, provide social housing options that include people from a wide range of incomes. It’s the mix that makes them work. It prevents the concentration of poverty, and generates enough rent to be self-sustaining, even profitable. Here, we have fallen into the trap of thinking that social housing is only for the poorest among us. Because they represent a minority with little social power, we neglect their homes and neighbourhoods. If we make social housing the norm and not the exception, the political will to make it high quality and attractive will be an inevitability.

But, what about the cost? Here’s the good news: that stadium full of investors is not wrong. Housing is a good investment. If we build up the socially-owned, mixed-income portfolio, the owners (us) will get the benefit. Instead of helping the wealthy, we will help each other. Housing will pay for housing.