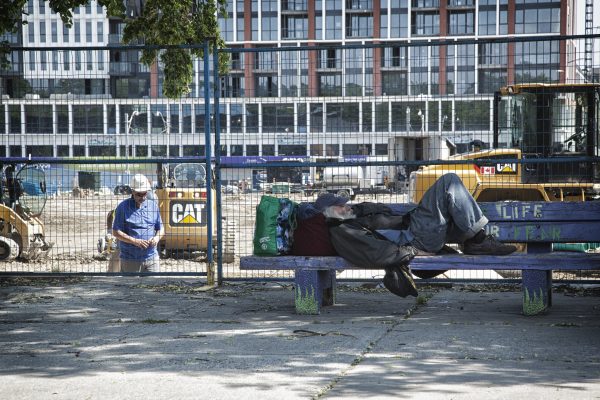 In June, 2019, Toronto’s Auditor General, Beverly Romeo-Beehler published an audit on Rent-Geared-to-Income (RGI) housing. According to her report, entitled “Opening Doors to Stable Housing, ” there are 1,400 vacant RGI bachelor and one- and two-bedroom apartments in buildings owned by the Toronto Community Housing Corporation and Toronto’s not-for-profit subsidized housing providers. In fact, Romeo-Beehler cites the TCHC primary vacancy rate as 2.29%, more than double that of the 2019 market primary vacancy rate of 1.1%.

Of those 1,400 vacant units, 140 are being used by contractors to store construction materials and tools, and as onsite offices. Some are being used to facilitate tenant participation programs. Others still are being used by various community organizations. To add insult to injury, not-for-profit housing providers still receive the subsidized portion of the rent from the City of Toronto even for vacant units, costing taxpayers $7 million in unnecessary rent subsidy payments in 2018.

Romeo-Beehler recommends that construction materials and related office equipment be moved to mobile storage trailers, and that programs and community activities cease to be conducted in vacant units.

Given current vacancies in the “entire social housing system,” she writes, “it is likely that subsidized housing could be provided to at least 2,200 more people.” That number roughly corresponds to “the over 2,000 [homeless] applicants who list an emergency shelter as their current address.” Romeo-Beehler notes that homeless applicants “have not been flagged as a priority in the centralized waiting list system” and recommends that their applications be prioritized.

There were also 2,000 applicants in 2018 who could not be reached when housing placements were found for them. Although Romeo-Beehler does not establish a direct link between these people and the 2,000 homeless applicants, there is likely significant overlap.

There are reasons not necessarily related to homelessness that can make it difficult to reach an applicant. She observes that “when housing units become available, incomplete, out of date or incorrect applicant information slows down housing providers’ ability to reach applicants to offer them an RGI unit that matches one of their preferred locations.”

Romeo-Beehler recommends addressing those issues by “improving the integrity of the waiting lists to know exactly who is waiting and eligible for RGI housing assistance” and “strengthening controls related to RGI housing assistance and increasing integration efforts across income based programs.” (The City’s shelter, support and housing administration (SSHA) accepted all her recommendations.)

But are prioritizing homeless applicants and integrating waiting lists enough?

From June, 2018, to April, 2019, I was one of the 2,000 applicants staying in a Toronto homeless shelter. While there, I observed how shelter policies and staff conduct also contribute to delays in processing homeless applicants.

Shelter clients can be discharged by staff at any time during the day or night, and in all types of weather for any number of real or perceived infractions, and often for the most arbitrary of reasons. Homeless shelters are overcrowded and rife with bullying, which increases the likelihood that conflicts will occur and results in one or more clients being discharged. I have even seen some staff members instigate conflicts between clients.

When a client is discharged, shelter housing workers are forced to abandon that person’s housing applications in order to focus on applicants that are still in the shelter.

Discharged clients are thereby shut out of the system completely and are virtually personae non gratae as far as their housing applications are concerned. The client remains so until they’re either re-admitted into the same shelter that has their housing case file, or are admitted into another facility and then have those documents transferred. The more often a client is discharged, the higher the probability that housing workers can’t reach them when a placement is offered.

Spacing asked the City’s Shelter, Support & Housing Administration to respond. Through a spokesperson, SSHA officials said the system provides shelter to 20,000 individuals annually, about a quarter of whom are chronically homeless.

“Clients are not discharged from shelters arbitrarily….The City of Toronto and our community partners are committed to delivering high-quality services that improve the lives of individuals and families experiencing homelessness. SSHA officials follow the Toronto Shelter Standards to ensure consistency.

“Even when there is an unplanned discharge, the City attempts to continue to provide access to shelter services and supports. The City encourages people with feedback about shelters to first speak with the service provider directly. Crisis Prevention and Verbal De-escalation is mandatory training for shelter staff.

“Most people exit the shelter system in less than two months and the primary cause of homelessness is economic. But the few that remain use the majority of the resources and have the most significant challenges.

“Staff and service providers are dedicated to the dignity of clients and work tirelessly to ensure clients receive the highest level of service possible. Shelter staff have a Code of Conduct that outlines acceptable, professional behaviour…Shelter providers will ensure that discharged clients have a discharge plan in place (e.g., to housing, to treatment, to hospital), whenever possible. For up to 12 months following discharge from the shelter, and at the request of the client, the City will provide follow-up services or referrals.”

Without changes to how and why homeless shelter clients are discharged, merely prioritizing homeless applicants and integrating waiting lists will likely have little impact.

The cost of delays in processing those 2,000 homeless applicants far exceeds the $7 million in pointless subsidy payments for vacant apartments. A 2017 study published originally by the Canadian Medical Association Journal and reposted by Homeless Hub cites the average annual cost per homeless person in Canada as $53,144. If we multiply that by 2,000, the total cost to taxpayers in 2018 was $106,288,000.

Not only could that cost have been avoided, but Toronto’s current homeless population of 8,715 could have been reduced by about 25%. That, of course, says nothing about the human cost of unnecessarily prolonged homelessness incurred by the applicants themselves.
While recommending an extensive overhaul of the system, Romeo-Beehler still asserts that “all stakeholders have a common commitment to improving processes and systems to be able to help more people to get stable housing faster.”

Really? Taxpayers and at least 2,000 homeless Torontonians would likely beg to differ.

John Clapp reports on affordable housing and homelessness for Toronto Storeys and is a contributor to House Divided (Coach House Books, 2019). He wrote about being homeless in this city in July for Toronto Life.