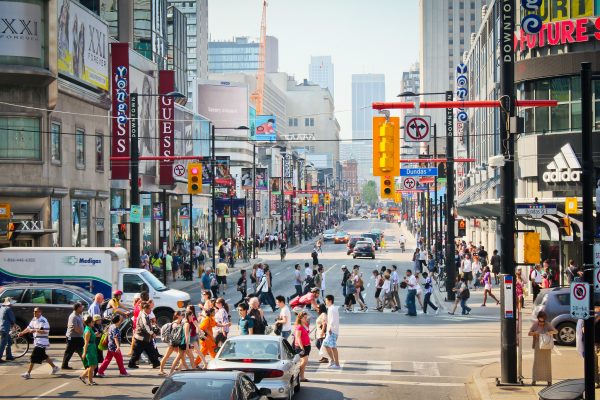 Does one call it callous disregard for human life or rank incompetence? Or a combination of both?

I am referring to the deaths of 48 people — pedestrians and cyclists — so far this year due to traffic accidents. These were largely preventable deaths, provided there had been effective traffic enforcement.

A report by Toronto police chief Mark Saunders for the November 21 meeting of the Toronto Police Services Board (TPSB) admits as much. The board asked for this report in July, 2018, following a request from the City, which itself was prompted by public pressure as a result of the senseless killing of an elderly bicyclist by a careless car driver.

There is no explanation as to why it took Chief Saunders over a year to respond when, under the board’s rules, reports in response to its decisions are due within six months — or sooner if so directed.

Could it be because Saunders is now proposing to make a U-turn, implicitly admitting that the approach used since 2016, that downgraded traffic safety as a priority and replaced police enforcement with an over-reliance on technology, has been a total failure?

A key feature of law enforcement culture is that police leaders do not admit easily to failure or mistakes. Typically, the November 21 report provides no explanation for the inordinate delay.

But then, there is no evidence either that the board or Mayor John Tory ever followed up and demanded that Saunders expedite his response. No one appears to have shown a sense of urgency.

At least the board or Tory should have done so, since the withdrawal of police from traffic enforcement was the direct result of the Tory-led TPSB’s modernization plan, loudly touted as “The Way Forward,” as well as his largely hollow Vision Zero initiative on street safety.

In the end, then, it is not only Saunders and the police service he runs that have shown a callous disregard for human life and incompetence. So has both the TPSB and the mayor, to whom Saunders reports.

Much has already been said about the essentially symbolic nature of Tory’s Vision Zero plan — if plan is the right word to describe it. It has had a negligible impact on enhancing traffic safety through changes to city planning, road design, street lighting, etc.

Vision Zero relies on the police for enforcement and education.

Yet, by Saunders’s own admission, Toronto police has not had the capacity to carry out these duties because it does not “currently have a complement of officers that are solely dedicated to enforcement duties on a daily basis.” According to his latest report, while the TPS’s Traffic Services officers are responsible for all traffic-related incidents in Toronto, their work is restricted to “collision investigations, alcohol and drug impaired driving investigations, photo evidence support, collision reconstruction and highway patrol assignments.” Investigation of major collisions is the TPS’ main priority while traffic enforcement is a supplemental role.

This is a stunning admission. What it means is that when it comes to traffic safety, our police get involved after the fact; they play no or very little role in preventing deaths or serious injuries.

We see the results daily on our streets in terms of the troubling rise in dangerous, aggressive driving which is one of the four big risk factors identified by the police and the City.

At the very busy intersection of Bathurst Street and St. Clair Avenue in my own neighbourhood, pedestrians cross the street at their own peril. It has become a common occurrence over the last few years for cars to drive through after the light has turned red. Not just one laggard, but several drivers enter the intersection when they should have waited.

Even more dangerous, perhaps, are crosswalks. Too many drivers speed up instead of slowing down and looking out for pedestrians waiting to cross, except for those few hours when a crossing guard is on duty.

It is clear from other anecdotal evidence, as well as the data in Saunders’s report to the board, that my local experiences are not unique.

So, the question arises: why is Toronto police not enforcing traffic safety, even though Vision Zero assigns it that responsibility exclusively? After all, for as long as I can remember, the safety of pedestrians and bicyclists had been a priority for the police board and the police.

I believe the culprit is the modernization plan jointly introduced in 2016 by the board and its newly appointed chief. The then-chair of the board and John Tory’s close ally, Andy Pringle, boasted that “The Way Forward” was a bold, action-oriented plan and had gone further than any such strategy developed previously. I had acknowledged that the plan had some positive features.

“The Way Forward,” was developed by a group of corporate heavyweights working under the joint leadership of Pringle and Saunders. It was the culmination of a process began in 2010–2011 when then- chief Bill Blair was directed by the TPSB to conduct a comprehensive organizational review to find savings in policing costs. In a discussion paper for the board’s consideration, I, as chair, spoke about developing a new model of policing consistent with contemporary needs and realities.

“The Way Forward” may have been intended to achieve this objective. Two of its key elements were the deployment of policing resources based on high priority as well as the extensive use of technology. Saunders presented himself as a strong believer in technology, including for traffic enforcement. His report for the board marks a turnaround.

A couple of things. Implementation of the plan began right away, with a complete moratorium on any new hiring along with deployment of police personnel restricted to emergency calls. Technology has not filled the gap for the simple reasons that it takes time to identify appropriate systems. There are also budgetary, technical, training and regulatory implications – and, above all, proper planning with attention to impact of change and need for mitigating steps is critical.

As Saunders now admits, he lacks sufficient staff while the technology is filling only a small part of the gap created by a hastily and poorly implemented plan.

Way forward or way backward? Callous disregard for human life or incompetence? Or all of the above?

Alok Mukherjee was chair of the Toronto Police Services Board from 2005 to 2015, and a candidate for the federal NDP in this fall’s election. Follow him on twitter at @Vote4Alok.