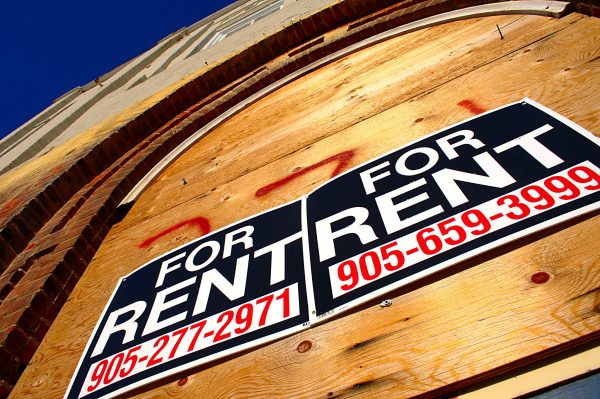 In the mad-dash scramble to call out the culprits and cheer on the saviours in Toronto’s ever-accelerating housing crisis, there’s been an outpouring of emergent thinking about what a solution could look like. Yet one fix is conspicuous by its absence: rent control that actually works for tenants.

Don’t get me wrong: the new ideas are welcome and important, but are almost all on the supply side of the housing equation. They run the gamut from conventional (developing rental and subsidized rental housing on public land) to the experimental (density transition zones, missing-middle-style intensification along collector roads and innovative approaches to co-housing).

More examples: a west end developer with a massive project rising on a former school board site last fall agreed, under community pressure, to underwrite an affordable housing land trust with two non-profit agencies. Closer to the core, the feds will pour $200 million from the National Housing Strategy into securing affordable rental units in Westbank’s giant Honest Ed’s project.

The latest addition to this list: so-called “worker’s housing,” which targets so-called “key workers” – teachers, nurses, social workers, trades people, etc. – who collectively get the city from one day to the next, but are increasingly priced out because their incomes bear little relation to even average rents or mortgage costs.

Last week, the Toronto Region Board of Trade, in collaboration with Woodgreen Community Services, launched the first in a series of three studies about worker’s housing. As the report notes, its focus is on those people earning between $40,000 to $65,000 a year – too much for subsidies, but well below the income required to live in Toronto without seriously stressing a household budget.

With apartment turnover falling from 14.5% to 11% between 2017 and 2018 and vacancies hovering in the 1% range, the TRBOT/Woodgreen study makes a strong case for better solutions targeting a broad swath of the city’s labour force.

The study even notes the damage inflicted on the economy: “High rents and house prices lead to unrealized spending, when money that could have been spent on economic activities is instead covering housing costs,” it notes. “A 2016 report estimated that if New York City rents had increased at inflation since 2010, $7 billion more could have been spent in the broader economy (emphasis added).”

Okay, so let’s talk about rent, which doesn’t really happen in the TRBOT/Woodgreen study, nor the city’s new 2020-2030 housing plan or most of what else passes for housing policy discourse these days.

In Toronto, average rents are forecast to jump by almost 7% this year – a rate that’s about three times higher than inflation was in 2019. Provincial rent laws, which the Ford government relaxed, ostensibly allow for 2.2% increases for 2020 for existing tenants. But of course those caps don’t tell the whole story, because landlords can re-set their rates whenever a tenant moves, or after a renovation. The tens of thousands of people renting condos are even more vulnerable.

With large international investors like Akelius racing to acquire apartment buildings, drive out long-standing tenants and hike rents, the reality is that the number of units now subject to speculative, rent-escalating pressures far exceeds new supply coming on the market due to government programs or planning rules.

In B.C., some recent policy measures – vacancy taxes and foreign buyers taxes — have cooled the demand side of the market, and both of these will be soon be part of the equation in Toronto (Ontario passed a foreign buyers tax in 2017).

A good start, but what about effective rent control as an adjunct to such measures?

The Ford government, of course, is running hard in the opposite direction. Toronto council won’t touch that topic with a barge pole, nor will most of the mainstream advocacy and civic society groups commenting on the housing crisis. What’s clear is that the dubious neo-conservative canards about the evils of rent control remain a point of substantial consensus in the minds of our policy makers, even as they shout from the rooftops about our utterly unsustainable housing woes.

It’s worth noting that other jurisdictions have had far more courage when it comes to re-tooling the landlord-tenant relationship as a means of addressing runaway housing costs in high-growth urban centres.

For instance, New York State last year toughened up its rent control laws, with new conditions on deposits, evictions and rent caps — a suite of reforms that go beyond recent rent control measures passed in Oregon and several other states, according to the New York Times.

Were landlord and developer groups upset? Yes. Did the sky fall? No.

Okay, did the real estate market crater? Interestingly, some business media stories noted that Albany’s reforms caused apartment building sales to “plunge,” as if such an outcome was a negative, and not an undeniably positive development. After all, the global financialization of the apartment building sector only benefits the real estate investment trusts and private equity funds that thrive on that kind of churn. By all means, let’s take the energy out of that market.

Beyond North America, the most high-profile rent control drama has been playing out in Berlin, where the local government passed a controversial law last year to freeze rents for five years; the legislation comes into effect this month.

While the law exempts buildings constructed since 2014, Berlin’s policy will reach tens of thousands of people living in an increasingly expensive city where about four in five residents rent. Notably, Berlin’s policy closes the loophole that allows landlords here and elsewhere to renovict and hike leases above inflation.

Berlin’s gambit has been met with legal and constitutional challenges. The Financial Times recently reported that the freeze “shakes the foundations” of the city’s construction and development sector. “It’s an absolute disaster,” the managing director of a Berlin roofing company told the paper. “I’ve lost €4.5 million in orders. It’s as if someone’s just turned out the lights.”

You don’t need to be a genius to surmise that even moderate/progressive pols in a development-besotted city like Toronto would recoil at the prospect of doing anything similar that might frighten the development industry’s horses.

And in the event, it’s not like Toronto council has the gumption, much less the jurisdiction, to follow Berlin’s lead.

But if you step way back and try to tune out the development/property management industry’s complaints about any kind of constraint on their profit-making rights, one point remains crystal clear: that cities, and therefore demand for housing, will continue to grow rapidly in the years to come. The market is not like the 1960s and 1970s, when the suburban exodus and general anti-city sentiment likely were doing as much to dampen investor interest in apartments as rent control laws.

The point is that in a period of constrained government spending, sky-high land prices and untenable housing shortages, a little demand side re-balancing isn’t going to scare away investment capital. But what tougher rent control laws will do is provide broader benefits to key workers, low-income families and urban economies that are now losing billions due to the greed of the international property sector.

Like politicians in Berlin and New York, we need to be talking about it, now.