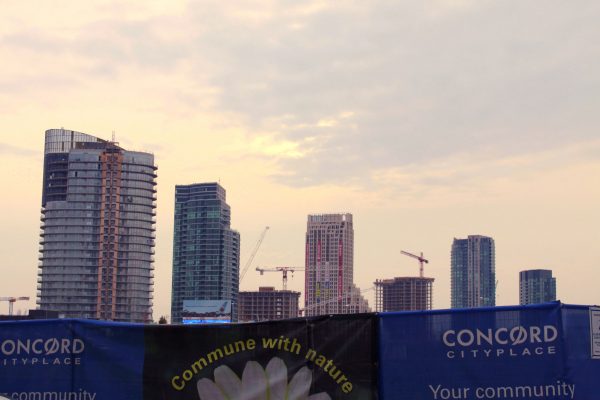 It is Toronto’s ur-question, the riddle of riddles, the fodder for a thousand earnest studies. What combination of public policy, political will and pixie dust is required to re-kindle the market for affordable multi-unit rental housing?

During the post-war decades, housing scarcity driven by population growth, demographics and immigration, the key policy levers that stoked the industry included a confection of federal mortgage insurance programs, obscure tax credits designed to attract investors and subsidies from Queen’s Park and Ottawa.

The result: a far-flung portfolio of slab towers, co-ops, non-profit social housing projects, townhouse clusters and public housing complexes that together provide a range of affordable rental housing for hundreds of thousands of people.

But neo-conservative policy shifts in the early- to mid-1990s rolled back federal mortgage insurance and cancelled other forms of affordable housing grants from the other orders. The result: an almost complete dearth of such buildings built since the early 1990s. Instead, we became condo paradise, a haven for pile-driver contractors and speculators, and a hellscape for tenants with modest means.

The City of Toronto is gamely trying to right this listing ship with the HousingNow initiative, which will see 10,000 rental units, both market and deeply affordable, developed on 11 city-owned parcels. According to CBC, CreateTO’s board, the city’s real estate arm, will approve another tranche of properties next month. While the project has gotten off the ground fairly quickly by Toronto standards, NIMBYs and obstructionist councillors have whittled down the density on several sites, according to tracking by the watchdog group, HousingNowTO.

The marriage of public land and apartment building development is a long-overdue move that echoes the approach used to great success in cities like Vienna.

But does the City have any other tools to add affordable rental units and slow the aggressive acquisition spree that has seen a surge of older apartment buildings flipped into the portfolios of global property firms that use a formula to oust low-rent tenants, make modest renovations and jack up leases.

This is a complex question, of course. Given that we’re in budget season, it’s useful to look to the city’s taxing policies for answers. As with so many housing policies, it’s a bad-news-possibly-good-news tale.

Four years ago, the provincial Liberals decided to try to reduce landlord costs in the rental apartment market by ordering municipalities to freeze property tax increases on multi-unit residential buildings (MURBs) if the gap between the rates on such properties was more than two times higher than residential property taxes.

The high-level policy idea was to narrow the property tax differential between homeowners and tenants, who once paid over three times as much but never saw a property tax bill. Toronto, as of 2016, still had relatively high rates for apartment buildings, so, as per the provincial edict, annual MURB tax hikes have been frozen. (Kathleen Wynne’s Liberals followed this move with a grab bag of cash and land transfers to the city, aimed to stoking the market for affordable rental apartments.)

It’s difficult to ignore the fact that the life of this seemingly well-intentioned attempt to level the taxation playing field has precisely coincided with the speculative run on older apartment buildings in the city. While those giant real estate investment funds, which don’t just operate in Toronto, are capitalizing on the immense market opportunity – surging demand, scant new supply – their pro formas surely look that much more robust because the property tax hikes on these assets have been zero-rated for three years, a condition that will continue in 2020.

Essentially, we’re subsidizing these massive investment deals involving the likes of Q Management LP, a private equity firm that’s raising $500 million to buy and flip apartment buildings, all of which contribute to the rampant financialization of the rental sector and the upward pressure on leases. A classic perverse outcome.

This regrettable dynamic isn’t acknowledged in staff reports. But, on the more upbeat side of the political ledger, there’s an intriguing footnote in the latest set of budget documents relating to the use of tax and fee breaks to incent affordable rental development – a brand new approach.

In response to a budget committee report request, city staff produced a report on the prospect of waiving various fees (development charges, permit applications, etc.) and property taxes on affordable housing projects over five years. City staff estimate the cost, based on the approval of about 1,700 affordable rental units per year, adds up to almost $600 million – an impressive subsidy to builders prepared to target tenants of modest means.

According to the staff assessment, foregone revenue will be covered by new income from development charges, parkland dedication levies and other sources. This incentive comes on top of the funds flowing from the new city building levy, which will generate $350 million through 2024 for both housing and transit.

On its face, it would seem this move – if it survives city council approval during the final budget debate coming next week – is focused sufficiently that it should, theoretically, produce fewer unintended consequences than other measures.

Still, tough questions remain. While the City’s 2020-2030 housing “action plan” calls for changing the definition of “affordable” – from a calculation based on average market rates to one based on household income – the staff report isn’t super specific about which category of affordable project will be the beneficiaries of these fee and tax breaks.

What’s more, we can — and indeed should — be asking how enduring these subsidies actually are. This very question has arisen with a round of federal grants that have flowed through the Liberals’ $40 billion National Housing Strategy.

In recent months, the feds unveiled various such incentives and the projects where they’ve landed. One example an $89 million, 259-unit project in Etobicoke where 207 units will be “deeply affordable” – i.e., pegged at 30% of median household income. According to the CBC, almost 90% of the capital costs for the developer will be covered by this grant.

The other is a $200 million grant for Westbank’s Honest Ed’s rental mega-complex. About a third of the 900-plus units will be priced so they don’t exceed a third of median Toronto household income. But 100 of those are pegged to 80% of average market rates – that misleading formula the city has used for years.

However, these incentives are extremely time-limited – just 10 years, according to CMHC’s Rental Construction Financing Incentive. Compare this horizon to the long-term rental stability that existed in places like the co-ops in St. Lawrence, which were built with federal mortgage subsidies in the 1970s.

So what will be the quid pro quo for the City’s new tax- and fee-based incentives for affordable rental? Will council’s horizon be a mere ten years, like Ottawa’s, or will these perks be offered only on the condition that the rents remain stable and genuinely affordable for the foreseeable future?

While the city has downplayed its new approach to priming the affordable housing pump, the quantum of the benefits are impressive compared to what’s been done in recent years. They’ll be even more praise-worthy if city officials are able to compel those developers to guarantee low rents over the long-run, not just the duration of the next economic cycle.